Diversity Wins - in Soccer as much as in Business

Current research project: When diversity should be intensified and when not

The UEFA EURO 2020 is off the table, at least for this year. This delay, however, does not diminish the apparent similarities between soccer and business when it comes to the question of diversity: do teams benefit from it or does it harm them? “It depends,” says Prof. Jonas Puck, Academic Director of the MBA Energy Management. In their most recent research project, the WU expert and his team have examined what exactly it depends on – both in soccer and business – and how executives can draw inspiration from one of the world’s favorite spectator sport when putting together their teams.

Studies confirm that diverse teams are more creative, innovative, open-minded, and more apt at solving complex problems. But research also shows that diversity can lead to strained communication and conflict among team members, which may slow down decision-making processes. Which is it, then?

Diversity in teams has been proven to be both a benefit and a drawback, says Jonas Puck, the Academic Director of the Professional MBA Energy Management and Professor of International Business at WU. Along with a team of researchers, he is currently exploring in which circumstances diversity boosts a team’s performance and when it is detrimental. “Unfortunately, it is almost impossible to conduct real-time research with existing management teams,” says Jonas Puck. However, the team found a way to replicate ideal lab conditions for empirical research: investigating soccer.

“In soccer, we can directly observe every game, player move, and strategic decisions, and compare it with data on players and scores from databases. This allows us to draw targeted conclusions on team management in business,” Puck adds. What is more: “Soccer games are always a kind of real-life experiment: the rules of the game never change, but the complexity of the game grows as soon as one team has scored a goal. From that moment on, the team has to weigh offensive strategies against defensive ones,” the business expert says. This is not the first time that Jonas Puck has drawn on soccer to examine business mechanisms: he has also done research on the ways soccer clubs are able to successfully implement internationalization strategies.

It is relatively simple to actively pursue diversity management in soccer: coaches can directly influence team diversity by exchanging players. As a result, the researchers have been able to analyze the impact of team diversity on the score and can predict the probability of certain behaviors and reactions of players of the opposing team.

The data on soccer clubs and players for Puck’s research project comes from the website transfermarkt.de. “We have analyzed the data of 75,500 players from six national leagues: the UK, Italy, France, Spain, Germany, and Portugal,” Jonas Puck specifies. The research team is focusing on games that took place between 2000 and 2018 and the following diversity criteria: market value, age, and height of the respective players as well as contract terms and ethnic origin to highlight intercultural diversity.

What the Data on Soccer Tells Us

Jonas Puck and his team are primarily investigating the offense, defense, and overall performance (points, score) of the teams. Although the research project is still underway, Puck has been able to present preliminary findings:

All in all – and not surprisingly – the research shows that clubs with an, on average, higher player market value tend to be more successful. With regard to diversity, the researchers have come to the following preliminary conclusion: “Teams that have fallen behind need more creativity: they need to change tack. This is why they become more successful when the coach puts on players who increase a team’s diversity,” Jonas Puck says. On the other hand, teams that are in the lead will be well advised to maintain stability and a strong defense. “This situation calls for players that pass the ball between each other without giving it away, preventing the opponent from scoring.” Substituting players to increase diversity would only stir up trouble; in this case, continuity is key.

What does this mean for managing a company? Diverse teams should be your weapon of choice in complex situations and change processes, allowing for more creativity, offensive playing, and risk-taking. If a business needs new perspectives and approaches and is not pressed for time, putting on employees whose background differs considerably from that of the others will most likely pay off. Companies that wish to return to more stability and continuity as soon as things have calmed down after a big change should tone down diversity within the respective team.

The research in the soccer lab is far from being finished: Jonas Puck has announced that the team is planning to use further data by Stats Perform/Opta on individual games and players to generate more targeted findings by the end of the year. So far, the researchers have analyzed raw data of 2,500 games.

For more information about the MBA in Energy Management, please click here. 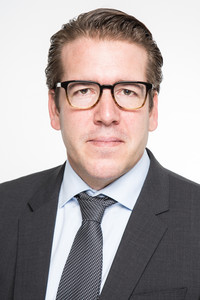 Jonas Puck is Full Professor for International Business at WU Vienna and the Academic Director of the MBA Energy Management at the WU Executive Academy. In his research and the courses he teaches, he primarily deals with the political, financial, and strategic challenges of international business activities, frequently focusing on the energy industry. He is the Vice-Chair of the European International Business Academy (EIBA), a member of the editorial boards of numerous leading international journals, and a partner of intior, a consulting business supporting smaller firms in international markets.