Worldwide #9 regarding program quality and #10 regarding network quality

Right on its first entrance in the renowned Economist Executive MBA (EMBA) Ranking, the WU Executive Academy’s Global Executive MBA came in 46th, achieving an excellent placing among the top 50 MBA programs worldwide. Among all MBA programs offered throughout the EU, the Global Executive MBA now ranks eleventh. Despite the fierce competition in the Economist EMBA Ranking, which is traditionally dominated by very strong US programs, the Austrian MBA was able to score top points in several evaluation categories that are particularly important for program participants: globally, it came in #9 regarding program quality and #10 regarding network quality.

The Economist EMBA Ranking is published biennially and counts, next to the Financial Times ranking, among the most prestigious rankings of part-time (Executive) MBA programs around the globe. In addition to international accreditations such as AACSB, AMBA, and EQUIS, it guides prospective MBA students in their decision-making process.

US programs traditionally vanquish the competition in the Economist EMBA Ranking: also this year, seven US MBA programs or programs involving a US school have been ranked among the top ten. “One reason for the high scores of the US programs is the high salaries of their program participants. This results in a true structural disadvantage for our region. Against this backdrop, rank 46 is an outstanding achievement,” says Barbara Stöttinger, Dean of the WU Executive Academy. 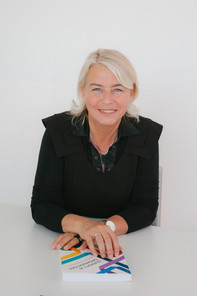 Once again, the Vienna University of Economics and Business has shown that, thanks to its outstanding programs and despite the strong competition, it can easily keep up with other top-notch international universities.

Among the top ten in key categories

The Economist EMBA Ranking consists of two broad measures, which are each weighted equally: personal development and program quality on the one hand and alumni’s income and career development on the other hand.

The Global Executive MBA scored excellently in both fields and was even ranked among the top ten programs worldwide in the subcategories highly relevant to students. It was ranked tenth in the “work experience” category (#4 in the EU, #2 in Germany/Austria/Switzerland) and ninth regarding “programme quality” (EU: #3, Germany/Austria/Switzerland: #1), scoring even higher than the overall winner, the University of California at Berkeley’s Haas School of Business, and the Institute for Management Development (IMD).

“In the quality category, we did particularly well regarding the internationalism of the cohort and the faculty-to-student ratio: with regard to ‘compulsory overseas assignments,’ the Global Executive MBA was even ranked number 1 among all programs offered around the world, and regarding faculty’s off-campus availability to students, we were ranked ninth (#1 in both the EU and Germany/Austria/Switzerland),” Stöttinger reports.

The Global Executive MBA received outstanding evaluations in another field which is frequently named a key selection criterion by prospective MBA students in surveys: networking opportunities. This is not only reflected by the overall rank (#10; #4 in the EU and #3 in Germany/Austria/Switzerland) in the “networking” category but also by the global sixth rank (#4 in the EU, #3 in Germany/Austria/Switzerland) regarding the “helpfulness of alumni,” which shows that graduates of the Global Executive MBA take pride in lending each other a helping hand.

“Broadening your horizon and acquiring state-of-the-art management and leadership skills are not the only reasons for enrolling in an MBA program; the handpicked professional network is also a strong motivation. When it comes to our network, we are proud of the more than 4,500 alumni that make up a truly remarkable pool of people unlike any other around the globe. Students benefit from this competitive edge throughout their entire careers,” Barbara Stöttinger adds.