The fusion of online and physical work, of humans and machines, has, at least since the start of the coronavirus pandemic, become part of organizations around the world - with a profound impact on how we will work together in the future. Jochen Borenich, a member of the Management Board and COO at Kapsch BusinessCom, and Barbara Stöttinger, Dean of the WU Executive Academy, have analyzed the new megatrend in the business world and its effects on not only organizations but also on managers and their staff.

Some returned to their offices at the beginning of the year, others are still working from home, and yet others switch between working on site and remote work. These days, video conferencing and digital tools have become omnipresent in the modern office. Following the gradual lift of lockdown restrictions, hybrid work, i.e., a mix of going to the office and working remotely, is slowly becoming a fixture in companies around the world. 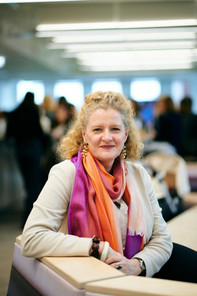 The developments prompted by the coronavirus pandemic are, however, only the tip of the iceberg. Hybrid work will take hold across all sectors and change many things sustainably: management and work styles as much as collaboration, not only in the office but also in production and trade – in short, in every part of an organization.

The Various Dimensions of Hybrid Work

“Hybrid work has an impact on different levels: on the people level, where it affects leadership and collaboration, the places level, which is about the clever use of space, and the technology level, which concerns the use of new technologies and digital tools,” Jochen Borenich says. Borenich, an alumnus of the Global Executive MBA at the WU Executive Academy, recently published the book “Hybrides Arbeiten & Digitalisierung” (Hybrid Work and Digitalization) together with economist Michael Bartz and Thomas Schmutzer, Director at KMPG Advisory GmbH.

Read on to find out what the digitalization and leadership experts Barbara Stöttinger and Jochen Borenich forecast for the way we will work in the future.

1. Hybrid work will be the new normal

The book authors conducted a survey in the summer of 2020, which revealed that 40-60 percent of employers in Austria plan to stick to mobile work also after the pandemic. Before the pandemic, this figure was below 20 percent. Also employees have learned to work in remote and hybrid settings. What companies need to do now is to get ready for the new, hybrid work style. 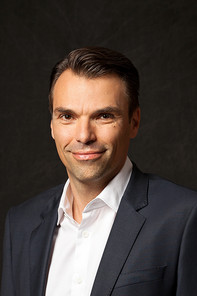 Hybrid work will become the new standard: companies that fail to offer high-quality IT equipment and a respective work culture will be less attractive as employers and thus at a significant competitive disadvantage.

“Simply trusting employees working from home – ‘You’ll do great!’ – and expecting them to figure everything out by themselves won’t do,” says Borenich, pointing to a new skill that managers are well advised to acquire quickly: remote leadership. Also Barbara Stöttinger sees a new role for leadership in the digitalized business world: “Working from a distant location requires more, not less leadership. Remote leadership is built on trust as well as unambiguous and open communication. It provides structure and, not least, security to employees who need it.” This, however, should not be confused with micro-managing and mails or even calls that have the sole purpose of controlling staff, Jochen Borenich adds: “It is crucial to gauge the mood among staff – a little too much communication is better than too little: after all, the risk of suffering a burnout has markedly increased with more people working from home, as new studies show.”

He reports that the Management Board at Kapsch BusinessCom announced news with the help of a film crew even before COVID. When the pandemic and lockdowns made this impossible, they turned to their iPhones: “We shot our own videos to keep employees up to date and show them what was happening behind the scenes. When we are all physically apart, showing a personal side becomes all the more important,” Borenich shares.

3. Offices Will Turn Into Meeting and Creative Zones

“Surveys have shown that enterprises plan to cut 20-30 percent of their office space,” Jochen Borenich says. There is a clear trend towards setting up smart spaces: “This means doing away with large open-plan offices to make space for smaller units enabling focused work as well as larger meeting and creative zones, which foster innovation and digital collaboration,” Borenich explains. Barbara Stöttinger also sees great potential that companies should tap: “Creative cooperation is the basis for innovation. Managers must create the space needed for this purpose – in people’s minds, calendars, and workplaces,” she says.

It’s not only humans who increasingly communicate via digital and virtual channels. Also interactions between humans and machines as well as among machines are no longer unheard of. Jochen Borenich mentions that it has become an established practice for customers to shop online in a B2C context. “But also in the B2B segment, 80% of interactions are realized without human contact today.” This means that there are digital touchpoints throughout all B2B channels as well. “In B2B, we are seeing that the younger the customers are, the less interested they are in interacting with a real salesperson. They would rather form their own opinions by doing research and consulting rating platforms,” Borenich explains. By 2024, four billion devices will be linked up to a digital network. Machines will also be connected and communicate without human intervention in the smart factory of the future. “What’s more, machines will get better at optimizing themselves. Experts will simply feed them with the right knowledge and respective data.” Digital tools such as smart glasses will transfer data to workers in an augmented reality setting in real time. “As a result, industrial companies will gradually morph into knowledge enterprises,” Borenich holds.

5. Security and Efficiency in IT

It’s almost disconcerting how dependent companies across all sectors have become on IT and its security. “They require a safe and robust IT infrastructure to enable collaboration.” Not least due to the changed circumstances in the pandemic, cyberattacks have increased considerably: “The Cyber Defense Center at Kapsch has registered twice as many assaults since the beginning of the year compared to the same period the year before the pandemic set in,” Borenich says. The number of enterprises contacting Kapsch BusinessCom for assistance after they were hacked has quadrupled. Borenich’s advice is to use digital tools in the company in an optimally integrated way and to prevent an uncontrolled proliferation.

Megatrends, change, disruption - if you want to equip yourself optimally for the challenges of the present and the future, you will find the right training programhere. 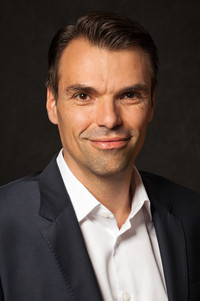 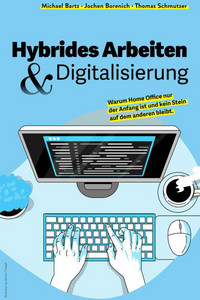 Working from home, hybrid work, and digitalization have become the cornerstones of business organization in 2021. What has changed since early 2020? Which potential does this development hold? And how can opportunities be used in a sustainable way? It’s questions like these that are answered and dealt with in this new specialized book on hybrid work and digitalization that reads like a novel. Over ten CEOs and board members of leading companies and organizations have contributed insider views as well as interviews in which they share their expertise and ideas and plans for the future.