Together with other Global Executive MBA graduates, Anita Kirilova, Deputy CEO of the global insurance services provider Metlife in Bulgaria, has founded the Female Leaders Network at the WU Executive Academy. For women by women – but not against men.

“The little grassroots-people can change this world.” That’s a quote by Wangari Maathai, who was Kenya’s deputy environment minister and received the Nobel Peace Prize in 2004 for her struggle for democracy and environmental protection. It also perfectly applies to people like Anita Kirilova. The Bulgarian Deputy Country Manager of Metlife, a global insurance and finance services provider, is not only a passionate leader but also co-initiator of the Female Leaders Network (FLN) at the WU Executive Academy and the driving force behind this women’s network.

When she completed her Global Executive MBA program between 2017 and 2018, she met other female leaders and soon realized something. “Even though we came from very different countries in Europe and Asia and the US, we all shared this fundamentally female experience of struggling with our work-life balance, juggling challenging jobs and our families, and solving leadership and team development challenges. These are all experiences that particularly women make while pursuing their careers.” Some of her fellow students became close friends of hers. Again and again, they discussed the importance of providing women with a safe space for exchanging the personal experiences that come with their double role as women and leaders. 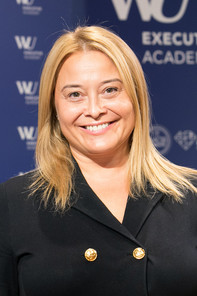 It was important to us to create a space of mutual trust in which female students and graduates of the WU Executive Academy would support each other.

The initial spark for the grassroot initiative ultimately came from one of our International MBA Residencies at the Carlson School of Management of the University of Minnesota: our partner university invited the MBA students of the WU Executive Academy together with Chinese students to attend this event that also included a “Female Lunch.” “During this lunch, we talked to students from the US and China, also discussing the idea of applying this best-practice example provided by the University of Minnesota to the WU Executive Academy,” she remembers.

Together with some of her fellow MBA students, among them Priyanka Dutta-Passecker, Christa Gschweitl, Özlem Şensin, Anita Kirilova decided to establish a female network at the WU Executive Academy. The first step was to present the idea to WU Executive Academy Dean Barbara Stöttinger and get her approval: “Barbara Stöttinger gave us her full support right from the start,” Anita Kirilova says.

Soon, the network started to take shape: “We invited two experts, who have long been passionate about the topic, Barbara Stöttinger and Carmen Abril, marketing expert at IE Business School in Madrid, to become our patronesses and participate in our first Female Leaders Network event, which took place as soon as in September 2018.” The network grew fast; they appointed a president, a vice-president, and a board.

In 2020, the first year of the pandemic, Anita Kirilova came up with another idea: “It would be great to keep a close connection to fellow students even after graduation, especially if you are not in Vienna, to keep the network alive - especially during the pandemic,” she says. So she initiated the first regional Female Leaders Network Hub in her home town of Sofia, where she organized regional events for the Bulgarian graduates. This idea quickly spread to other regions, and further hubs were established in the Czech Republic, Slovakia, and other countries. “We identified interested graduates who were willing to establish a hub in their regions. It was easy to find motivated women who were willing to put in some voluntary work,” Kirilova shares. “What is important, though, is a powerful, good organization, a venue for events, and some marketing know-how to advertise them,” she adds. “As everyone’s lives are changing fast, we decided to elect the members of the bodies annually; this also gives other women a chance to become involved in the Board’s work.” In the meantime, hubs have been in place for about 18 months in Bulgaria, Romania, Croatia, Hungary, and a cross-country one in Slovakia and the Czech Republic. There is also a very active virtual network that counts more than 1500 members worldwide who come together time and again at the WU Executive Academy to meet in person.

For Women by Women – but Not against Men

Gender equality is still an important topic. “Strong female leaders need the support of like-minded persons in both their professional and their private lives,” Kirilova says, because “female leaders tend to be faced with other challenges than men. They want to talk about the compatibility of careers and families, work-life balance, efficient team work, and cooperation.”

The Female Leaders Network is intended as a safe space for an exchange on specifically female topics, but it is also more than that: Anita Kirilova is convinced that mutual female empowerment makes change happen. She also shares an example with us: “Imagine a woman in a company. She is scheduled to go on a business trip on December, 20th. She would rather spend time with her family and on Christmas preparations, though. If she’s on her own, it’ll be difficult for her to change things. If there’s a whole group of women in the company who are all against business trips shortly before Christmas, they’ll have the leverage to change the rules in the company – that were established by men.”

The passionate leader and networker underlines that it’s definitely not a question of either-or. “Including men in their professional networks is, of course, very important for women and their careers. Women need the support of both men and women,” Anita Kirilova emphasizes. 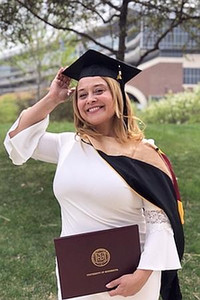 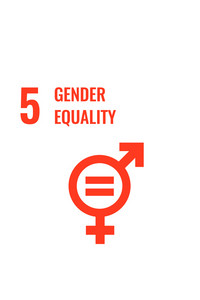