Paradigm Shift vs. Hype: What Blockchain Technology Can be Used for (Already)

Many new, promising technologies come and go, regardless if there is a great deal of global hype surrounding them. A technology that is here to stay, though, is the blockchain experts all over the world are sure of that. One of them is Prof. Alfred Taudes, Head of WU Vienna's Research Institute for Cryptoeconomics and a long-standing faculty member at the WU Executive Academy. In the following, WU Vienna’s blockchain expert analyzes the innovative use cases existing today and pinpoints the areas where the technology is about to revolutionize entire industries.

In the beginning, there was bitcoin. At the time, cryptocurrencies and the underlying blockchain technology were considered a fad. But times change: Recently, the World Economic Forum forecast that in 2025 blockchain-based transactions will very likely account for 10% of the total global gross domestic product.

Whether this will actually be the case remains to be seen. But one thing is clear: “As a result of blockchain technology, we are seeing a sweeping paradigm shift when it comes to transferring value - its significance is just as great as that of the Internet in the context of transferring information,” says Alfred Taudes, Head of WU Vienna's Research Institute for Cryptoeconomics and a long-standing faculty member at the WU Executive Academy. “Bitcoin was the first application of blockchain technology, in the same way as e-mail was the first application of the Internet. But by now, the scope of possible applications of blockchain technology goes far beyond cryptocurrencies,” he continues, because: “Once a technology is mature enough to be used, people will use it.”

In the following, Alfred Taudes highlights innovative examples from various industries that already apply blockchain technology successfully, giving us a glimpse of what we will be able to do with it in the future:

Bitcoin is an open blockchain that can be accessed by anyone. More and more companies are taking an interest in developing their own cryptocurrencies, known as corporate money, for their customers. Facebook, for instance, will soon launch Libra, a global cryptocurrency, which, according to Alfred Taudes, is causing considerable uncertainty among regulators. Walmart, too, has applied for a cryptocurrency patent. “Corporate money is increasingly overtaxing regulators; that is certainly a delicate issue,” says Alfred Taudes. In the Azraq refugee camp in Jordan, blockchain technology has been used since last year. Payment transactions in the camp's supermarket are made via the blockchain; iris scans are used to identify people. The UN can thus operate independently of banks and other financial institutions and save around 150,000 dollars a month. The pilot project is to be extended to other UN camps. Government organizations, too, are looking to harness the potential of blockchain-based payment systems: The UK pension and welfare agency is evaluating possible uses of the technology; China is working on a national cryptocurrency. Österreichische Post AG has used the technology in a highly original manner: Its cryptostamp is the world's first blockchain-based stamp. A digital version of the stamp, which is not only a convenient means of paying postage but also a virtual collectible, is stored on the Ethereum blockchain.

With the advancement of robotization in industrial settings, the question of how to back up and exchange data is becoming increasingly significant. Companies may suffer enormous damage as a result of incorrect data transfers. Robots depend on data from their environment. The blockchain allows industrial companies to store such data securely and exchange them with other sites and plants. In late 2018, smart robotics company Akeo Plus, CEA Grenoble and industrial groups launched a joint research project to learn more about possible uses of blockchain-technology in smart factories. Another example mentioned by Alfred Taudes is Riddle & Code, a Viennese startup that, among other things, equips machines with chips to give them a digital identity and subsequently links them up by means of blockchain technology. In the automotive industry, BMW, General Motors and Renault-Nissan have joined forces in an effort to collect, as quickly as possible and in a secure manner, data for self-driving cars. They use blockchain technology to control who can access what data from the joint pool. The German Energy Agency reckons that the technology may also become significant in the context of electric vehicles as far as billing and charging transactions are concerned. Mercedes and Riddle & Code have brought out a cryptobox for electric cars.

According to Alfred Taudes, the energy sector also benefits hugely from blockchain technology. Energy Web Chain, the first public blockchain for the international energy market was launched last June with a view to making it easier to trade with one's neighbors renewable energy that one has privately produced, for instance by means of one's photovoltaic system. Moreover, it allows people to pay, in a more transparent manner, for the electricity they use to power their electric cars. In Austria, Verbund AG and Salzburg AG use blockchain technology.

There is much talk about earning money with online content. But: “Most users find paywalls off-putting,” says Alfred Taudes. Steemit is a platform that allows people to publish content. On Steemit, upvotes are rewarded with the cryptocurrency Steem, i.e. the more favorably users react to content, the more money its publisher earns. Pewdiepie, arguably the richest and most popular YouTuber, is now active on DLife, a blockchain-based streaming service. “Payment on DLife is more transparent than on YouTube, which keeps about half of the advertising revenue,” explains Alfred Taudes.

Health care is the area in which blockchain technology has been used the most so far. “The fact that blockchain technology is secure makes it particularly relevant to health care as this sector deals with highly sensitive personal data,” says Alfred Taudes. Austrian company Grapevine World is a provider of blockchain-based solutions for the exchange and transfer of patient data. Its owner is Martin Tiani, who, with his start-up Tiani Spirit, has contributed to the development of ELGA, Austria's electronic health-record system, which makes data from medical doctors and hospitals accessible. Grapevine World is working on a data-management platform that is similar to ELGA and allows patients to proactively supply their health data, e.g. for the purpose of asking a medical doctor for a second opinion on their case. A “Medakte” pilot project is currently being carried out in collaboration with Austrian Health, a competence center for medical tourism. Patient data are always kept at their place of origin and cannot be retrieved without the patient’s consent. 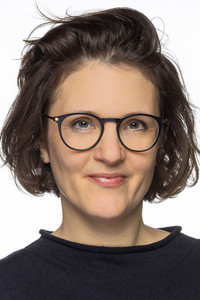