The 7 most widespread myths about blockchains

In the following, Prof. Alfred Taudes, Academic Director of WU Vienna's Research Institute for Cryptoeconomics and a long-standing faculty member at the WU Executive Academy, dispels the 7 most widespread myths about blockchains and bitcoins. As bitcoin prices are soaring, a technology that hardly anyone, barring the experts, was previously familiar with is receiving more and more public attention: blockchains. A blockchain is a decentralized database for storing transaction data in an encrypted, tamper-proof manner. Very broadly speaking, it can be thought of as a ledger in which every new transaction is recorded. What makes the ledger special is the fact that although a copy exists on every single user's computer, the consistency of entries is guaranteed.

The most widely known use of this technology is the cryptocurrency bitcoin, a decentralized monetary system that has attracted considerable interest, in particular because of the surge in bitcoin prices. At present, there are - as is typically the case when a novel technology emerges - many myths about blockchains and bitcoins that leave people confused.

The Internet of the 21st century

Alfred Taudes, Academic Director of WU Vienna's Research Institute for Cryptoeconomics, compares the situation to the early days of the internet in the 1990s: “E-mail was the first application of the Internet, and no one could possibly tell what was to come. People said e-commerce would never work because customers wanted to physically experience the things they buy, because suitable payment methods did not exist and because delivery would be much too complex and expensive. However, the reality is that many technologies do overcome their teething problems. The success of Amazon demonstrates this in an impressive way. In the case of blockchain technology too, there will be many, completely new applications that will go on to dominate all aspects of business. We are only in the trial phase.”

Myth 1: Blockchain and bitcoin are one and the same thing

“Bitcoin is just the first use of blockchain technology,” says Prof. Taudes. The first blockchain was developed for the purpose of storing bitcoin transactions. Since then, many enhanced or modified versions of the original concept have emerged and served as a basis for countless other uses ranging from reorganizing supply chains to offering new banking services to managing personal data. “Currently, most of the revenue generated by media platforms goes to the platform operators, while the artists they feature receive virtually nothing. Cryptocurrencies and the blockchain would make it possible for us to buy directly from the artists."

Myth 2: Blockchains will not succeed because they are too energy hungry

The so-called proof-of-work mechanism, which is used to verify the validity of transactions in the blockchain, is what consumes energy. By solving a mathematical puzzle, which requires considerable computing power and thus energy, the provider of the computing power (“miner”) can add a new transaction block to the blockchain, making it possible for bitcoins to be paid out. In return for the provision of this (computing) service, the miner gets a transaction fee. Less energy-hungry validation (or “consent”) mechanisms are the subject of worldwide research. Also, the energy argument loses much of its force when one looks at the whole system rather than the individual transaction. “Why is no one talking about how much energy today's money consumes?” asks Prof. Taudes. In the context of using blockchain applications within groups of companies, the energy argument becomes irrelevant altogether because less complex consent mechanisms are employed as proof of work in such settings, given that the process involves known and robust parties.

Globally speaking, applications based on blockchain technology are being tested in countless settings: In the carsharing sector in Germany, for instance, the blockchain has made it possible to simplify hitherto complex processes—from selecting cars to concluding personalized rental contracts—to such a degree and extent that the system can operate with virtually no infrastructure or contracts with payment service providers. A decentralized grid project in New York involving smart meters and smart contracts has enabled solar houses to automatically calculate their electric power consumption and sell surplus electricity to “conventional” homes. In Austria too, auspicious uses have begun to emerge—at the municipality of Vienna, in the financial services sector and in the energy supply business, for instance. 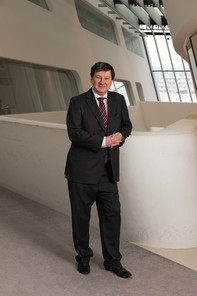 I cannot possibly tell you what the bitcoin price will be in three years’ time or which of the many other cryptocurrencies will still exist then. That said, I am convinced blockchain technology is here to stay and will revolutionize the world.

Myth 4: Blockchains are unsuitable for use as a basis of payment systems, given that only a limited number of transactions can be processed

The fact that there is a maximum supply of bitcoins that cannot be exceeded is a result of the proof-of-work mechanism discussed under myth 2. The blockchain systems for use within groups of companies mentioned there are not affected by this, and as far as public blockchains are concerned, the development of new technologies has already begun. One of them is the Bitcoin Lightning Network, where a payment channel is opened between two nodes through which payments can subsequently be transferred without having to carry out complex verification procedures. Verification and proof of work are only required upon opening and closing the channel.

Myth 5: Blockchains are the end of data protection

“Entries in the bitcoin blockchain have to be readable across all nodes; otherwise, it is impossible to verify transactions decentrally and mine bitcoins. It is important to keep in mind though that accounts are identified not by means of personal data but based on pseudo-anonymous addresses that everyone can create via what is known as a wallet,” explains Alfred Taudes.

So, within the blockchain, a user's transactions are private. However, if someone manages to associate a bitcoin address with its owner, all transactions made by that person can be traced back. But there are other cryptocurrencies such as Dash that are completely anonymous and thus give users full privacy.

Myth 6: Blockchain technology has a bright future. Soon all IT applications will be based on it

“That is nonsense,” stresses Prof. Taudes. Compared to databases, blockchains are too expensive and not efficient enough for traditional business uses such as accounting. “Blockchains make no sense in these contexts; they should be employed only where the exchange of data is currently insecure and inefficient, e.g. when making transactions between actors in global supply chains.”

Myth 7: Blockchains are insecure. Time and again, one hears that money has been stolen or lost

All transactions that are stored in a blockchain cannot be changed, which means they cannot be falsified or deleted in the database. Therefore, blockchain payments are considered to be secure. “If something gets stolen, a user's private key must have fallen into the wrong hands,” says Prof. Taudes. That is similar to someone's ATM PIN being stolen.

Learn more about blockchain in our compact workshop "Blockchain Basics" in German or in our multi-day program "Blockchain Transforming Business" in English.