The Luna Case: a New Beginning or the End of Cryptocurrencies?

The future of Luna, Bitcoin & co.

Ever since the Luna crash, the cryptocurrencies' world has been in turmoil. Not only share prices but also trust in Bitcoin and the likes have tumbled to new lows. For Alfred Taudes, founder of WU’s Research Institute for Cryptoeconomics and long-time lecturer at the WU Executive Academy, this is an opportunity for the business to start from scratch. Read on for the cryptocurrency expert’s takes on where the business is headed following this meltdown, whether it will be possible to regain the trust of investors, and whether cryptocurrencies such as Bitcoin will still continue to shape the future of the finance industry.

The crash was severe and unexpected: prices of the Luna cryptocurrency collapsed, resulting in losses of several billion euros for investors in a matter of only a few days. The hype that had developed around the Terra network behind Luna did nothing to change that. The crash also affected the prices of Bitcoin and Ethereum, the two largest cryptocurrencies, sending the whole industry into a spin. Bitcoin prices have dropped by 50% since the beginning of this year, at times even falling below the symbolically important threshold of 20,000 dollars. Bitpanda, a Vienna-based finance company that primarily acts as an exchange for cryptocurrencies and was Austria’s only unicorn so far, just laid off almost half of its staff.

One person familiar with the industry has, however, not been shaken by the developments: Alfred Taudes, who founded WU’s Research Institute for Cryptoeconomics and serves as the scientific head of the Austrian Blockchain Center. “It’s time to separate the wheat from the chaff. The happenings following Luna’s crash were a veritable thunderstorm. But sunshine follows rain, and this will also be the case in the cryptocurrency world,” he says.

For months, Bitcoin had been considered as boring – until it turned out that a fair share of the new cryptocurrencies are not decentrally organized and require some (or a great deal of) caution. Luna’s crash was a case in point. 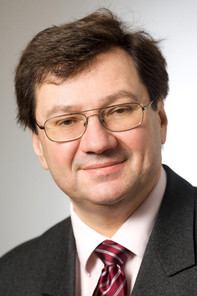 For months, experts had been warning investors that Luna was not going to work. Once investors’ trust is lost, a cryptocurrency implodes.

Speculations, Greed, and What Looked Like a Quick Buck

Taudes is aware that the whole industry was concerned, not least because of Bitcoin’s price developments. This is a sign that investors were only interested in speculations and greedy to see quick returns in the final days before the crypto meltdown. “Ninety-five percent of people only talk about price targets. They are out to make a quick buck,” Taudes says. Most investors joined the industry in the past two years because companies such as Bitpanda have made it easy and effortless to invest in digital currencies. The majority of them are likely looking at losses now.

“A lot of people have lost an immense amount of money. That’s terrible, of course,” Taudes says. He is still convinced that decentralized finance, i.e., financial services offered via decentral platforms such as a blockchain, are here to stay. “At least the price losses did not affect the real economy,” he holds.

Over the long term, this disillusioning experience might come with benefits. “Once speculators are gone, the rest will be able to focus on the things that will help people advance, such as combating unequal treatment,” the cryptocurrency expert says. That’s the case because a bear market is what it takes for newspapers to stop reporting about cryptocurrencies and for interesting developments such as NFTs to be driven forward. “It’s then that everybody remembers what you can actually do with the technology,” Taudes says.

Old but Gold: Bitcoin and Ethereum

The two largest cryptocurrencies Bitcoin and Ethereum are now taking center stage again. Bitcoin is a currency that enables investors to engage in long-term asset management. “Ethereum has been built to carry out smart contracts, such as banking services and NFT art,” Taudes explains. Half of the market capitalization has been invested in these two currencies. “And Bitcoin’s strong standing has even increased in the recent past,” Taudes says.

Ethereum, in turn, offers numerous innovative applications. And in summer, the changeover to a new method called proof of stake, which has been years in the making, is scheduled to take place, in its wake radically reducing energy consumption. “This will make Ethereum interesting for several other applications. At the moment, its alternatives are still more attractive because they are more sustainable and less expensive. After the changeover, many will return to Ethereum,” Alfred Taudes believes.

When Nothing Is as It Seems: The Case of El Salvador

Bitcoin’s tumbling prices have also drawn attention to El Salvador. In September of last year, the country in Central America introduced the cryptocurrency as legal tender. Newspapers report that a sovereign default is pending, which El Salvador’s government rejects as untrue.

Alfred Taudes also thinks that it’s an inaccurate assessment. “We’ll have to wait and see how El Salvador’s experiment will turn out in the end,” he says. After all, countries such as El Salvador and the Central African Republic, which also introduced Bitcoin as legal tender, previously did not have their own currencies. “That’s a kind of monetary colonialism, and Bitcoin offers an opportunity to remedy this situation.”

Cryptocurrency Checklist: What Investors Should Have an Eye on Now

Cryptocurrency is not the same as blockchain - this is just one of the myths that exist around blockchain technology.

Alfred Taudes is a long-standing faculty member at WU Executive Academy and founder of WU Vienna's Research Institute for Cryptoeconomics.

This method forms the basis for sending and creating (mining) cryptocurrencies such as Bitcoin. It’s a consensus mechanism that can be used to verify transactions. This is realized by having computers within the respective network solve math puzzles. Most recently, this method was heavily criticized for the immense amount of energy used in the process.

This verification concept provides an alternative to proof of work with significantly lower energy consumption, but the method is not as tried and tested yet. It involves putting down a deposit in a cryptocurrency on the blockchain.

Stablecoins are cryptocurrencies that are pegged to a basic value such as the value of the US dollar.

Altcoins are cryptocurrencies that were published after Bitcoin. One example is Ethereum.

Terra is a stablecoin network secured through algorithms. It was intended to reflect the US dollar’s current rate. As opposed to stablecoins such as Tether, however, no reserves using actual US dollars were formed. Instead, reserves consisted of exchanging Luna tokens. The idea was to make use of demand and supply mechanisms to compensate for fluctuations. In early May 2022, Terra USD lost its peg to the dollar, causing Luna prices to crumble. Tether and Dai, the two most important stablecoins, remained unaffected by the crash.