The return on investment (ROI) is right

Results of the recent alumni survey

In recent years, critics have repeatedly raised the question of whether doing an MBA or a postgraduate law degree is still worth it given that it is a considerable investment in terms of time and, above all, money. For those who make an informed choice so they attend the program that matches their goals, the answer is clear: It is definitely worth it.

This is also also reflected by the findings of the WU Executive Academy's recent alumni survey, which set out to explore in how former students of its MBA and Master of Laws programs have benefited from their executive education. The respondents were asked to provide feedback not only on key criteria such as career advancement, compensation progression and alumni services but also on their motivations for enrolling in an MBA/Master of Laws program at the WU Executive Academy of all places.

Here are the detailed results of the current alumni survey:

Content, career and community - the quality of the “3C's” is right

When you ask managers why they decided to take on another postgraduate program, most say that they were above all eager to acquire new knowledge, gain fresh perspectives and improve their practical skills (Content). And this is what made 92% of the surveyed alumni enroll in a program at the WU Executive Academy. Career advancement (Career) (61%) and networking opportunities (Community) (44%) were other important factors influencing the program choice.

The alumni selected WU Vienna/the WU Executive Academy as education provider mainly because of the institution's international reputation (87%), the academic quality of the programs (79%) and the triple accreditation of AACSB, AMBA and EQUIS accreditation (56%).

The findings of the current survey show that the programs did not fail to live up to the expectations of the alumni as far as the “3c's” are concerned: The graduates were particularly pleased with the quality of the lecturers (94%), the practical applicability of the things they learned (81%) and the internationality of the programs (students, lecturers, content) (80%). The survey results regarding value for money (79%), peer group quality (77%) and alumni services quality (66%) are great as well.

When it comes to exploring new career opportunities and getting the most out of the executive education as a passport to career development, the following services are particularly valuable assets, according to the alumni: networking activities (57%), social networks (37%), executive search partners (32%). It is no coincidence that, in recent years, the WU Executive Club has substantially expanded its service in these very fields.

Most students say that for them an MBA/law program is first and foremost about acquiring new knowledge and making new contacts, but from the survey results it is also clear that the education experience is a powerful catalyst for career moves: 84% of the respondents stated that they had made a career move while still attending the program or within one year after graduating. 41% changed employers, and 38% advanced to new roles in their current organizations. Of those who have made a career move, 56% have taken over additional responsibilities and/or functional duties, and for 66% the career move has resulted in higher earnings.

After graduation, the number of respondents in C-level positions has significantly increased too: Today, it is 41% higher than it was at the time they enrolled in their programs.

13% of the alumni have capitalized on the education experience by starting a business, either alone or together with colleagues from their classroom. That number is even three times as high as it was at the beginning of the program. 81% of the newly minted entrepreneurs stated that the knowledge, practical skills and invaluable contacts from their postgraduate programs had made the entrepreneurial plunge a lot easier for them. 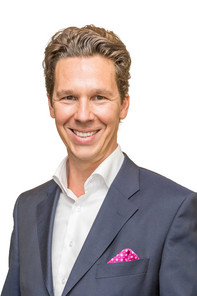 Studying in an MBA or a postgraduate law program lays the academic foundations for achieving success in the second half of your career. These top-class training programs open up a wealth of new opportunities. Among other things, they are a passport to top-management positions, but they do not guarantee career success. Therefore, alumni must not rest on their academic laurels but need to proactively pursue their career ambitions.

The increase in compensation is impressive as well: On average, the alumni have earned 29% more since obtaining their degrees. In terms of program, the Global Executive MBA alumni have seen the biggest increase in their earnings (+37%). Geographically speaking, the income of the graduates from Central and Eastern Europe has risen the most (+45%).

“For many participants, choosing to do a postgraduate degree is synonymous with making a significant investment in terms of time and money. So it is only logical that they are eager to advance their careers as much as possible with a view to getting the best return on their investments. It is a fallacy to believe that those who graduate from an MBA or a law program will automatically earn more. The fact that the alumni have succeeded in taking their careers and their compensations to the next level is a testament to their commitment. An increase in compensation of 30 percent or more is a great success that the alumni would most likely not have been able to achieve had they done their postgraduate program,” continues Dr. Conrad Pramböck. 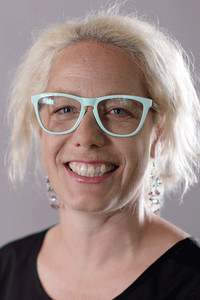 It's the ROI that matters

The real dividends of executive education