Transforming the Game - Changing the Rules

At an event hosted by the WU Executive Academy’s Female Leaders Network, successful businesswomen talked about their way to the top and the obstacles they had to overcome.

“Being a girl, it wasn’t easy for me; there was no trodden path I could follow,” Viktoria Schnaderbeck recounted about her early days as a soccer player. The professional athlete was one of the speakers at the “Transforming the Game – Changing the Rules” event organized by the WU Executive Academy’s Female Leaders Network. This Power Breakfast hosted by the WU Executive Academy was all about successful businesswomen and their career paths, resilience in the face of obstacles, and shaking up the conventional order of things.

As a professional soccer player, Viktoria Schnaderbeck has had success on all fronts: she has won the German premier league with FC Bayern Munich; she is the captain of the Austrian national team; and she currently plays for Arsenal London, one of the most highly regarded clubs in the world. But Schnaderbeck, who was born and raised in Styria, is also an accomplished businesswoman, among other things as a keynote speaker and consultant. She is also involved in a charitable project in Tanzania and has furthermore completed a master’s program in business psychology. She never had doubts about her path, but walking it wasn’t easy: “Soccer was my first love. But my club at home did not have a girls’ team, so I ended up playing with the boys. And still I knew, at only ten years old, that I wanted to become a professional soccer player. So I made up my mind to pursue my dream.” Her efforts were not in vain: she was the only girl to be accepted to a Styrian youth academy. “I often felt excluded there, getting changed all alone in my own locker room, which was actually the groundkeeper’s room.” But she never even considered giving up. 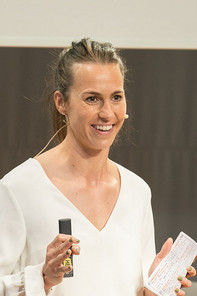 Why did I put myself through this ordeal? Because I wanted to show the world what I was capable of, thus proving the doubters wrong.

Schnaderbeck has encountered a fair deal of abuse. “There was this mother who complained that I was taking up a spot in the Styrian youth team that should actually go to her son – after all, there was really no point in investing in a girl.” It’s experiences like that that toughened her up for what was to come. “What does it take to become the number one? Spaces in which you can grow and learn.” She has reached her goals despite frequent injuries that set her back time and time again – and despite the fierce headwinds of an industry dominated by men.

“I had to put up with a lot of nonsense, but in the end, it has made me stronger.”

Asserting yourself as a woman is also hard at large law firms. Gudrun Stangl, who is a partner and Chief Operating Officer (COO) at Schönherr Rechtsanwälte today, knows this only too well. “I worked an insane number of hours to get ahead,” Stangl, who made her way as a transactions lawyer, recounted. “I made it to the top, but I was not happy.”

When the firm announced that it was looking for a new COO, a traditionally unpopular role as it primarily requires administrative work, she decided to seize the opportunity. “For many, it was an unattractive job and they interpreted my application for it as a kind of defeat. But I looked at it as a new challenge and something different,” Stangl shared at the Power Breakfast. And it has paid off for her: after eight years in this job, she has not only learned a lot but has also reinvented herself. 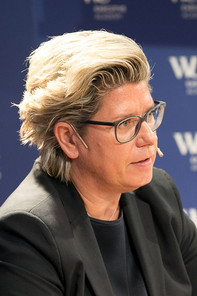 Today, I am truly myself and genuinely enjoy working with the people around me.

When private equity expert Alexandra Florea started out in her job, she was eager to prove some people wrong – just like Viktoria Schnaderbeck had been. “I even had a list of these people. But in the long run, this only makes you bitter.” So after a while, she started to instead focus on her purpose in life. “If it makes you happy, it can’t be that wrong – looking for things that make us happy is what makes us human.” Her advice is to also draw inspiration from sources other than role models. 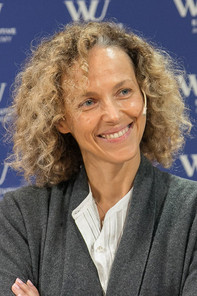 If everybody makes her own decisions, we will all benefit in the end.” And this also entails facing up to one’s fears.

The Female Leaders Network is a platform through which female students and alumnae of the WU Executive Academy can get in touch and support each other, true to the network’s slogan: “Together we are stronger!” The network regularly organizes and hosts a wealth of events such as business breakfasts with the primary goal of enabling participants to network and exchange knowledge. 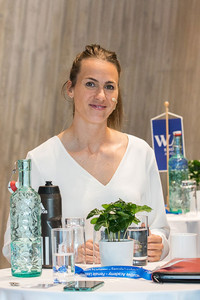 Soccer player Viktoria Schnaderbeck is captain of the Austrian national team, was champion with Bayern Munich and plays for Arsenal London. She is also a keynote speaker and consultant, studied business psychology and is involved in charitable work in Tanzania. 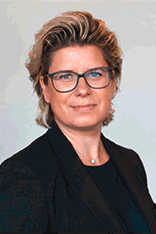 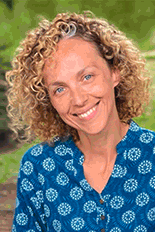