The complex world of business modelling

Developing innovative business models is a highly complex endeavor—and a crucially important one: It makes all the difference between being able to achieve long-term success and disappearing from the market.

In the run-up to the 2018 FIFA World Cup in Russia, Thomas Funke and Thorsten Lambertus, two long-standing cooperation partners of the WU Executive Academy and avowed soccer fans, have taken a closer look at the most striking parallels between soccer and business models. In the following, they use “the beautiful game” as a starting point for discussing how to develop successful business models in three steps, helping you gain a better understanding of the complex world of business modeling.

“Let's talk soccer,” says Thorsten Lambertus of Fraunhofer Company Building & Venture Incubation, who is also a lecturer at the WU Executive Academy: Gary Lineker, England's legendary striker of the 1980s, once said: Soccer is a simple game. 22 players chase a ball for 90 minutes and at the end, the Germans win. It goes without saying that this is a very pointed, albeit entirely wrong, definition of soccer.”

The exact opposite is true, as Thomas Funke, lecturer at the WU Executive Academy, co-director of TechQuartier Frankfurt and co-founder of several start-ups, stresses: “Actually, soccer is highly complex. Once you take a closer look, you will realize that there are some fundamentally important things you should pay attention to before taking to the pitch if you want to win. The good news is you don’t have to be a rocket scientist to do that. And this also applies to developing business models.”

3 steps to achieving success (in soccer and in business modeling):

1. Define your strategy but be flexible in your tactics.

In soccer, a wide variety of entirely different strategies can lead to success, including, for example, the tiki-taka style of the Spaniards; having an airtight defense and relying on swift counter-attacks like the Italians; short passing and much movement; or trying to keep possession of the ball for as long as possible. When it comes to developing new business models, the right strategy makes all the difference between success and failure. Also, it is a good idea not to change the fundamental strategy shortly before the game. “That is not to say, however, that you should not be as flexible as possible and make tactical changes during the game. There are countless variations of the 4-4-2 formation, and adjustments can quickly be made as circumstances change: forechecking, pressing, repositioning players, bringing midfielders forward, etc. Your business model has to be just as flexible. You need to perceive evolving realities and predictable events that occur over time as opportunities and capitalize on them,” says Thomas Funke.

Prior to a game, the names and playing positions of the individual team members are a well-kept secret in soccer. According to Thomas Funke, this does not come as a surprise: “The formation, i.e. the playing pattern, provides the opposing team with valuable information as to your strategy on the pitch, directly influencing the other side's strategy.”

In the context of business modeling, patterns play a key role. They are not only an invaluable source of inspiration during conceptualization but also the logic behind the arrangement of a company's building blocks. Customer data, for instance, is widely regarded as the new “black gold” of today, and even more so, tomorrow. Frequently, however, we do not even know that companies base their main sources of revenue on customer data and that the entire logic of their business models is, hence, geared towards this pattern.

How well the members of your team collaborate and get on with one another has a direct influence on whether or not your strategy will be successful, as Thorsten Lambertus explains. “All 11 players depend directly on one another. While Real Madrid builds its strategy on the pitch around the headstrong but brilliant Cristiano Ronaldo, it would never be able to succeed without its holding midfielder and critical link Casemiro. When it comes to developing business models, the situation is no different: In any team, the members need to be assigned certain functional roles, such as striker, defender or goalkeeper. At the end of the day, the big picture, the social roles and the collaboration of the team in implementing the business model make the difference that really matters.”

It is absolutely necessary to think through—based on the chosen strategy, pattern and line-up, and in relation to one another—each and every one of the dimensions of a business model, e.g. the customer segments, the resources or the core activities. These dimensions interrelate and are closely intertwined as far as their purpose is concerned. “To put it bluntly: From a business point of view, it would, for instance, be unwise to offer a premium product to a customer segment that is particularly price-conscious,” concludes Thomas Funke.

Thomas Funke and Thorsten Lambertus are lecturers in the program Dirty Innovation. Get more information about it here. 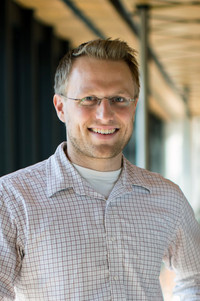 Dr. Funke is co-founder of several start-ups, founder and head of a research studio as well as an interuniversity network to promote entrepreneurship (ecnetwork.at). He has been an assistant professor at WU Vienna's Institute for Entrepreneurship & Innovation. 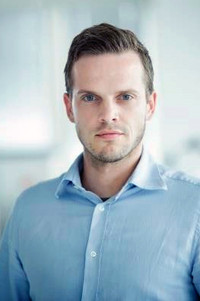 Dr. Lambertus is co-founder of several businesses. He has been a research assistant at WU Vienna's Institute for Entrepreneurship & Innovation.