8 tricks that managers can learn from Marcel Koller

Leadership parallels between sports and management

Soccer trainer Marcel Koller has accomplished what no one else has succeeded in doing: He has made Austria's national soccer team one of the 11 best in the world. What is it that distinguishes him from his predecessors? Marcel Koller sparks emotions and enthusiasm. He calls the shots, takes transparent decisions and is a role model for his team. He coaches every player as if he were the sole player on the team; yet he understands better than most how to make a group of individual stars, each of whom has high expectations, pull together as a team. Marcel Koller is the personification of executive excellence.

Prof. Helmut Kasper, who is the academic director of the WU Executive Academy's Executive MBA PGM and a passionate soccer fan, has studied the parallels between top-level sports and top-level management for many years. In the run-up to Euro 2016, he discusses eight very special leadership strengths of Marcel Koller that are highly effective not only in soccer but also in business.

Are you ready to take the field with your own “dream team”?

You cannot be highly motivated unless you really enjoy what you do. Marcel Koller knows that. Positive emotions, passion and enthusiasm are the drivers that make people become top performers. Fear, pressure or constant monitoring do not trigger that effect.

“Emotions are motivation boosters. They have a lasting effect on people's attitudes and values. If you keep this in mind, believe in the members of your team and entrust them with responsibility, they will be fully committed and willing to go the extra mile to succeed," says Prof. Helmut Kasper.

2. Marcel Koller turns a group of individual stars into a true team.

Together we are strong! Seldom has anyone demonstrated this catchphrase more forcefully to millions of people than Austria's national soccer team during the qualifying tournament for Euro 2016.

Marcel Koller has managed to turn a group of individual stars into a true team that sticks together and is worthy of that name. He has an intimate understanding of each player's strengths and weaknesses and knows how to make his team commit to the common goal. However, it is impossible to build a top-performing team simply by combining the individual strengths of players. The whole is greater than the sum of its parts. What is needed is an environment in which strengths multiply.

“This is precisely what Koller has succeeded in doing. Top stars such as Alaba, Arnautovic, Dragovic, Fuchs or Janko keep pushing one another to the top of their games because they play in different positions and do not vie for power. On the contrary: They complement one another nicely. It is only in this way that people with strong personalities can join forces and pull together without frantically trying to outperform one another all the time. This also applies to organizations: Having too many “alpha dogs” on a team may cause problems. However, when they work in different positions, the effect in terms of overall performance can be extremely positive,” says Prof. Helmut Kasper.

3. Marcel Koller is particularly charismatic and a role model for his team.

You are not born with charisma; you have to earn it. Charisma is something that others attribute to you. Marcel Koller has worked hard for his charisma. He commands the respect of his players not only because he is an excellent soccer trainer, but also because of his self-assured manner. Koller is a role model for his team—he practices what he preaches.

Prof. Kasper: “The players respect Koller for that, and, as a result, they have great trust in him. This symbolic management, characterized by extensive subject-matter expertise, self-assurance and a down-to-earth personality, is also a hallmark of top executives.”

Empowerment is the name of Marcel Koller's game. Hardly anything is more important to him than to foster the individuality of his players, give them the necessary freedom of action on the field—and off the field—and encourage them to use their own initiative.

“We are all eager to take on challenges, improve our skills and do good work. Accomplishing something and receiving appreciative feedback from others triggers a virtuous circle, as it were: The more we achieve, the more we are willing to make an even greater effort and set our sights even higher. We come to expect considerably more of ourselves,” explains Prof. Kasper.

5. Marcel Koller focuses on the individual.

Koller is a master when it comes to addressing the individual needs of his players. He sets aside more time for one-on-one talks than most other trainers—and there is a good reason for this: Every player is different in terms of how he works and how he wants to be given individual attention.

Taking the time to satisfy this desire is time well spent says Prof. Kasper: “The more you focus on the individual team member, the more you get back. Feeling all the more appreciated, the player will be even more willing to make an all-out effort. In the context of corporate change processes, too, one-on-one talks are one of the best tools for making employees aware of necessary changes. Alas, in practice, many executives do not turn their attention to individual employees unless there is a problem. Ideally, it should be the other way round: Focus on what works particularly well. Give it a try—you will not be disappointed.”

6. Marcel Koller has a clear vision and takes decisions.

Marcel Koller knows what he wants. But he also clearly knows what he does not want. This is the very reason why he is able to set clear, ambitious goals for his players and ensure they are committed to achieving them. Everybody knows exactly what part he has to play and what he is expected to do.

In addition, Koller is not scared to take decisions. Every game is different, requiring careful preparation, hard work and a new strategy. Flexibility and agility are key in this context.

“Executives, too, need to bear in mind that taking no decision is always the wrong decision. Many businesses fail because important decisions are unnecessarily delayed as those responsible for taking them are unwilling or unable to commit. When the going gets tough, executives should believe in the strategy they opted for and not waver from it. There is no point in shilly-shallying, and this applies to soccer as much as it applies to business.”

When Marcel Koller makes a decision, everybody knows exactly why he does what he does. Koller is eager to foster good interpersonal relationships; credibility, authenticity and respect are top priorities for him in this context. Hence, he involves his players in all of his decisions and always takes plenty of time to explain the whys and wherefores.

Prof. Kasper: “Whether you prefer an anachronistic ‘bad-cop’ approach to leadership or a ‘good-guy’ strategy, your decisions always need to be transparent and comprehensible. Also, keep in mind that ‘bad cops’ have had their day in both soccer and business. There is research evidence that ‘motivating’ people by browbeating them eventually has a seriously detrimental effect on their performance and their self-confidence!”

Koller does not put on airs and try to become a cult figure as the team’s coach while the players are reduced to complete idiots - a comparison often made by today's media. Instead, he treats his players as equal partners.

Prof. Kasper: “This is a given neither in the world of sports nor in the world of business. However, executives must treat the members of their teams with appreciation and respect if they want them to be top performers. I am no starry-eyed idealist, but in order to be able to achieve the best possible performance, there needs to be an interactive and cooperative approach - not an authoritarian one leading inevitably to demotivation and frustration.” 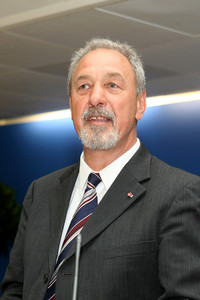 Helmut Kasper got hooked on the sport after being introduced to it by his father. The passion for the game stayed and, 60 years later, he cheered on the Austrian national team in the stadium as they qualified for the UEFA championship. He's looking forward to the games in France where he'll join as an "away fan" of the Austrian team...