A Story-Teller Not Afraid to Make Mistakes

Stefan Grafenhorst, Global Head of Sustainability & Corporate Affairs, feels that time is running out. The current decade will decide humanity’s fate. “We no longer have a choice,” he says, “we must turn the coming years into the golden 20s of sustainability and transformation.”

In this first installment of our new Meet Our Alumni SDG Leaders series, Stefan Grafenhorst, who completed the WU Executive Academy’s Global Executive MBA, shares how he and his team at Greiner AG are making the packaging industry more sustainable.

Stefan Grafenhorst’s urgent appeal was not voiced in the framework of an NGO campaign fighting global warming. It was printed in the sustainability report of the packaging manufacturer he joined four years ago. The report, which can be downloaded from Greiner AG’s website, offers a wealth of concrete and graphic figures: every sixty seconds, eight tons – a full truck load – of plastic waste end up in the ocean. The Austrian company headquartered in Kremsmünster applies a sustainability strategy called Blue Plan, which aims to reduce the manufacturer’s carbon footprint across the whole value chain and in the areas of logistics and production. Close to 12,000 people at more than 60 locations work in the three business segments of Greiner AG. That a manufacturer of plastics and foam solutions for the packaging, furniture, sports, and automotive industries is so committed to sustainability is not only due to CEO Axel Kühner, but it’s also a major achievement of Stefan Grafenhorst.

Stefan Grafenhorst is the first Global Head of Sustainability & Corporate Affairs at Greiner AG – a remarkable appointment considering that sustainability and climate change had not been part of his portfolio before starting this job on 1 April 2017. Grafenhorst worked for a strategy consultancy firm in Brussels, provided developmental aid in Zimbabwe for two years together with his girlfriend, held a research position in the German Bundestag’s Health and Tourism Committee, and had a job at the Association of Research-Based Pharmaceutical Companies. The only constant in his vita: his curiosity, persistence, and eagerness to learn something new.

Born in Berlin, he moved to Vienna in 2017 when he fell in love with an Austrian girl. The all-rounder had not planned to become Global Head of Sustainability: “I had also applied for a job with adidas in Nuremberg – but I did not want to commute. When I stumbled upon this job post, I was immediately fascinated: it seemed like a mission impossible that was clearly calling my name. I wanted to prove to the world that it was possible to steer a company through a transformation process that would make it more sustainable.” In the end, he got the job not so much for the expertise he brought to the table but because of his strong motivation to walk a new path and get people to join him. “I knew rather little about plastics but I can make a compelling case for things and I know how to tell a good story and get people on board.”

The Innovative Force of Not Knowing Everything

Stefan Grafenhorst believes that his “naive” approach as an outsider is a strength: “I will naively propose: let’s do x. When the experts then tell me that it’s impossible, this entices me to find ways to still make it happen. I’m not afraid to make mistakes.”

Ever since his appointment, he has incrementally extended his business unit. “In the beginning, everybody was opposed to plastics. Today, it’s no longer just about plastics but about how we can massively reduce our carbon footprint as a manufacturing company.”

This is not an easy feat: among other things, Greiner AG produces yoghurt containers made of plastic for a global food manufacturer based in Austria. Grafenhorst shares: “We had no idea where in the world these containers were sold, how large the logistics chain’s ecological impact was, and where the containers ended up, e.g. whether or not they were burnt.” Two of his staff members devoted all their energy to analyzing ecologically relevant data such as emissions and electricity consumption across the value chain. 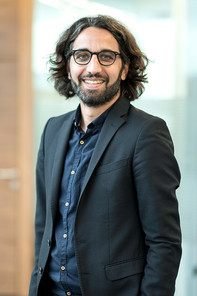 In the end, sustainability is nothing but “a major change-management process”. I can make a real impact here - it’s really our duty. We can’t expect somebody else to do the work of fighting global warming – it’s our own responsibility.

At the same time, sustainability is anything but easy: “We have to ship the Covid-19 test tubes we produce to North America on airplanes – this has increased our emissions.”

Stefan Grafenhorst has never stopped learning: on the job, by trying out new things, and through engaging with other people. His decision to enroll in the Global Executive MBA at the WU Executive Academy was not motivated by a career plan: “I wanted to go to a new place that had nothing to do with my work and where I would meet new people who might give me some answers – and also new perspectives. I was also able to contribute some ideas when it came to sustainability. I really enjoyed that. Several subjects I encountered in the courses were entirely new to me: for instance all the figures related to finances, controlling, and balance sheets.”

Stefan Grafenhorst has made sustainability an integral component of the corporate strategy of Greiner AG. He has also raised awareness of this topic among employees. In his opinion, the latter is his most significant contribution: “I can’t do anything to reduce the amount of waste created in Brazil. But I can make sure that the 12,000 employees of my company are intrinsically motivated to join forces to make a difference. Because people get going when they’re aware of the good that’s waiting for them.” 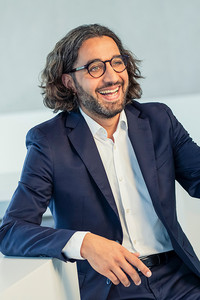 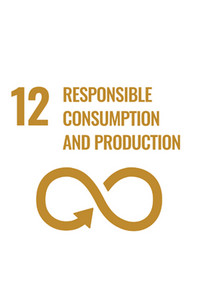