Career Story: Ivan Jandrić, Member of the Board at Addiko Bank Hrvatska

Lifelong learning is the path of one's own growth. The path you take in order to be satisfied with the life you live, and the things you do and create. I know this may sound like a platitude, but it is the only truth. Learning never stops,” explains Ivan Jandrić, Member of the Board at Addiko Bank Hrvatska. He comes across as a very modest man with a great human approach to what he is doing. He explains that he is interested in finance matters; he likes credit analysis and the corporate sector, although, as he adds, as the youngest child in the family, he was the one who "tugged" after his two older sisters and accidentally ended up at the Faculty of Economics in Zagreb. Today, he is an expert in what he is doing.

In his 46 years, he has changed positions and working places several times. He started his career while he was still in college when he joined a small bank where, as he says, he "walked through" almost all working places. He left the banking sector and for one-and-a-half years worked for the Italian-Croatian consortium that was responsible for the construction of the Zagreb-Goričan highway, in order to turn back to banking and get a job at Raiffeisen Bank. As far as career development is concerned, he has always striven, as he explains, for further education and experience in acquiring education abroad, thus his decision to undergo further education and do an MBA degree.

How has it helped him? He remains silent for a second on that question, and then very directly explains that what he has gained by studying at the WU Executive Academy in Vienna was knowledge and skills that he would not have been able to get if he had enrolled in the MBA program for finance and banking in Croatia at that time. He attended lectures with colleagues from the region. As the sole student from Croatia he attended lectures, worked diligently and gained knowledge and experience - not only thanks to the excellent professors, but also thanks to his peers who, in the course of the program, talked about challenges and achievements from their own markets. 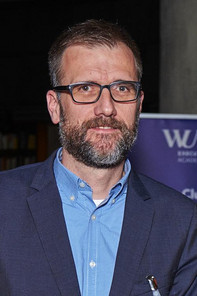 It is not popular to admit, but as a child I was a campaigner, only later did I really feel the urge for learning that keeps me going today. This motivated me to enroll in the MBA in Vienna. At the time, a colleague of mine attended a top-class business school in Manchester, and after one of our encounters, he enthusiastically told me about the school, but he also told me that it was far too far away and that he would be unable to apply in his job much of what he learned at that school. We are talking about 2008. Since then, much has changed. At the time, I chose the WU Executive Academy in Vienna, which is not only close to us but also provides a lot of knowledge applicable in practice.

Jandrić adds that his education was eased by the fact that it is an 18-month part-time program: "You do not have to be there always. First time, I froze the year because my wife had just given birth to our first child and I estimated that I would not be able to get the most out of the MBA the way I wanted to. When I returned, I completed the program in just 13 one-week modules. The training was really about much more than just acquiring knowledge. The people you meet at this school are especially valuable and that's the big truth."

The business school he chose, he says, had been founded only a few years earlier. Since then, the WU Executive Academy has developed into one of the leading business schools worldwide with a large alumni community that also gathers periodically in Croatia.

Jandric was an honorary speaker at

this year's alumni gathering, where he addressed his colleagues and tried to provide them with information on what he has achieved thanks to his new knowledge, additional education and the fact that he works in the sector he really likes. "This alumni community was not that large when I was attending the Professional MBA Finance. Today, the WU Executive Club has more than 4,500 international members. That is why I say that it is most important to invest in yourself. By finishing one program you have learned something, but the sector does not stagnate, it develops. You can get the most up-to-date information, experience, and potential solutions at these gatherings", adds Jandrić. Asked how his diploma has helped him he says - much, which is partly reflected in his increased self-confidence and numerous insights into how to sort things out more easily.

He worked for a bank that valued and invested in its employees, and so, according to such a policy, he advanced hierarchically. After 15 years, he left the bank, and as he says, came out of the comfort zone and found a job that fits him completely.

„I came to Addiko at the time when the new owners, Advent Int and EBRD, decided to buy it and change its strategy as well as the way it was doing business. This involved changing the brand, vision and mission - in a simplified manner, the bank was to start over. I was very happy to have worked with people I could learn from. This is important for everyone's development within a company. You need to have a leader you are learning from, and not one you follow blindly. Since I joined Addiko as a board member before the bank started a huge rebranding process, I found myself in the basic postulates of the bank: simpler, clearer, more direct - straightforward banking - I came to the conclusion that I was in the right place and with the right people. " Jandrić says: "It is important to know how to do the job for which you were employed, but also to know how to work with people. Let those who are hierarchically above you teach and inspire you. When you feel that you no longer have this, and you are not happy you should make a change. It's the only path to development and learning. For further education, always choose a school where you will get other benefits beyond pure knowledge, which in the long run may prove to be sometimes even more important."

I can laugh about:
A good simple joke, and I never tire of watching comedies like Seinfeld and/or Monty Phyton.

Shortcomings I am most likely willing to overlook:

Too often, I go too much into details and need time for reflection before I make a decision. Not in the context of my daily business, but rather when it comes to extraordinary situations.

My funniest/most exciting travel experience was:

A 3-week road trip with friends visiting several different national parks in the US from Austin, TX, to the Grand Canyon and back.

I could not live without this app on my cell phone:

There are numerous apps – the ‘usual suspects’, like WhatsApp and Viber, or the Addiko banking app, which allows me to do all my transactions from home, without any need for me to go to a branch office (and stand in line). It is a real time saver. Home apps (primarily radio and music remote control apps). And finally, Garmin connect, which I use together with my Garmin watch for tracking my activities (running and swimming).

You can always find this in my fridge:

Cold water, milk, Cockta (the local version of CocaCola with a tradition of more than 50 years).

I would spend my last money on:

I am poor at managing people.

My management style is not that bad. 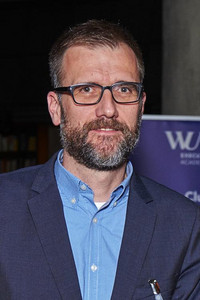 Ivan Jandrić is Member of the Board at Addiko Bank Hrvatska and Professional MBA Finance alumnus.