The Financial Times (FT) Executive MBA (EMBA) Ranking is without a doubt one of the most prestigious and important MBA rankings in the world. In this year’s ranking, the Global Executive MBA was not only placed among the world’s top 50 MBA programs for the third time in a row; the WU Executive Academy’s flagship program shot up 16 ranks and reached, at the 32nd place (#11 in the EU/#2 in Germany/Austria/Switzerland), the best score since first participating in the FT Ranking in 2008. The Global Executive MBA either (significantly) improved or was as strong as last year in 12 of the overall 16 evaluation categories.

On October 26, 2020, the widely respected Financial Times published this year’s EMBA Ranking. Every year, the announcement is eagerly awaited not only by business schools around the world but also by prospective MBA students: in addition to top accreditations such as AACSB, AMBA, and EQUIS, many of them rely on the FT EMBA Ranking to make a decision.

“This year’s result is a huge success in more than one way: at the WU Executive Academy, we celebrate because we received the highest marks ever and made the list of the top 50 MBA programs around the world for the third time in a row – results that confirm our belief that our efforts of the past years have been well invested. But what’s even more important is what this outcome means for our program participants and alumni: they can be confident that the Global Executive MBA, along with all the other great programs of the WU Executive Academy, provides an outstanding (career) environment that will enable them to grow both professionally and personally,” Barbara Stöttinger, Dean of the WU Executive Academy, says.

For WU Rector Edeltraud Hanappi-Egger, the Global EMBA’s top placement underlines the fact that WU is in a league with the world’s leading business schools: 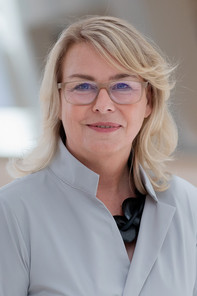 Well-known and renowned rankings are particularly valuable for students and those interested in further education, because they help to identify those universities that stand for excellent quality. The fact that WU does so well in different rankings is a nice reward for the constant efforts to continuously improve the education offered here. This is also reflected in the number of enrollments: WU is in great demand both in Austria and abroad, and we are very pleased about this, as is the excellent result in the FT Executive MBA Ranking.

Top results in almost all categories, particularly in “career progress”

Once again, this year’s ranking was based on 16 categories that focus on program quality and the career development prospects of graduates. In the career-related categories, the Global Executive MBA scored markedly higher than last year: “Especially in three categories that are very important to alumni: at USD 207,000, the average salary rose by 15% compared to last year; and at 64%, the salary increase (in comparison to before the MBA) almost doubled when contrasted with last year’s 33%,” Stöttinger proudly reports.

When it came to “work experience,” WU’s MBA was ranked number 7 in the world (#2 in the EU/#1 in Germany/Austria/Switzerland), even leaving behind the top-10 programs of HEC Paris and the IESE Business School. What’s more, the Global Executive MBA scored rank 12 (#5 in the EU/#1 in Germany/Austria/Switzerland) in the “international course experience” category, surpassing the EMBA programs of both INSEAD and CEIBS. 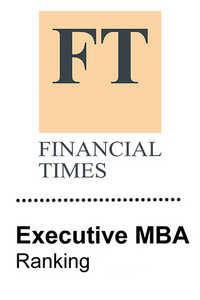 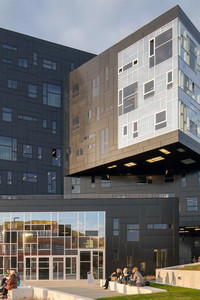