Fit for the future with "Strategic Foresight"

Innovative tools and methods to strategically shape the future

No one knows what the future holds. But what if we learn to better manage the uncertainty and to prepare for as many scenarios as possible? Strategic foresight is a concept that enables executives to strategically shape the future without being at the mercy of its vagaries. The WU Executive Academy's new short program “Strategic Foresight - New Approaches for Creating Strategy” is designed to provide executives and managers with innovative tools and methods for identifying developments early on, dealing better with unforeseeable challenges and making successful strategic plans in the face of constantly changing realities.

Roman philosopher Seneca once said: “How stupid to plan out the years that lie ahead when you are not even master of tomorrow.” Over 2000 years later, this applies to business more than ever: In the face of imponderables, increasing digitization, disruptive business models and omnipresent interdependencies, global markets can always take unexpected turns—no matter how meticulous you are in your planning. The consequences of decisions are increasingly less predictable, and external influences can hardly be controlled. But how do you react when your plans are losing their bite, and your strategies are being torpedoed by unforeseen events? Executives and top managers need foresight, equanimity and a completely new mindset in order to be able to deal with the uncertainties of the future? But how exactly can they foster these qualities? And what strategies can they use to better deal with unforeseen challenges?

The WU Executive Academy has developed a short program that addresses precisely these questions: “Strategic Foresight - New Approaches for Creating Strategy” is a unique training offering delivered in English under the academic directorship of Michael König, a senior lecturer at WU Vienna's Department of Strategy and Innovation who has many years of experience in leading businesses in complex environments. 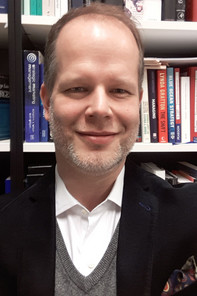 One listed company in two does not prepare for the future in a structured manner. No one can tell what will happen in the next 20 years. But we can learn to better manage the uncertainty. The curriculum of the new short program is designed to help participants do just that by taking a structured approach to exploring different future scenarios.

Recent studies conducted in the context of the University of Oxford's Oxford Scenarios Programme show that businesses tend to use tools and measures that have proved successful in stable times even when environments are volatile. “This is a potentially dangerous strategy because new situations may arise in which tried-and-tested approaches actually make things worse. You cannot control chaos by means of a standard toolbox,” continues Michael König. Generally speaking, traditional risk management and analyses of the past also fall short of the mark.

Strategic foresight helps resolve this dilemma: “If we make a conscious effort to spot weak signals that may be harbingers of dangerous scenarios, we can respond to potential threats early on,” says Michael König. Program participants, thus, also learn from other disciplines, like human sciences and astrophysics, that repeatedly turn their attention to such weak signals. Astrophysicists, for instance, have so far been unable to directly observe Earth-like exoplanets outside the solar system. The only circumstantial evidence of their existence has been provided by indirect measurements.

Therefore, astrophysics is included in the short program in a fun way: At the end of the second day of their training, participants travel to the planetarium in Vienna for a guided tour with “Science Buster” and physicist Werner Gruber. But that's not all: They also study the concept of “feral futures” and get active themselves after having been given some theoretical input. In teams, participants work on an “inverted case study”. Based on a practical challenge facing them in their jobs, they develop future scenarios and strategies for dealing with them. Moreover, they critically examine traditional SWOT analyses and apply in practice tools of strategic foresight, such as thinking from the future to the present: Event A has happened. What steps did we take in the run-up to it? In this context, participants also make use of what is known as “wild cards”—because it is important to have not only a plan B but also a plan C or a plan D for those events that are very unlikely to happen. In groups, they work on such an unlikely scenario and strategies for dealing with it. According to Michael König, it is crucially important to think through wild-card scenarios: “Alas, we see time and again that unlikely catastrophes such as the nuclear disaster of Fukushima are given insufficient consideration. And it is only in the wake of the Notre Dame blaze that those responsible for other historical buildings are starting to think about possible preventive measures,” he says.

In the course of the four-day program, participants familiarize themselves also with other dynamic strategy tools and turn to the start-up world for inspiration. “First and foremost, the program is about learning with and from one another,” explains Michael König. Guest lecturer Melanie Wiener helps them develop their understanding of open foresight, a collaborative approach that involves stakeholders and competitors in the process of strategy development. Moreover, participants learn about artificial intelligence and data science, which can be used to make future scenarios quantifiable. And they take an in-depth look at how managers can reduce fears and resistance among executives and employees in their organizations. The program is rounded out by a trip to Vienna's museum of art history, complete with a dinner: On this occasion, participants can let themselves be inspired by artists who, by using out-of-the-ordinary approaches, have broken up old structures and ushered in a new era. 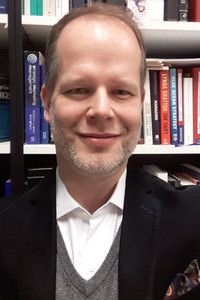 Dr. Michael König is Academic Director of the new short program "Strategic Foresight " and Senior Lecturer at the Department of Strategy and Innovation at WU Vienna.