Top ranking among the world's top 15 again this year

The Global Executive MBA has once again drawn accolades: in the recently published QS Executive MBA Ranking 2022, the program jointly offered with the Carlson School of Management (USA) has improved by one rank compared to the previous year’s rating, scoring the 14th place worldwide in the “Joint Programs” category.

Particularly the results in three of the overall five main categories are a reason to be proud: the WU Executive Academy’s flagship program exceeded competitors’ average ratings by far regarding “Executive Profile,” “Diversity,” and “Thought Leadership.”

Ranking of the Leading Career and Higher Education Network

Over the past 3 decades, Quacquarelli Symonds (QS) has developed into the leading global career and continuous education network. Its highly regarded QS Executive MBA Ranking is considered one of the most important MBA rankings today. This year, 220 executive MBA programs from 48 countries met the qualification criteria for being included in this ranking. In addition to identifying the leading programs on a global level (“Global” and “Joint”), QS also determines the top programs for geographic regions. Regional rankings include North America, Europe, Latin America, and Oceania. 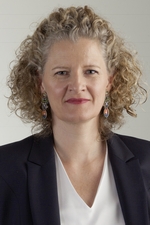 We are extremely delighted about this outstanding result, particularly since joint MBA programs are indeed special. They are usually so much more international, with regard to their curriculum, faculty, and also their participants. And this has a great impact on the experiences students make in the course of their studies. So it’s for a good reason QS does not include them in the ranking of stand-alone programs.

The QS Executive MBA Ranking assesses programs based on the 5 main categories of “Employer Reputation,” “Thought Leadership,” “Career Outcomes,” “Executive Profiles,” and “Diversity,” which are further divided into nine subcategories. WU’s Global Executive MBA scored 68.8 of a maximum of 100 points across these categories.

“I am particularly proud of the fact that we are so far ahead of the other joint programs in three of the five main categories. We received 78.2 points in “Thought Leadership” (which is about academic reputation and has an average score of 72.5), 67.5 points in “Executive Profile” (about professional experience with an average of 61.7), and 62.2 in “Diversity” (average score of 58.8). What’s more, rank 14 overall means that we once again managed to leave other top international business schools such as the Pacifico Business School/ESADE (PER/ESP/USA) and Washington/Fudan (IND/USA) behind,” Barbara Stöttinger says, proudly adding, “In the ‘Executive Profile’ category, our Global Executive MBA scored 67.5 points, which even puts it ahead of the EMBA Global Americas & Europe of the London Business School (UK/USA), which took the overall second place in the ranking.”

Detailed information on the ranking.

Find more information about and a detailed overview of the Global Executive Academy in the brochure: