Globalization myths in the age of Trump and Brexit

If you regularly follow what is going on in the media, you will notice that there is a great deal of hype surrounding globalization. Whether it is Trump, Brexit or Macron, constantly fuel is added to the fierce debate about whether, and if so in what respects, there is too much or not yet enough globalization and whether in politics the pendulum of globalization is swinging in one direction or the other. What all advocates and critics of globalization seem to have in common, though, is that they believe they know where the world stands in terms of globalization. But in reality most people labor under misconceptions. Therefore, we would like to take a step back and look at the statistics in order to dispel two popular globalization myths.

Myth 1: The world is highly globalized.

This seems to be a basic assumption made by both globalization advocates and globalization critics. Pankaj Ghemawat, Professor at IESE Business School in Barcelona, has studied globalization for years. According to his findings, many indicators of global integration are surprisingly low. Hence, experts say that today's world is “semi-globalized”.

Cross-border interactions and connections such as the flow of people, information, capital and trade have increased in recent decades. However, only 3% of the global population live outside their countries of birth, only 13% of the world's largest companies (Fortune Global 500) have foreign CEOs, and only 2% of all students around the globe study abroad. Even on Facebook, only 16% of our friends are international, and foreign direct investment, on average, makes up only 7% of global gross investment.

So, the level of cross-border interaction is fairly low in many cases, but interestingly we frequently tend to overestimate it. Based on research involving thousands of students, Prof. Ghemawat has scientifically proven that people have a tendency towards overestimation. On the occasion of a public lecture at the Vienna University of Economics and Business (WU Vienna), we have found that 80% of the approximately 500-strong audience significantly overestimated the proportions of both international students around the globe and foreign CEOs in the world's largest companies. In the same vein, people in the U.K. significantly underestimated the proportion of first-generation immigrants in the population, according to two separate studies carried out in the run-up to the Brexit vote.

Despite the widespread perception that today's world is highly globalized, people underestimate how developed emerging countries are, and significantly so in some cases. As part of a WU project that involved CEMS students and was supported by Gapminder, a Swedish NGO, we asked students of WU Vienna, the Vienna University of Technology and the law school of the University of Vienna (Juridikum) to estimate how developed several emerging countries, including Pakistan, Brazil and India, were. The collected data (approximately 1,200 responses) show not only that the students were wrong in many cases (there were eleven questions, and the proportion of correct answers was about 15%) but also that they massively underestimated how developed the countries are. Their estimates regarding life expectancy in Bangladesh (only 60 years instead of approximately 72 years), mobile phone network coverage in Nigeria (only 83% instead of approximately 99%) and the contribution of Brazil's services sector to the country's gross domestic product (44% instead of approximately 71%) were much too low.

All this goes to show that people labor under twofold misconceptions when it comes to globalization. We think this is dangerous as it increases the risk of making wrong social, political and business decisions. Election outcomes, political policies and business strategies would be different if these globalization myths did not exist.

Jan Schmitt, MSc. is a PhD student at WU Vienna's Institute for International Business. His research focuses on international relocations of corporate headquarters.

Benoit Decreton, MSc. is a PhD student at WU Vienna's Institute for International Business. His research focuses on the relationships between corporate headquarters and subsidiaries. 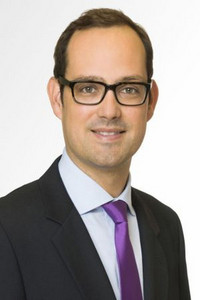 Academic Director of the Executive MBA Bucharest, Professor at the Institute for International Business and head of the Competence Center for Emerging Markets & CEE at the Vienna University for Business and Economics. His main field of research is global strategies and relations between company's headquarters and their subsidiaries.