Moscoso-Osterkorn on the future of renewable energy

Ms. Moscoso-Osterkorn, oil prices continue to be low. What implications will this have for the future development of renewable energies? Are there any positive aspects to this situation?

The fact that oil prices are low will not have any really fundamental impact on the development of renewables. The international commitments to climate protection have to be backed by actions; what is more, oil prices will stay low only in the medium run. A positive aspect, I find, is that fracking is becoming unprofitable, meaning less money is being invested in this environmentally unfriendly technology.

If leading energy experts are to be believed, in the next 50 years, fossil fuels will remain, by far, the most important source of energy. Do you share this opinion? What role will renewable energies play in 50 years' time?

I agree with the energy experts; as long as fossil fuels offer the best cost-benefit ratio, they will play a major role. Under the current system, renewable energies depend largely on government funding. This situation is unsustainable in the long term.

Once renewables are not reliant on government funding and achieve the same value for money as traditional forms of energy, they will supersede fossil fuels. Given that today's renewables have their limitations in terms of security of supply, storage and usability, renewable energies and fossil fuels will continue to coexist for a long time to come.

According to the relevant EU directive, the share of renewable energies in the EU's gross final consumption of energy is to increase to 30% by 2030. What does this mean in practice?

In practice, this means, first and foremost, that, at the current prices for renewable energies, end users will have to pay 30% more—incl. grid and energy costs. Whether or not countries will be able to afford this will depend on the economic development in the coming years. I am skeptical. Also, it should be noted that the sector generates much fewer jobs than those in the political arena claim it does, which is why in the short term the transition will be more of an economic bane than a boon for crisis-stricken countries.

Given the difficult economic climate, I think 30% is perfectly satisfactory.

What would be needed (in terms of political will, new technologies, etc.) to increase the share of renewable energies even further? Would that be possible at all?

There would have to be significantly new technologies; the existing ones are insufficient. In some places, there already is fierce opposition to additional wind turbines, new hydropower facilities, or more solar panels on farmland. I think rather than increasing government funding, policymakers should put more pressure on the energy industry to spend at least 3% on research and development. In 90% of cases, this could easily and immediately be done, considering that most governments have majority stakes in the big energy providers of their countries. At present, the energy sector invests less than 0.1% in R&D, which explains why no technological energy breakthroughs are made. If in the pharmaceutical industry R&D spending were as low as it is in the field of energy, we would not even have antibiotics today. 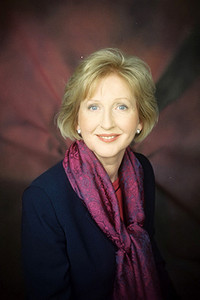 Since 2011 Marianne Moscoso-Osterkorn is a Board Member of the European Council for Energy Efficiency and is active as a senior consultant to various institutions. Prior to this she was Director General of the Renewable Energy and Energy Efficiency Partnership (REEEP) from 2004 to 2011.