Narcissism and the dark side of leadership

What causes upright managers to turn into corrupt fraudsters?

At the WU Executive Academy's MBA Alumni Lounge, leadership expert and WU Vienna professor Günter Stahl and Stephan Doering, Head of the Medical University of Vienna’s Department of Psychoanalysis and Psychotherapy, directed the spotlight on the dark side of leadership.

John Thain, the former CEO of Merryll Lynch, spent approximately USD 1.2 million on renovating his office - in the midst of the economic crisis. Richard Fuld, the then CEO of Lehman Brothers, stated publicly that he would take the troubled bank to new heights once the crisis was over. Three days later, Lehman Brothers went bankrupt.

Both cases are examples of irresponsible management behavior - and harmful narcissism. “Narcissism and the dark side of leadership” was the theme of the MBA Alumni Lounge that the WU Executive Academy had organized for its MBA graduates in collaboration with Brenner & Company, a management consultancy. In the course of the event, Günter Stahl, Professor of International Management at the Vienna University of Economics and Business, and Stephan Doering, Head of the Medical University of Vienna’s Department of Psychoanalysis and Psychotherapy, gave a lecture investigating narcissism among executives.

According to Günter Stahl, who carried out a large-scale study with his team of researchers to find out more about narcissistic and psychopathic traits among CEOs, a certain degree of narcissism is healthy and indispensable for executives: “We expect executives to be self-confident, persuasive and assertive.” However, excessive narcissism might have negative repercussions, Prof. Stahl warned.

Moreover, he pointed out that examples of outstandingly successful leaders such as Steve Jobs would cause our expectations to become more one-sided: “We all want charismatic leaders,” he said, “but the other side of the coin is that such leaders often tend to be narcissists.” And charisma and narcissism make for a toxic combination, as Prof. Stahl noted, saying “these managers manipulate others and harm them in order to achieve their goals.” That said, he added that many great leaders were rather ordinary people.

Stephan Doering stressed that it was important to distinguish between self-loving/healthy narcissism; narcissistic personality disorder, which, as he explained, entails many antisocial and harmful behaviors; and psychopathological personality disorder, which is the severest of these conditions. Individuals afflicted with narcissistic personality disorder have an inflated sense of their own importance, are preoccupied with fantasies of unlimited success, lack empathy, develop bouts of depression in response to criticism, are envious of others, require excessive admiration, and enjoy manipulating others for their own benefit. Getting too little recognition deals a crushing blow to their feeling of self-worth. Antisocial individuals are aggressive and impulsive, and find joy in being notorious liars and cheaters. Psychopaths display an extreme form of this behavior as well as malign – in other words evil - narcissism. They play reckless, irresponsible and often illegal games in order to gain advantages for themselves.

The causes of both are related to early childhood, an unsympathetic and emotionally frigid family, and mental and physical abuse, the expert explained, adding that women were much less often afflicted with narcissistic or psychopathological personality disorder than men. Scientists believe that this has to do with testosterone levels, but acquired behaviors are likely to be just as important in this context.

Study finds: managers are narcissists but no psychopaths

During their recent research project at WU Vienna, “Responsibility & Leadership”, Günter Stahl and his team have found no evidence to corroborate the established theory that corrupt managers are psychopaths. Among other things, the researchers analyzed corporate scandals in recent years as well as the biographical backgrounds of six top managers who have been convicted of corruption and fraud. While none of them had the defining characteristics of a psychopath, the research team found that “they all showed a highly narcissistic disposition.”

According to Günter Stahl's study, corruption scandals happen not only because of narcissistic top managers but also as a result of corporate climates and cultures that enable and even encourage narcissistic behaviors. “Frequently, businesses lack ethical values, or they preach them but do not live up to them. Volkswagen, for instance, made a commitment to “social responsibility”, “sustainability”, and “partnership-based conduct”. However, the subsequent diesel emissions scandal was seriously at odds with these values. The failure of top managers to practice what they preach will lead to cynical employees and a toxic climate,” explained Prof. Stahl. As a result, there will inevitably be conflicts, productivity will decline and the best people will leave the company.

Prof. Günter Stahl, an expert on leadership, teaches in the Global Executive MBA. Click here to learn more about the contents in the MBA modules. 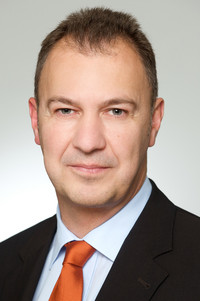