According to Financial Times: best business book of the month

Blockchain is the game-changing technology that has the potential to disrupt markets and save businesses billions in costs every year. It has created a gold-rush mood with IT giants, tech evangelists, libertarian entrepreneurs and financial organizations all hustling to be the main vendors in a future cashless world. Yet, blockchain still remains misunderstood by many organizations and business leaders.

Why this book matters:

As blockchain has moved from the blue jeans of Silicon Valley to the suits of Wall Street, Igor approaches the technology from its relevance to the financial sector as the industry where it is set to have the biggest impact. Through cryptocurrency, Igor explains the logic behind blockchain technology, and extends this into the unique applications it will have in the banking industry. The book is broken down into sections examining the key myths surrounding blockchain, such as: ‘Blockchain is the second generation of the internet’, ‘Open blockchains, rather than closed ones will power tomorrow’s economy’, ‘With the success of blockchain comes the downfall of the banks’, ‘Blockchain will erode the gap between the haves, and have nots’. 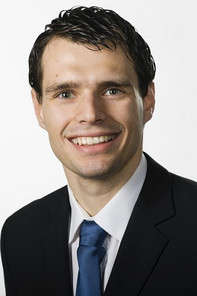 Analyzing a disruptive technology such as the blockchain consists of 80% business and 20% technology. I felt the 80% were massively underrepresented in the literature.

Despite the subject’s complexity, Blockchain Babel cuts through the technical jargon and applies management theory to provide a highly engaging and actionable guide to the most disruptive technology of recent times.

The new book Blockchain Babel from the industry expert Igor Pejic combines academic research with management strategy to create a blunt, eye-opening and actionable guide to blockchain, and how it could disrupt industries in a way that hasn’t been seen for decades.

The Financial Times has awarded Blockchain Babel as one of the best business books of March.

Pejic writes that while everyone in blockchain and banking seems to have an opinion, "there is little systemic research or strategic analysis." Here he aims to fill the gap by tackling common myths - e.g. that the success of blockchain will initiate the downfall of banks - and examines whether blockchain can really boost the economy and help reduce inequality.

He argues that if you are not on the blockchain frontline "sit back and enjoy the ride" because despite the uncertainties, Pejic believes consumers will be on the winning side as competitive forces push down the cost of banking services.

You can read the full FT article here (subscribers only). 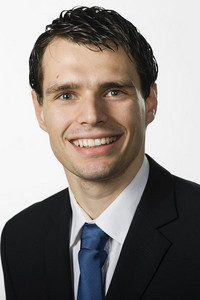 Igor Pejic is Professional MBA Marketing & Sales alumnus. He is the Head of Marketing at BNP Paribas PF AT, part of Europe’s largest banking group. As a former business journalist, Igor regularly comments on payments, transaction, and blockchain in the media. He was voted by McKinsey and the Financial Times as one of three finalists of the Bracken Bower Prize for his work on blockchain in 2016, which has resulted in this book.