On November 1, 2017, Prof. Phillip Nell will officially become the Academic Director of the Executive MBA Bucharest

The renowned global strategy expert and head of WU Vienna's Competence Center for Emerging Markets & Central and Eastern Europe will take over not only one of the WU Executive Academy's most successful programs but also the number one MBA program in Romania. Prof. Phillip Nell, who will succeed the program's initiator and long-standing Academic Director, Prof. Bodo B. Schlegelmilch, sees his task in continuing the outstanding success story, and in positioning the program even more clearly as the country's leading MBA.

Originally a joint education project involving Erste Bank/BCR, OMV/Petrom and the WU Executive Academy, the Executive MBA Bucharest has gone on to become the best MBA in Romania. Since its inception in 2006, more than 260 managers holding executive positions in Romania and far beyond have completed the program.

Fresh impetus for the future

The new Academic Director, Prof. Phillip Nell, who has been a faculty member of the Executive MBA Bucharest for many years, is eager to continue this track record of success, while providing fresh impetus for the future: 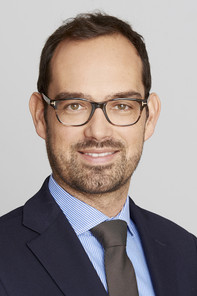 I am really looking forward to taking over the program which has been launched and then managed so successfully by Bodo Schlegelmilch during the recent years. The cornerstones of the program, such as the capstone projects as well as the international residencies in the US and in Vienna, will remain. Yet, I am planning to adapt the content of the MBA in the future. The main goal here is to be able to better incorporate some hot topics such as big data and analytics, digitalization, or globalization issues in times of Trump and Brexit. This will surely give the program another push.

His predecessor, Prof. Bodo B. Schlegelmilch, who has taken on new responsibilities and duties for AMBA (Association of MBAs) as the renowned accreditation agency's Vice Chair, puts “his” program in competent hands: 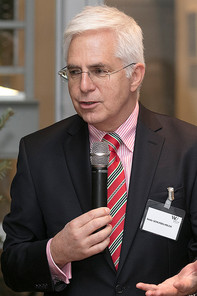 In recent years, countless managers have put their trust in us, and we have not disappointed them as I understand: Not only have they acquired new know-how and improved their leadership skills, but they have also made valuable professional contacts in the CEE region's largest network of executives. They have earned their MBA degrees from a triple-accredited university - only 82 business schools in the world have the privilege of holding this hallmark of excellence. All this would not have been possible without the right people. I am confident that Phillip Nell and the team of the WU Executive Academy will do a great job when it comes to continuing the Executive MBA Bucharest's outstanding success story.

Find out more about this program, which starts in November here! 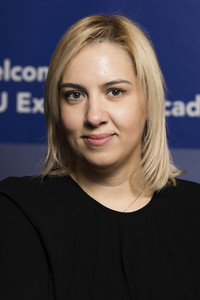