The Dark Side of Blockchain

No light without shadow: Robert Schwertner and Alfred Taudes talk about the possible negative developments of THE technology of the 21st century

Whether it is e-government, car sharing or cryptocurrencies: Blockchain technology leads to the emergence of new business models and allows for innovative applications. But there is no light without shadow. In the following, two recognized blockchain experts, Robert Schwertner, Head of Business Development at 0bsnetwork.com, a European blockchain platform, and Prof. Alfred Taudes, founder of WU Vienna's Research Institute for Cryptoeconomics, take a closer look at the dark side of one of the most promising technologies of the 21st century.

Nowadays, not only those who have been ardent fans of blockchain technology from the very beginning on, are firmly convinced that, in the near future, it will play a key role in many areas of business and everyday life - for instance when it comes to the secure transmission of data or to money transfers. In 2017, the price of the bitcoin cryptocurrency skyrocketed, causing not only an immense interest in blockchain technology but also many a wild speculation. The price plunge that followed has brought people down to earth and has made them focus on the real significance of and the opportunities offered by this technology.

The public debate revolves mostly around the benefits and the wide range of possible applications of blockchain technology. But there is also a dark side to it, and we see developments that are not necessarily positive.

Blockchain Technology as a Religion

Robert Schwertner is an expert on blockchain applications, and as a business consultant, he helps major groups all over the world develop strategies for managing blockchain technology. In his opinion, the exaggerated belief in the technology is something highly undesirable. “For some, this has almost become a religion.” According to him, it is a fallacy to believe that with this technology - great though it is - we will be able to solve the majority of economic and social problems. “We are just beginning to really understand what can and cannot be done with it,” adds Prof. Alfred Taues, Academic Director of WU Vienna's Research Institute for Cryptoeconomics and a faculty member of the WU Executive Academy's new short program Blockchain Transforming Business. He sees parallels to the development of the Internet in the early 1990s.

If blockchain technology becomes the method of choice for making monetary transactions, for instance, there will be a risk that those who do not have access to it will no longer be able to participate. “You won't be able to do anything unless you have a computer and Internet access,” explains Robert Schwertner. Alfred Taudes, too, thinks that the digital divide poses a problem. “It is naive to believe that you can promote development in the Third World by means of cryptocurrencies. That's impossible without electricity and mobile phones.”

Bitcoin and the Darknet

High energy consumption and the use of bitcoin transactions for criminal purposes such as drug trafficking are further negative aspects of blockchain technology in Alfred Taudes's opinion.

“When somebody uses cryptocurrencies to buy something illegally on the darknet, for instance, the checks that banks have to run on people upon opening an account are not made. The same is true with regard to the checks that banks carry out in the process of handling transactions. However, the problems resulting from this are overestimated.” According to Alfred Taudes, it is important to keep in mind that the normal banking system uses resources as well and that there is limited scope for illegal transactions, as banks do make checks when people exchange their cryptocurrencies for real money. He also points out that nowadays authorities have what it takes to efficiently analyze blockchain transactions and identify addresses linked to money of problematic provenance.

A New Kind of Currency Wars

Blockchain technology creates opportunities for people to free themselves from traditional systems or to extend them - this can lead to dangerous countercurrents. “In Venezuela many people only pay with Bitcoin, the powerful don't like such a development of course,” says Alfred Taudes. Robert Schwertner agrees that potential conflicts between those eager to cement the status quo and those who make use of new applications are another unfavorable aspect of blockchain technology. “There may even be wars.” Tensions between countries can also arise as a result of interference with blockchains - there is a risk that we will see a new kind of currency wars.

Chaos as a Result of Complete Decentralization

Robert Schwertner, who is also known as “CryptoRobby” among the members of the blockchain community, sees, for instance, the exaggerated hope for decentralization as a weak point. “We live in a real world, not an ideal one. The blockchain network will never be used in a completely decentralized manner because this would result in chaos,” he says, adding that there are many trends that lead rather to a centralization of the development of blockchain technology. Alfred Taudes subscribes to that: “This is also evidenced by the fact that although the code is open source, only a handful of developers set the agenda, as it were - they simply take concerted action. 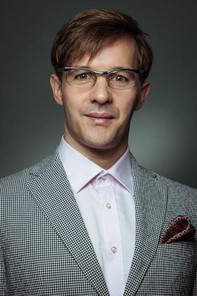 In my opinion the blockchain technology is here to stay. Very soon, we will be living in a world in which this technology will play a key role - in contexts unrelated to bitcoin.

Alfred Taudes could not agree more. “A certain feeling of euphoria is, thus, a good thing because now we need to try out concrete applications.”

The topics blockchain, new business models and digital change are part of the new MBA Digital Transformation & Data Science, which starts on October 14, 2019 for the first time. For more information, please click here. 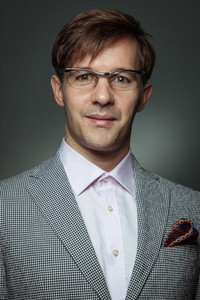 Robert Schwertner is Head of Business Development of the 0bsnetwork.com Blockchain platform based in Vienna. In addition, the blockchain expert advises companies and start-ups on the use of the blockchain technology. Schwertner launched the CryptoRobby brand (www.CryptoRobby.com), which publishes critical articles on digitization aspects on social media. Robert Schwertner is an author of the German Wallstreet online magazine and reports on current developments in the field of crypto currencies. He is also a speaker at international blockchain conferences. Prior to that, Robert Schwertner managed smart-city-related research programs at the Austrian Research Promotion Agency (FFG) and worked as product manager in the energy sector in China for several years.

Alfred Taudes is a long-standing faculty member of the WU Executive Academy and the founder of WU Vienna's Research Institute for Cryptoeconomics.