The Most Powerful Manager in Slovakia

Timea Reicher speaks about corona, her career and her MBA

If you had asked Timea Reicher, Global Executive MBA alumna, 15 years ago whether she could take a place on the board of a company, she would probably have answered no. In 2021, Reicher is now not only on the board of Slovnaft, one of Slovakia's largest companies, but is also considered the country's most influential manager.

You can read how this came about and what role her MBA at the WU Executive Academy played in it in the current issue of FORBES (interview in German). 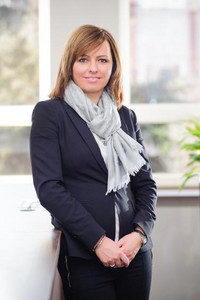 Timea Reicher is member of the board of Slovnaft and Global Executive MBA alumna.