The Need to Guard Against Stereotypes in Business School Case Studies

During their professional business education, students read, discuss, and analyze countless case studies. Some of these studies are plucked from the real world because they illustrate the application of concepts and consequences well, while others are fictionalized situations that simulate the real world of business. In a professional MBA, students bring their hands-on experiences to the classroom, and with case studies, they refine their skills further. For all of the value case studies have as an educational tool, some sources have recently gathered challenging data about them. One issue is relevancy— a business school classroom in Beijing may benefit from different cases than those studied in Boston. However, the more significant findings were about stereotypes. How do stereotypes limit the effectiveness of case studies and business practices? Read on to find out.

In 2018, the Harvard Business Review published “VC Stereotypes About Men and Women Aren’t Supported by Performance Data,” which was based on research done about Sweden.

Despite the country’s equality regulations, women-owned businesses were reported to receive just 7% of government venture financing. This is disproportionate, considering that one-third of businesses are women-owned.  The researchers interviewed a small group of government VCs and found “striking differences between venture capitalists’ gender-stereotypical beliefs and actual performance of these ventures.”  While there is not a direct link shown between stereotypes in case studies and these attitudes, many would agree that the two are related.

Stereotypes come from perceptions and prejudices, which have often been shaped and reinforced by language patterns or representations of people in popular culture. These patterns and representations show up in case studies, too. If you are interested in takingbusiness courses, it is necessary to understand how stereotypes may affect your studies and influence your decision-making process.

An earlier study from 2014 showed that a mere 9% of cases studied in Harvard classrooms featured women. Furthermore, the women in case studies were found to be tokens, occupying “pink” roles, or smaller roles than men. The language that described people in case studies was also divided along gender lines, with descriptors of women often not being relevant to the situation or lesson. It is easy to see how a connection could be made between these case studies and disproportionate rates of investment.

There are implications for other areas of business as well. Gender stereotypes reinforce strict limits on roles for both women and men, who also tend to be boxed in by case study language that implicitly denigrates men who do not conform to accepted versions of masculinity. The same is true for stereotypes about race, national origin, age and other identity markers.

This is a key issue for marketers, because while they may not wish to generalize their audience, they still need to be able to describe their target demographics, which can sometimes involve descriptors that could be construed as stereotypes. Of course, as many business school graduates will tell you, there is a difference between stereotypes and target personas, which aim to base their assumptions on the real-world behaviours of their subjects.

Expert marketers know that when these two concepts are conflated, your company will miss out on potential customer bases and profit. However, the reality is that stereotypes exist, so critical thinking about your case studies and real-world business interactions is all the more essential.

Are you ready to become an Executive Master of Business Administration? 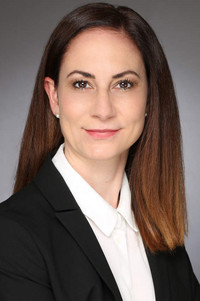