Companies all over the world have to reinvent themselves at light speed. In order to manage this transformation that can make or break a company, it takes courage, open-mindedness, and, more than anything, the radical ideas of rebels who defy norms to make true innovation possible. In the WU Executive Academy’s new short program titled “Awaken your inner rebel,” transformation experts Fred Luks and Markus Platzer explain why companies need more nonconformity and how leaders can rouse the rebel within themselves and their employees.

Without rebels, the big milestones in history would never have happened: take the women’s vote or the end of apartheid, for instance. In these instances, people were the driving force behind change, going against conventions and norms with passion and commitment and at times even risking their lives for the greater good.

“Faced with the increasing pressure to change and become digitized, companies today have to re-assess their established processes and business models from the bottom up. It is not enough to just adapt and react – they have to participate in shaping the future. True to the motto ‘It’s better to disrupt yourself than to be disrupted,’ an innovation culture promising success needs, first and foremost, people willing to do away with old-school beliefs, thought patterns, and behaviors,” Barbara Stöttinger, Dean of the WU Executive Academy, emphasizes.

This is why Markus Platzer, “provocative” coach for executives, maverick, and trainer, and Fred Luks, economist and expert on transformation, CSR, and sustainability, developed the “Awaken your inner rebel” short program together with the WU Executive Academy: to help managers and executives rouse their inner rebels. Both men have had a stormy career in large, international companies themselves. Today, they advise companies and their managers on how to welcome change, create a fertile environment for it, and thus make innovation possible.

What It Takes for Rebellious Entrepreneurship to Work

As per definition, rebels are people who question rules and authorities, challenge them, and consciously defy them. “Sometimes, companies react negatively to urgently needed change, which is then prevented by any means necessary,” Markus Platzer says. “It needs people who consciously irritate, antagonize, and astonish others by daring to do things others don’t have the guts for, in this way bringing about fundamental change. Having a pleasant exchange on ideas floating around is usually not enough.” 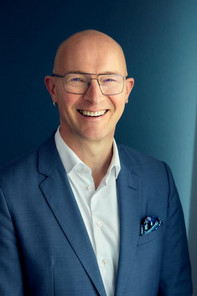 Open dialogue in companies alone won’t do the trick. An open corporate culture is the prerequisite for innovation, but it needs more to effect real change. More specifically: people with the courage to set the ball rolling and try out things others shy away from. Conversely, rebels do not stand a chance in a very rigid system devoid of openness. In a culture like this, they will fail miserably.

Rules are There to be Broken

Part of being a rebel is bending the rules from time to time – all in good legal order, of course. “Without rebels who broke the rules, we would still be sitting in trees,” Luks quips. However, you don’t need to break the official rules of your company to become a rebel: “There’s usually a plethora of unwritten rules that prevent change,” Luks says. What rebels do need for their subversive day’s work is persistence, “a high level of energy, and strong intrinsic motivation,” Platzer specifies. He considers strategically breaking the rules legitimate as well. 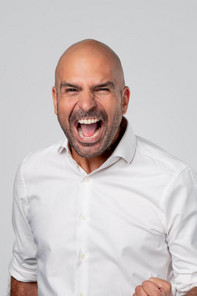 Especially in large organizations, it’s unavoidable to play by the rules and forge alliances. But time and again, I have seen how much time is wasted on unproductive political games. Who can I approach with what topics in what way? Who will voice these issues, what kind of safety net do we need to build in advance, and whose feathers should we absolutely not ruffle? Just imagine the competitive edge companies could gain if all that time were used productively. It is time for radical openness if we want to stop the wide-eyed admiration of Silicon Valley for once.

Bill Gates vs. a “Culture of Coddling”

Fred Luks emphasizes the importance of an innovation-friendly culture: “There’s a famous saying: ‘If he were German, Bill Gates would still be in his garage.’ In Austria, Germany, and many other European countries, there’s still a social stigma attached to failing.” Especially in Austria, Markus Platzer senses a “a culture of coddling” that eschews confrontation and is obsessed with harmony. “I consider open dialogue and a love for a lively debate to be the absolute prerequisite for true innovation to work out,” Platzer says.

Expecting colleagues and employees to become rebels at the expense of risking their jobs, however, is the wrong approach, Fred Luks says: “It’s the executives’ job to prepare the ground for rebels. They don’t even have to be rebels themselves.” What’s important in this respect is diversity across the company, “i.e., a healthy mix of different opinions and skills, and also of age, origin, sex, and non-linear careers,” the experts say. In any way, active efforts should be made to create a rebel- and thus innovation-friendly corporate culture beyond mere employer branding: “If the job posting makes promises that the corporate culture just can’t keep, you’ll attract young talents who will ask themselves where the heck they have landed after just three days. Very suddenly, the advertised agile corporate culture, mutual appreciation, and flat hierarchies will shrink to nothing,” Platzer says. Not surprisingly, these talents will leave the company as fast as possible.

Your Guide to Success: How to be a Rebel

Rebels advocating for their unconventional ideas and convictions with passion can be priceless for a company’s capability to change and innovate. “Being hell-bent on getting one’s way, however, is certainly not the best strategy,” Fred Luks warns. This is why, together with Markus Platzer, he has created a short guide on how to be a rebel aimed at helping renegades to get the attention of their managers and colleagues when they want to share an idea. As often in life, there is a right and a wrong way.

How to be a Rebel

Check your intrinsic motivation. How important is this idea to you? What kind of vision do you have for it? Be prepared to draw on your perseverance for the long discussions ahead.

Are you planning on pushing through an idea that is a little different? If so, you will need to underpin it with facts and figures. Fall back on a form that is familiar to the decision-makers to convince them.

Look for sparring partners and forge alliances with like-minded people to get your idea on the table.

Don’t ask for permission, but just go ahead with small steps: in your team and within your range of possibilities. Experiment, explore, adapt if need be. As soon as you see some success in implementing your idea, report to others and convince further managers to do the same. Be a little naive as far as the rules are concerned – or at least appear that way. Apologize after the fact.

5. If You Can't Convince Them, Confuse Them
Irritate where it’s required.

6. All Hail the King

And as a last resort to achieving your goal: pass the laurels to your manager in the end. It may be old school, but it’s better than no change at all.

For more information about the program "Awaken Your Inner Rebel", please contact us here.

For more information about the portfolio of executive education of the WU Executive Academy, please click here. 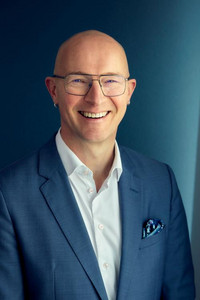 Fred Luks was Head of the Competence Center for Sustainability at WU Vienna for over 5 years. Today, the specialist for sustainability and transformation is self-employed as a researcher, publicist and speaker. 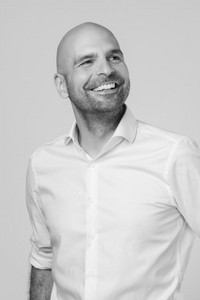 Markus Platzer is a coach and trainer for executives and sees himself as an alternative thinker. He can look back on many years of leadership experience as a top manager, which he shares as a speaker and blogger. 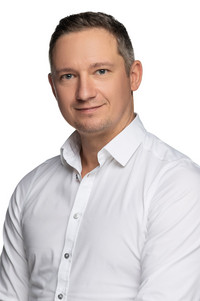 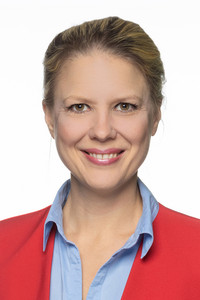