6%! Romania on the Path to a Speedy Recovery from COVID-19?

The recessions caused by the COVID crisis and the current recovery paths have been very different across countries. The IMF recently predicted very strong growth for Romania in 2021. We think that businesses need to be careful.

COVID has put the break on many economic activities and has sent essentially all economies into recession. One of the most important factors that determine how strong the pandemic affects an economy is the extent to which a country is dependent on tourism. Countries with a larger tourism sector have suffered more than those that are less dependent on this sector. The Romanian economy contracted by 3.9 percent in 2020, a shock that is comparable to that of some European economies with a similar size of the tourism sector such as the Netherlands or Bulgaria. However, the contraction in Romania was substantially stronger than in other countries. For example, Lithuania only contracted by 0.8%, and Estonia by 2.9%. While the sectoral composition of a country cannot be easily changed in the short term, the most thrilling question now is if and how fast the economy will recover from the recessionary shock.

Romanian’s Economy on the Rise

In this context, it was surprising that, in April 2021, the predictions of the International Monetary Fund (IMF) projected a growth rate for Romania of 6% for 2021. This is significantly more optimistic that their previous forecast from October 2020, which set Romanian growth at 4.6%. It also makes Romania the economy with the highest expected GDP growth in the region. Hungary, for example, is projected to grow by 4.3%, Slovakia by 4.7 %. We thus asked ourselves: what are the key factors for a speedy recovery and how does Romania fare in this regard? Should we perhaps be more cautious than the IMF?

Three important factors influence the recovery. First, the speed and coverage of the vaccine rollout. Second, the efficiency of the fiscal policy response to the crisis, and, finally, the extent of foreign direct investments. There is ample empirical evidence that these three factors are themselves directly determined by the overall institutional quality of the government. 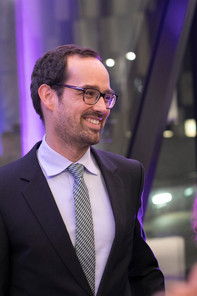 A simple descriptive look at the relationship between the size of the economic shock caused by the COVID pandemic (estimates from the IMF’s World Economic Outlook) and institutional quality indicators, which we sourced from the Worldwide Governance Indicators, reveals that, on average, countries with high regulatory quality, corruption control, and government effectiveness tend to experience lower GDP costs in the current crisis. This relationship is depicted in the figure below for 51 economies. We used the indicator of “government effectiveness” as the institutional quality variable. The government effectiveness index measures perceptions of the quality of public services and civil service, its independence from political pressures, the quality of policy formulation and implementation, as well as the credibility of the government's commitment to such policies.

The relationship between government effectiveness and the economic effect of the COVID crisis suggests that an increase of one point in the government effectiveness index is associated with an economic shock, which is about 1.2 percentage points smaller. This means for Romania that the GDP shock is approximately 1.8 percentage points larger than the shock that Romania would have experienced, if it had the level of institutional quality of Estonia.

In fact, according to the World Governance Indicators, Romania ranks last in government effectiveness, corruption control, and regulatory quality among all Central and Eastern European economies of the EU (as measured in 2019). 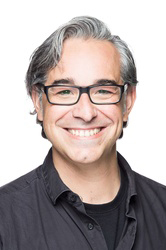 This contrasts starkly with the expectations of economic growth performance over the coming months, as reflected in the IMF forecasts. The IMF forecast is therefore likely to be too optimistic.

We hope that – despite all indicators – the Romanian government will do a good job in terms of vaccination rollout, implementation of the recovery and resilience plan, attraction of foreign direct investments, and control of public debt dynamics. Yet, businesses may be better off assuming that the recovery is more moderate. In fact, the World Bank expects Romanian GDP to increase by a bit more than 4% this year. This seems more realistic to us. 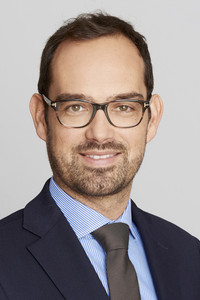 Phillip Nell is the Academic Director of the Executive MBA Bucharest, Professor at the Institute for International Business Wien and Head of the Competence Center for Emerging Marketings and CEE. Besides teaching in Copenhagen and Vienna, he has taught at ESADE Business School in Spain, and universities in Padova, Linz, St. Gallen, Prague, and Rio de Janeiro. More information

Jesus Crespo Cuaresma is a full professor of economics at WU Vienna University of Economics and Business. His research interests are macroeconomics and applied econometrics. He is teaching in the Executive MBA Bucharest, the leading Executive MBA program in Romania.