Doctor and Manager with 4,000 Employees

The wanderer between two worlds

Can you, please, share with us your career development until now? What stages in your life have had the greatest impact on you?

As far as my career is concerned, I am a wanderer between two worlds. On the one hand, there is the world of technical know-how and skill, which, for me as a medical doctor, is about treating patients. On the other hand, there is the world of management, in which I wear the hats of a manager, an executive and a leader. They both have had their time in my career at different points.

After 15 years of working as a gynecologist and psychotherapist, I accepted a management position in 2005 and worked in management for the following 10 years, gradually assuming more and more financial and personnel responsibilities. Ultimately, I became a managing director with a non-profit hospital operator that generated a turnover of 250 million by the time I decided to quit in 2015. My decision was perhaps also motivated by the fact that I felt very empty on the inside. I no longer wanted to invest my creativity, passion and inspiration in a system whose goals I did not believe in anymore and whose ideas I no longer subscribed to.

In the face of this existential crisis, it was a great alternative for me to again be able to work exclusively as a medical doctor at the gynecological university hospital in Munich until late 2018. This has firmly rooted me in reality and really shaped me. All of a sudden, I was once again close to the needs of patients and staff members. I look back at that time with great thankfulness and humility. Being able to just say “I will make a change; I do not have to do what I am currently doing” gives you a great feeling of freedom and independence - even though it meant no longer being the “big boss” with a lot of privileges.

Two years ago, I accepted another executive position, becoming the managing director of the Paracelsus group of clinics, which generates a turnover of 400 million and employs a total of 4000 people at approximately 30 sites. Without my down-to-earth attitude that I have thanks to the experiences I just told you about, I would be much less authentic and definitely less able to promote the necessary process of transformation. I also still have that feeling of independence.

I wanted to become a journalist. But two very prestigious schools of journalism did not accept me as a student. It was through my alternative military service that I found my way to medicine. The desire to help those who are suffering by empathically providing them with the best possible medical care has been my driving force ever since.

Now, that is really a tricky one because usually a good performance and good results are achieved by the team as a whole and not just by me as an individual.

My first management position, which I held at University Medical Center Hamburg as of 2005, involved establishing a new error culture and dealing with medical risk management. At the time, this was a new field in medicine, and I was a complete novice. That said, 15 years on, the effects of my work there are still noticeable, and many things have been copied by others.

I can see that our four children are developing into freethinking individuals who are curious, who feel responsible not only for themselves but also for the world around them, for society and for the environment, and who courageously stand up for their opinions but also pause and reflect. And I am still happily married - 20 years after having tied the knot; of course, there have been many ups and downs, but so far, we have weathered all storms together. We feel such a pleasant feeling of maturity and happiness. To my mind, you can call this a personal success.

The intense trust-building process I currently have to deal with as part of my work at Paracelsus is a huge challenge for me. When I joined the group two years ago, I was confronted with a situation that was characterized by great uncertainty. The group was going through the final stages of insolvency proceedings and was being taken over by new shareholders that were also industry newcomers. Many staff members had given notice or intended to do so; the political conditions were not rosy, and the group was admittedly not organized very professionally across the board.

The first step was to win the trust of the shareholders, the employees and all of the other stakeholders. Now, it is important to maintain their trust in the long term. What remains a challenge above all else is to make an understandable desire for overacting on the part of the shareholders manageable. Also, it is necessary to transition from just taking action, sometimes hastily, to moving forward in a structured manner. For me, this means that I need to strive for containment and stay focused. Never before have I experienced anything like that in such an intensity.

As for my biggest professional mistake: I would rather speak of a wrong decision that I made in the context of changing jobs. Nowadays, before joining a new employer, I would always look very closely at whether I stand behind the values and the purpose. I had not thought about that carefully enough before making the move from the university hospital to the non-profit (Catholic) hospital operator. In the course of the five years I worked there, the different views on ethics and morals drove me more and more into a conundrum. To put it in a nutshell: Do not go somewhere unless you think that the values there are very deeply in line with your own!

What were the 3 most important experiences in your life that have led you where you are today?

When you think of the biggest talent in your company, what 3 pieces of advice would you give him or her for living a successful and fulfilling life?

Well, I would give him or her advice along the lines of what I have just written in reply to the previous question. Plus, perhaps, that you need to distinguish clearly between situations when you have to deal with something yourself and instances when it is perfectly okay and fair not to take ownership of troubles and problems and instead leave them for somebody else to deal with.

And: Striving for success and recognition is no good strategy when it comes to constraining one's narcissistic tendencies. The dose required for successful compensation constantly increases. So, use other qualities as the main yardstick for defining your “self” and your self-worth, and do not strive to always be the best and the first.

Do not attempt to go against your fears, your uncertainty and your weaknesses. Try to embrace them; they are part and parcel of who you are!

Using just 5 words, how would your team best describe you as a leader?

What has changed in your career as a result of your MBA degree? How did the program support you in reaching your career goals? What concrete career opportunities have opened up for you?

In 2009, shortly before graduating from the MBA program, I became the head of two business units. In that role, I was responsible for managing a budget of 60 million euro. One and a half years later, I was the managing director of a clinic with a turnover of 80 million euro.

I was and still am able to benefit greatly from every single module of the MBA. As I had no business knowledge prior to the MBA, those parts of the training that were rather “technical” in nature, such as accounting, controlling or financial management, have helped me a lot, and so has the input on topics related to marketing, negotiating and organizational development.

But most of all I have benefited from working in teams - among others with MBA fellows enrolled in the programs in the USA and in China - and from the diversity of the student body, i.e. the mix of different countries, cultures and industry backgrounds. I am really glad I did not opt for an MBA in healthcare but stepped out of my comfort zone to participate in an international, multicultural program that included three international study trips to six different parts of the world.

Without the MBA, I would not be where I am today, both professionally and privately speaking. For me, this has been an incredibly worthwhile investment!

As far as the workload is concerned, how did you manage to reconcile an MBA with a demanding job and your family life?

That was at least as much of a challenge for my wife as it was a challenge for me. At the time, we had four children aged between 0 and 15, and my wife also worked full-time as a medical doctor. Even before the MBA, we had a full-time nanny, and there was my mother-in-law, who would lend us a helping hand if necessary. But we all knew what we were in for, and my partner was full of commitment. Moreover, we were used to working hard and long hours.

I was a very disciplined student. About five to six times a week, I did pre-module and post-module work, usually after the children had gone to bed, i.e. roughly between 8 p.m. and 11 p.m. As I said earlier, many of the topics were completely new to me. So, I could not draw on previous knowledge. What I could draw on, however, was my methodological competence with regard to the acquisition of knowledge. As a result of my medical studies, my specialist training and my scientific work, I had a lot of practice and experience in familiarizing myself with new stuff quickly, which made it a lot easier for me to cope with the dense program and the wealth of input and assignments.

For the in-class sessions, I was given leave by my employer.  Without the leave and the unconditional support of my wife, I would have ended up being overtaxed.

To have time on my hands, be unreachable and read and cook without being disturbed.

Giovanni di Lorenzo. He is the editor-in-chief of “Die Zeit” and a TV presenter. I would like to give both activities a try and be as good at them as he is.

I can laugh about:
Comedy movies from the 1950s such as "Some Like It Hot". They make me laugh time and time again.

Mistakes I am most willing to forgive:
Any mistake, as long as I feel that people are reflecting on their mistakes.

My funniest/most exciting travel experience:
Experiencinf Tuscany at the age of 17 was exciting and had a very strong impact on me. I intended to stay for 4 days over Easter and ended up spending 4 months there...

I could not live without this app on my cell phone:
Alas, there are 3 such apps: SIXT, booking.com and Lufthansa. I organize things myself and travel an awful lot.

You can always find this in my fridge:
A good bottle of Sauvignon blanc.

I would spend my last money on:
Good food.

Today, I know:
I have learned that I do not have to be the best anymore. 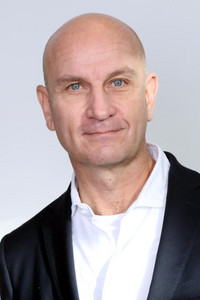