Women in management positions are still the exception in Austria. Executive Search specialist Doris Hofmeister, illuminates the topic from the perspective of recruiting: "Austria's companies think far too conservatively and miss out on many opportunities."

The Trend ranking of the 100 most powerful business women in Austria (issue 09/2019) has caused great excitement. In particular, the figures published in the Boston Consulting Group (BCG) study on gender equality in Austria's listed companies in the course of the ranking. Figures that show mercilessly that the proportion of women in the management levels of domestic top companies is shamefully low and that women - if they manage to advance to the top management levels at all - also earn significantly less than their male colleagues at these levels.

Elisabeth Stadler, CEO of the Vienna Insurance Group, is the first woman to lead a company that is listed in the Austrian Traded Index (ATX). Only eight of the 165 board members in Austria's 50 largest listed companies are women. For Doris Hofmeister, Partner and Director International Business at Mercuri Urval Austria, a shocking result. Despite all her efforts, she sees no chance of rapid change and says, "It will be another 20 years before we have an adequate quota of women."

According to the BCG study recently published in trend, Austria's 50 largest listed companies have 165 management board positions, of which only eight are filled by women. What do you think of that as a recruiter?

I read that in preparation for this interview and it shocked me.

How do you explain this ratio?

I can only attribute that to the people who make the personnel decisions, to the networks, in which people move, and to their decision-making patterns. Today, decision-makers in the executive search sector are mostly over 50 or over 60 years old. They are familiar with a traditional role model. We live in a society characterized by men and conservative patterns. Femininity is often unknown terrain.

What's unfamiliar about it?

Companies try to minimize risks. They are therefore looking for people who have already done a job somewhere before and rarely give the unknown a chance. The need for security is very prominent. They are used to being in pure male teams. There are enough women who would be willing to take up a management position, enough candidates, also for board positions or as supervisory board members, yet women just don't get the chance.

Don't companies that want to minimize risk in that way end up getting stuck in their routine?

Companies definitely have to think outside the box, change things up, and think outside the box. Recruiting is going in the wrong direction. One should ask oneself what personality is needed. You can learn one or two technical things - you can't learn charisma. You should work sustainably when building a team.

And not to fill positions with women, also because they could become pregnant, is very near-sighted. But change is on the horizon. With the generation now in its early 30s, it is normal for a man to stay at home and a woman to have a career. The real social problem is the lack of willingness from decision-makers to allow this to happen.

Would part-time work be an idea?

Women in management positions are never on parental leave anyway. It may not always be entirely legal, but these women remain connected with the company, perhaps do small jobs, and stay involved. Leadership is once again asked to step up to the plate: Leaders who give women and men adequate tasks on parental leave. This requires flexibility on the part of the employer. Of course, flexible working hours must also fit the job, but with telephone conferences and Skype many things are possible.

It is true, however, that Austria is still very traditional and old-fashioned when it comes to parental leave compared with Scandinavia or Eastern Europe. Here, it can perhaps set a strong example that even governmental officials go on maternity leave. Regardless of party politics, I consider this to be good and laudable and an important signal.

Do women perhaps sell themselves below their value in recruiting?

I often notice in women, especially those over 40, that self-esteem is not as developed. They tend to hide from the spotlight and appear with less self-confidence. They don't highlight their competence, but rather look for deficiencies in themselves to be able to fill a position. It's different with the younger ones. These are often pushed by their education - you sometimes have to slow them down.

I see it as a service for my clients, the companies and candidates, to inform them about their market value. Even if they were to sell below their value. I advise on what a fair salary is for a certain position. There are always people who do not assess themselves in line with the market situation and women generally negotiate salaries more moderatley - especially in the management sector. A list of competence often leads to an awakening. Candidates often take it for granted that they can do something.

Currently there is only one woman among the ATX CEOs in Austria. When do you estimate that there is a balanced ratio?

In about 20 years. By then, the measures taken in the school system will  have the chance to take effect.

But today's 40-year-olds have nothing more to gain from this.

That's right. The process is going in the right direction, but it will take so long until we have a 30 or 50 percent quota. One could wish for things to go faster, but Austria, as a more traditional country, will go this direction step by step and not in a rush.

What possibilities would there be to speed up the pace?

Leadership development, business coaching, developing capabilities, and actively pursuing talent management. Also promoting those who do not stand up for themselves. Maybe women really need more coaching and mentoring. Yet, when they join a team, it's also important that they stay authentic, true to themselves, and stand up for their own decisions. It's up to the women to handle it professionally.

In technical fields, it's especially apparent that women are missing.

There is a lack of women with technical training in middle management in Austria. In personnel and marketing there are many applicants, but in finance and production only men apply. The problem is: female graduates of the HTL and the technical universities are not supported in Austria. Many initiatives are being launched, but they are still in their infancy. The result is that there is not a single application from a woman for advertised positions such as production management, even if a company were willing to give a woman the job. It's different in Eastern Europe. There are many women in top management there, also in IT. Here we are talking not only about parenting style and school systems, but also about role models and society's understanding of the role of women. Women in technical professions are quite normal in Eastern Europe.

Is there any tendency for this to change in Austria?

I don't sense it yet. Not with the current applications. In the young generation, however, there is a different understanding of men and women's roles. However, like the measures taken in the area of education in the executive sector, this will only become relevant on the labor market in about 20 years. But in order for Austria to remain a competitive location, something must be done to achieve more equality. Also in IT, just think about the shortage of skilled workers.

Can gender quotas contribute to this?

At the beginning I was no friend of the gender quota and the opinion that one should convince them through performance results. But reality shows that there is no change without a quota. That's why I changed my mind. In any case, you have to show performance and have the necessary competence. And why not give preference to women?

Are internationally active companies perhaps one step ahead here?

Yes, but in practice we are dealing with the Austrian middle class, our Hidden Champions. Often there are still barriers that are difficult to overcome. Many companies are aware of the war of talent and that they have to do something for their employer brand. A corresponding quota of women is important.

You can read the German interview with Doris Hofmeister here. 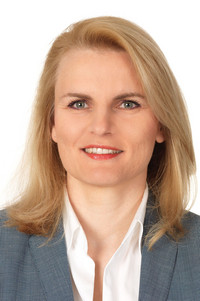 Doris Hofmeister, Partner and Director International Business of the international active executive search company Mercuri Urval, was guest at the "Female Laders Breakfast" organized by the Female Leaders Network of the WU Executive Academy on the occasion of the "World Women's Day" on March 8th. She gave a lecture on female careers from an executive search perspective.