A pioneer at A1: Being agile at Austria's leading communications provider

Michaela Huber-Kroneisl has adopted a completely new attitude towards leadership, and she has given strategic purchasing at A1 a thorough shake-up together with her colleagues. The WU Executive Academy's “Pioneers of the 21st Century” program has provided her with a wealth of significant input for transforming herself and her organization.

Michaela Huber-Kroneisl's professional track record is a textbook example of an executive career. After having earned a degree in business administration with special emphasis on controlling, she started working as a junior controller at mobilkom austria, which, at the time, was a newly founded company that had a start-up feeling to it. She was soon promoted to the position of area controller, moved on to become the head of cost accounting and, aged less than 30, took over responsibility for CMO board controlling and thus the controlling affairs of important business areas. When the previously hived-off mobilkom and its parent company, Telekom Austria, re‑merged in 2010, Michaela Huber-Kroneisl made yet another career move to become the head of a department dealing with financial matters in customer service, a role that also involved leading a team of some 70 employees - classic executive jobs in a classic hierarchy. Following an internal restructuring, she decided to change jobs within A1 and joined the strategic-purchasing team, again in an executive capacity.

Much has changed in over a year. In strategic purchasing - and in many other areas of the A1 group - no stone has been left unturned when it comes to New Work. Michaela Huber-Kroneisl and her colleague Andreas Hofer have set up an agile unit: The five departments responsible for strategic purchasing have been merged, and roles and responsibilities have been re-distributed among employees in order to reduce redundancies and overlaps. Employees now make many decisions on their own in their respective fields of activity. Today, Michaela Huber-Kroneisl and Andreas Hofer are the only executives with personnel responsibility and act as Heads of People & Resource Management.

Michaela Huber-Kroneisl has seen her role as an executive change fundamentally. In addition to her executive role, she also has operative roles. 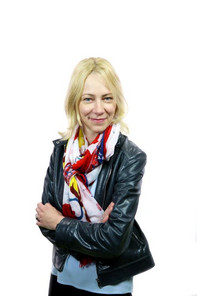 I am also a business unit SPoC, that is an interface for people from different areas, and a strategic purchaser, i.e. I do operative work in the field of strategic purchasing, albeit to a much lesser extent than my co-workers. Tasks in twelve purchasing categories are distributed among the members of the purchasing team. So are the project leads. People attend to tasks according to their individual strengths and interests.

As an executive, she no longer delegates tasks or gives orders, but: “I foster my relationships with employees, make sure they do work that suits them and support them as a kind of coach. It's much better when team members make their own decisions.” Many one-to-one meetings, reports, approvals and briefings that used to be required when there was a traditional hierarchy are no longer needed today; things are discussed in the different project teams if and when necessary. This has made life a lot easier for Michaela Huber-Kroneisl: “I no longer have to know all the subject-matter details but can focus my attention on managing people”. Hence, she has more time to address the needs of the individuals behind the roles. Her understanding of leadership has also changed on a personal level: “Today, I treat those whom I lead much more as equal partners. Time and again, I am a learner who asks employees for information - they are the subject-matter experts.” According to Michaela Huber-Kroneisl, agile working is still a rarity when it comes to cross-functional roles: “But we see that it really works.”

As part of the WU Executive Academy's “Pioneers of the 21st Century” program, Michaela Huber-Kroneisl wrote a final paper in which she set out to support and promote the transformation in her department. The process of transforming A1's strategic purchasing began last summer; the six-month five-module program started in October. Michaela Huber-Kroneisl and Andreas Hofer took part in it.

“The program has helped us a lot in setting up our agile unit,” says Michaela Huber-Kroneisl. Both of them immediately applied in practice their newly acquired knowledge and specific measures from the program - for instance, they created a Kanban board with their interns and did a systemic team constellation during the accompanying coaching session. “This allowed us to identify multipliers of change in our team.” In the new unit, the regular meetings that used to be held in pre‑transformation times have been replaced with the “Wednesday Morning Coffee”, which provides team members with a forum for communicating relevant topics themselves. Another learning from the program is to involve team members into strategy development at a much earlier stage of the process with a view to jointly defining the objectives of the strategy and how to achieve them.

Feedback with a difference

Also as a result of the program, Michaela Huber-Kroneisl has established a new feedback culture. “It is important to show appreciation for what people do. But as executives, we are workwise no longer as close to employees as we used to be. What we have realized is that the feedback given to the individual employee needs to come much more from the team. The program has been tremendously helpful in this context,” she says. This approach has proved hugely successful: The peer feedback that people have received by talking to their colleagues has been highly appreciative. Her training has also encouraged Michaela Huber-Kroneisl to let go even more as an executive and “to convey to employees even more why we implement certain concepts”. The program ended a short while ago; the agile transformation continues. “We, Andreas and I, have many more ideas,” she laughs.

Have we aroused your interest in the "Pioneers of the 21st Cenutry" program? For more information, please click here! 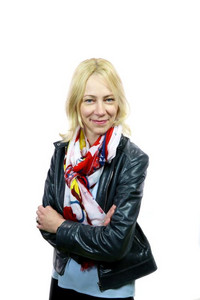 Michaela Huber Kroneisl is, together with Andreas Hofer, Head of People- & Resource Management at A1 and has completed the program "Pioneers of the 21st Century" of the WU Executive Academy.