Probably the times when the segment of business I was responsible for was growing so aggressively that I felt I could not keep up with it in terms of my personal development have had the biggest impact on me. The things around me were changing so fast that I felt a need to change myself. I took the decision to do the Global Executive MBA program because I thought it would help me in this context.

Did you originally want to pursue a different career?

As a child, I wanted to be an astronaut. Apart from that, I have always been interested in computers. I had the luxury to be able to play games on the character terminals of those bulky computing machines that took up entire rooms at my uncle’s work when I was a teenager. It seeded my interest in the algorithms those games followed, and when it was time for me to choose my major, I went for computer science without hesitation.

How and why did you come to work for SoftServe?

At the time I joined SoftServe, it was a tiny company of around 20 people. I already had some professional experience of developing software for local companies. Doing software for US customers intrigued me a lot. It provided me with the opportunity to reach a huge, actively growing market and to stay abreast of technological innovations. It was the dawn of the software development outsourcing era.

By the time I finished my Executive MBA program, a significant restructuring process had started at the company. My MBA degree, especially its global focus, helped me to apply for the role of VP Global Operations. I felt I was a seasoned manager at that time, but my experience was limited to managing software development teams. Organizational development, by contrast, was something absolutely new to me.

Within my first 18 months as VP Global Operations, I was doing something that had never before been done in the company. Two new offices were opened in the two biggest cities in the country, providing access to the biggest pools of talent. International offices were opened in Bulgaria and Poland. We started acquiring companies to build up our market in Europe.

By now I have changed role again and switched to the position of SVP Client Success. Besides responsibility for software development, this role involves a lot of client development work, new services promotion and upselling, which is an absolute novelty for me. This is where I’m again going to apply knowledge gained during the MBA program.

A trip or a vacation requiring me to stay offline and be unreachable for calls for a week.

What was the last book you really enjoyed?

I could mention a bunch of books, including:

-       The Art of Thinking Clearly by Rolf Dobelli

One major task of a leader is to make the team share the goal. Everything else - resources, knowledge, the fact that there are only 24 hours in a day - will become secondary if the team takes the goal as their own.

I like traveling and seeing new places, which is a rare luxury for me. As far as recharging my batteries in everyday life is concerned, I have rediscovered jogging as a replacement for the first cup of coffee.

With one of these people: Linus Torvalds, Sergey Brin, Larry Ellison, Elon Musk - during the times when they were just brainstorming ideas and talking through the concept stages of those great things that changed the modern world. I want to understand what differentiates a breakthrough idea from many other competitive ones.

Why would you recommend the Global Executive MBA of the WU Executive Academy? What did you like the most?

When I was applying, I was asked about my expectations from the program. My sure answer was to meet new people and learn from their experience. The program absolutely did not disappoint me in that. WU perfectly applies the old paradigm that learning comes from putting knowledge into action. The global focus of the program is especially valuable in the modern world where most business is done over the wire or even goes wireless.

You are challenged to grow as an individual, which will make you value it even more. :-)

I can laugh about:
Past failures. It’s easy to laugh at them – they are a thing of the past, and I have all the experience to prevent them from happening again.

Shortcomings I am most likely willing to overlook:
Lack of knowledge if there is lots of willingness.

I would spend my last money on:
My ability to keep moving. While I’m still moving and able to change, there is no need for me to worry about “my last money”.

In 20 years, I will:
Be “old, not obsolete” © Arnold Schwarzenegger in Terminator Genisys 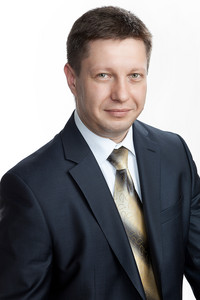 Andriy Ivashkiv works at SoftServe and is a Global Executive MBA alumnus.