Cellular Renewal for the Boardroom

When everything is getting too much, the art of letting go and making a choice to go without something can be liberating – and that principle does not only apply to the human body: autophagy, a biological term that denotes the cleansing and renewing of body cells, also works for companies – if it is done in the right way. Executive coach and best-selling author Nathalie Karré and Helga Pattart-Drexler, Head of Executive Education at the WU Executive Academy, analyzed the things 21st-century managers should best get rid of in order to benefit from this effect in their professional lives and ensure cellular renewal in their companies.

Every one of us has experienced it: over-stimulation, a deluge of bad news, being swamped with work, and struggling to meet the expectations of others. Executives in particular are currently asked to cope with a multitude of challenges at the same time: the coronavirus crisis, organizing remote work, changes in the work processes and their understanding of leading, new technological requirements, and, on top of that, business as usual with its quarterly goals and enormous pressure to succeed. Often, they are left with the feeling that they have to make everything work somehow. Paradoxically, the solution to this dilemma is doing not more but less: making a decision to think, say, and do less. “We tend to be afraid of letting go because we fear that we could lose something,” says Helga Pattart-Drexler, Head of Executive Education at the WU Executive Academy.

What we fail to see is what we can gain by doing less: more focus, more quality in the things we do, more room for new ideas, solutions, and relationships. Nathalie Karré, Managing Partner of ACCELOR – The Transformation Company, confirms this. The WU Executive Academy alumna (she completed an Executive MBA) has been supporting people and organizations throughout processes of transition and development for more than two decades.

How Cell Cleansing Works – for the Body and for Companies

Her best-selling book “Der Jungbrunnen-Effekt” (The fountain-of-youth effect) makes a case for 16:8 intermittent fasting: through phases of abstinence and purposely going without food, the body’s cells can renew themselves. In a similar way, executives can promote cellular rejuvenation within their companies. 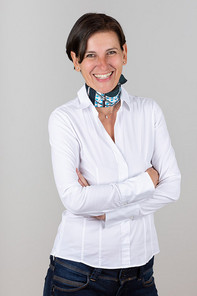 Abstinence during fasting or meditating gives us more clarity, strength, and energy, a keener sense of perception, and, as a consequence, better self-management. Anything we deprive ourselves of, we will perceive more intensely afterwards. Abstinence is followed by autophagy, i.e. waste removal and cleansing: the body burns off residue junk within the cells and thus repairs them.

In a similar process, managers can start a cleansing process for themselves, their teams, and their companies, creating room and strength for new things and more quality – as long as they make the decision to dispose of the following things:

Energy Sappers Within the Company

Especially in large enterprises, there can be an accumulation of projects, processes, and structures that – due to internal politics or a lack of self-reflection – continue to take up space and energy even though nobody would miss them if they were scrapped. In the meantime, these things tie up resources, work hours, and human effort. Clogging an organization’s system with too many projects and tools makes for delays and overwhelmed, ineffective, and frustrated teams. “By identifying energy sappers together with your staff and having a good clear-out, we can create room, time, and energy for new projects and more effective processes,” says Helga Pattart-Drexler.

In traditional companies with strict hierarchies, the balance of power is often deeply entrenched. As a consequence, those who make themselves heard the most are usually rewarded with promotions. “In organizations that are structured like this, people often exploit the achievements, results, and networks of others to their own benefit,” says Nathalie Karré. The habit of executives resting on the laurels of their teams needs to stop, Helga-Pattart Drexler agrees. It is counter-productive for managers to surround themselves with a bunch of mini-mes who never once challenge them. “Executives had better look for employees who are better than they are – and different,” Karré advises. It is not the success of the individual that counts: “Success is the sum of the performances of all team members.” According to Nathalie Karré, it is important “to take a step back and let employees voice their opinions. In order for the entire organization to grow, everybody’s potential must be fostered.” By doing this, executives can “start leading effectively, as the pioneering management researcher Fredmund Malik has been promoting for a long time,” says Pattart-Drexler.

Executives are often caged in by their own dogmas. “It is not uncommon that experts are promoted to leading positions because of their excellent know-how and not their managing skills. Still, they are responsible for ten, 50, maybe even 100 employees,” Nathalie Karré remarks. It is absolutely necessary to do away with outdated practices such as “the belief that leading is something anyone can do and that does not need to be learned like a trade or the idea that managers do not need feedback,” says Karré. Leaders who never receive honest feedback have no way of contributing to a positive corporate culture. “Executives must learn to constantly question themselves and reflect on their performance. In order for themselves and their team to grow, they need to look at their blind spots regularly,” Helga Pattart-Dexler agrees. “Unfortunately, we all tend to dole out praise and appreciation sparingly. But managers need positive feedback just as much as everybody else. However: giving and receiving constructive feedback are skills that need to be honed,” she says.

Especially for managers, everyday business can be challenging. Self-management and aiming to regulate our emotions can help us correct stress-related imbalances. For this, we need to acknowledge our emotions without taking them out on others. Whenever the stress gets too much, it is important to try out balancing and calming activities. Nine out of ten successful top managers meditate, says Nathalie Karré. “People who are at peace with themselves and live a balanced life – and that includes work, leisure, family, and health as well as time for themselves – have an easier time allowing others to develop,” says the expert. We need to ask ourselves: how can I be good to myself and others, for instance employees and cooperation partners? “My work as a coach has shown me that many leaders do not treat themselves very well. However, in everyday work life it becomes clear that you need to master self-management before you can manage others,” Karré points out.

Keeping Everything in Check

“Relax, nothing is under control.” Ever since the coronavirus crisis, this saying has turned out to be very true. Being in control makes us feel safe. In our economy and society of the 21st century, however, this has turned into an illusion. 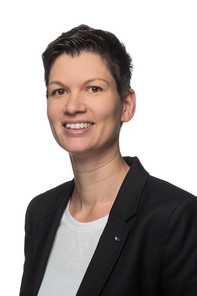 It has become impossible for us to plan for all contingencies and include every single factor in our decision-making process. Simply put, we can neither plan nor control everything.

Bad experiences leave their mark on us, prompting us to avoid them in the future. Often, executives are scared of losing face because they made a mistake. “We are finally in a place where companies put more trust in their employees – paradoxically, because of the coronavirus. However, now companies are coming up with regulations regarding people’s work space at home,” says Nathalie Karré. “This is absurd.” What we need to do is integrate the learnings from the pandemic in all of our work processes of the future in a constructive way.

A Misguided Sense of Responsibility

Being responsible for everything, having to decide for one’s employees, being an expert on and needing to know everything: all of these dogmas are anchored in the old command-and-control management patterns. “Not everything can and must be done by executives,” Helga Pattart-Drexler emphasizes. Today’s managers have to focus on the big picture: the team as a well-oiled machine as well as the strategic orientation and goals of the project, the department, and the company as a whole. Micro-management not only weighs down on and causes stress for leaders but also hurts their relationship with employees. Managers should share their responsibility in order to clear their heads for the challenge of leading people and strategies. The results of a study by Wayne Baker are unambiguous: wherever people encourage others to focus their energy on the system, and work with goals in mind, the company performs best. “People like these are set on solutions, strengthen others, give feedback, and have something bigger in mind than just themselves,” says Nathalie Karré. And this is also how leaders can support their employees’ personal growth.

Mission statements and values pinned on a company’s wall are nice to look at, but they are not enough. “Values need to have an actual effect on the daily life and work at a company. When that happens, executives share a common goal and employee engagement rises,” says Nathalie Karré, who, in her work as a consultant, also supports companies in cultural change processes in the framework of the “Great Place to Work” award. The results of a value-oriented culture speak for themselves: “Fewer sick days, lower burnout rates, a higher EBIT, and better-matching applications for vacancies.” Managers need to live up to the challenge of being a role model and implement the values of their corporate culture.

The goal of leadership is to make sure that people can develop and thrive, taking on responsibility for themselves. This is why executives have to learn to moor their leading style in situational awareness. “Everybody is different. Some people need more freedom to make their own decisions, others do better with more guidance and structure,” says Helga Pattart-Drexler. Treating everybody the same and giving everyone the same amount of attention does not make sense – on the contrary. As Nathalie Karré concludes, “Getting to know the individual personalities of their employees is one of the most crucial tasks a leader has.”

You can read more about Nathalie Karré and her career here. 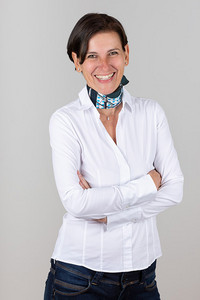 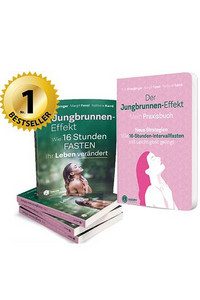