After having completed his Professional MBA Entrepreneurship and Innovation, Mathias Nell developed a climate change app together with Alexander Ruzicka. BEAT3° is an app designed for children and teenagers to raise their awareness of climate protection and motivate them to get active themselves. By cooperating with cities and municipalities, the two social entrepreneurs make sure that their actions have a real effect.

Back in 2018, when Mathias Nell was an MBA student at the WU Executive Academy, he was not yet the person he is today: “Back then, I didn’t think of myself as a climate protection activist, and my MBA peers probably didn’t see me this way either,” the graduate of the Professional MBA Entrepreneurship & Innovation relates.

This changed in February 2020, just before the world was hit by the coronavirus pandemic, when he and his friend Alexander Ruzicka started to work on their climate change app BEAT3°, which they launched in October 2020. Their startup particularly supports Sustainable Development Goal 13 of the United Nations: climate action.

Fridays for Future as a Turning Point

When Mathias Nell attended a climate march organized by “Fridays for Future” in Vienna in 2018 with his kids, he started to think. 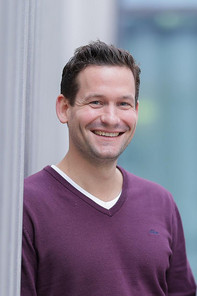 There were so many people there who cared about our planet’s future. I was thinking that not everybody can be Greta. But everybody can do something. How do you catch the masses, though?

So he started doing something with Alexander Ruzicka, who studied Environment Management at the University of Natural Resources and Life Sciences, Vienna. In these early days, they devised challenges connected to climate protection for each other. In 2020, Mathias Nell finally quit his long-time job as anti-corruption investigator and compliance manager to devote all his time and energy to developing his BEAT3° app. Its mission: making use of gamification and nudging to encourage people to act and in this way contributing to stopping the current global warming trend towards an increase by three degrees Celsius.

“In our MBA course, we learned about rapid prototyping, which is about putting ideas to the test very quickly. It enables you to see if an idea will work out already at a very early stage. I experimented with a ton of ideas. But nothing really came of it,” Matthias Nell remembers. Then he changed employer, and that’s when he met Alexander Ruzicka. During their lunch breaks and over after-work beers, they continued to bounce ideas off each other, which eventually lead them to BEAT3°.

Originally, the app had been designed for adults. But the two founders soon realized that the target group of children and teenagers was not only much more promising, it was also a better fit due to this age group’s eagerness to have a purpose. “Our vision is a world in which climate, environmental, and species protection are a matter of course. Because tomorrow’s adults will have grown up with the right mindset. For many of today’s adults, climate protection is still a trade-off between social, economic, and political interests,” Mathias Nell says.

“Greta Thunberg’s big achievement is that we at least listen to kids and take their future more seriously. We want to use BEAT3° to help continue this success story.” According to Nell, it is high time for taking action: “If the temperature on Earth keeps moving towards a temperature increase of three degrees, today’s quality of life and opportunities will become unattainable and something to read about in history books for our children.”

Gamification characters motivate children and teenagers to complete climate challenges in real life, collect credits, participate in idea contests and, thus, make a real difference. “In a way, it’s like the principle of savings books for children. If you save a little bit of money every day, you’ll be able to retire when you reach the age of 50,” Matthias Nell explains. And the same goes for climate protection: “If we and our children take a small action every day, the world will get the chance to rest and recover.”

Against this backdrop, challenges include well-known examples such as saving power and energy, collecting and upcycling waste, and cooking with leftovers instead of throwing them away. But the two founders also devised very creative tasks, such as climate detective and geocaching missions and quiz rallies. There has also been a lot of positive feedback from parents. “Parents often also participate in the challenges, helping their kids to cook vegetarian meals, for example,” says Mathias Nell. He knows first hand how kids can make their parents stop and think: “My second son, who literally grew up with the app, once told me as we were driving somewhere: That’s bad for the environment. Let’s use public transport for the next trip.”

Cities, Municipalities, and Companies as Partners

For the two social entrepreneurs, turnover and profit are only means to an end. Cities and municipalities have become their most important partners and customers. They use the BEAT3° app for raising climate protection awareness in their communities in an easy and uncomplicated way. Also schools can use the app in classes or for special projects. Challenges, quizzes, and idea contests can be adapted to the respective region. Cooperation partners receive ready-to-use media and communication packages, which makes their campaigning, for example on social media, a lot easier and time-effective. Partner companies such as the Vienna public transport provider Wiener Linien, A1, a major mobile communications provider, and various sponsors are already on board. Together with the Austrian Startups association, Mathias Nell and Alexander Ruzicka have also realized a Green Entrepreneurship Challenge via the app. Their plan for the near future is to attract even more Austrian cities and regions as BEAT3° partners and also gain a foothold on the German market. 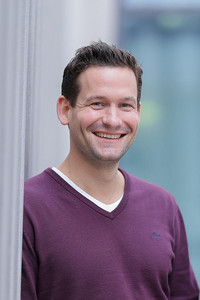 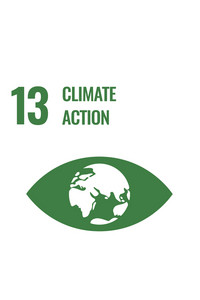