How is COVID-19 affecting Central- and Eastern Europe?

Current headlines paint a bleak picture: Germany plunges into recession. So does Austria. The second quarter of this year is revealing the economic costs of the pandemic: “We are expecting a significant economic downturn across Europe in the first half of this year – and particularly in the second quarter we are currently in. In the second half of 2020, the economy could bounce back,” says Andreas Schwabe, Senior Economist CEE at Raiffeisen Bank International AG and an alumnus of the Global Executive MBA.

No Two Crises are Alike

The economic effects of Covid-19 cannot be compared to the global financial crisis of 2009, as Schwabe explains: “It’s true that production and international trade took a real hit back then, but people continued to consume goods and services.” It was, in fact, the services sector through which the struggling economy could eventually be stabilized. However, the measures put in place because of the current pandemic also restricted the service industry and drove down private consumption.

How Pronounced Will the Recession be in CEE?

Emerging markets in Central and Eastern Europe are also experiencing a recession as a result of the pandemic, albeit, in most examples, to a lesser degree than in Austria. In general, the region’s countries, with the exception of Russia and Belarus, reacted quickly, imposing strict rules similar to the measures taken in Austria. Death rates are significantly lower than in Western countries. Although the health systems in Eastern Europe overall cannot compare to those in the West, the CEE countries have reported fewer severe cases, Schwabe says. Just as in Austria, the number of new infections in CEE is declining at a rapid pace and even in Russia, a slight deceleration can be observed. Only the Belarusian president, Alexander Lukashenko is not quite convinced of the danger that the coronavirus poses, Andreas Schwabe reports. The CEE economies have been particularly struck by the interruption of international value chains through their trade with Germany, China, and Italy. Also, tourism might take a hard hit if travel bans remain in place.

“The future development now depends on how the restrictions will be lifted in the respective countries,” Andreas Schwabe says. Particularly Hungary, Bulgaria, the Czech Republic, Albania, and Croatia need to act carefully. Croatia opened its borders to tourists from EU countries and the Schengen area already on May 17. Austria’s borders have been open to citizens of the Czech Republic, Slovakia, and Hungary since May 17, but other countries have not yet ended their strict border controls - they continue to only let commuters travelling to jobs cross the checkpoints. “The recession will be more pronounced in economies that depend on tourism,” Andreas Schwabe says. Economically fragile countries are supported by the International Monetary Fund and the EU: “Bosnia, Albania, and Kosovo have received funding from aid programs,” Andreas Schwabe explains. Together with the European Investment Bank, the EU plans to make 3.3 billion euros available to the candidate countries of Albania, North Macedonia, Serbia, Montenegro, Bosnia and Herzegovina, and Kosovo.

Throughout Central and Eastern Europe, national banks are lowering their interest rates and some countries are purchasing government bonds and assets in order to support the economy. Government guarantees for bank loans are another way to help struggling companies. Analysts at RBI and the International Monetary Fund (IMF) expect Austria's gross domestic product (GDP) to decline in the current year 2020, while the forecasts for 2021 look better again:

With regards to Russia:The restrictions imposed by President Putin started with a week off work, which was later extended to May 11. With the exception of essential workers, everybody had to self-isolate at home. Tourists from countries outside of the EU such as China and the USA had to observe a 14-day quarantine; violations were punished with up to three years in prison. Even before the pandemic, low oil prices had been giving Russian leaders a headache. But due to the past years’ restrictive fiscal policies, the country now has resources to fall back on. Russia’s National Wealth Fund, which is sustained by oil and gas sales, has saved up 165 billion dollars. For the time being, the government plans to spend only a small part of this sum on relief measures arising from the Covid-19 crisis. 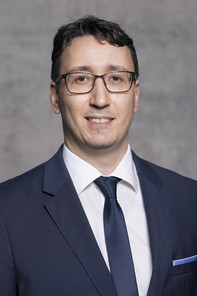 Russian state aid amounts to about 2.5 percent of the gross domestic product, staying below the average figures in Eastern Europe. What is more, very few small enterprises and individuals have benefited from the aid measures so far.

With regards to Romania:The lockdown was similar to the one in Austria. Starting on May 15, the country has lifted some of the restrictions. “Due to its considerable budget deficit, Romania was in a weak position to start with,” Andreas Schwabe explains. For 2020, RBI forecasts that the country’s GDP will shrink by 7 percent. Seventy-five percent of the gross salary of employees currently released from work as a consequence of the Covid-19 pandemic are covered by the government. Income tax payments can be deferred. Companies and individuals affected by the pandemic can also defer loan repayments, and the government is backing the bank loans taken out by small and medium sized enterprises. In March, the National Bank of Romania lowered its benchmark interest rate by 50 basis points (BPS) to 2 percent. The government is currently planning re-purchase programs to help companies stay solvent and creditworthy.

With regards to Bulgaria: Bulgaria also imposed restrictions, which have gradually been lifted since early May. In terms of GDP, 2.5% has been designated for a set of measures to combat the recession. The government takes on 60 percent of the gross salaries of employees working short-time. A bonus payment was paid out to medical staff. Corporate tax payments can be deferred until June 30. The government has also distributed 1,500 tons of food to people in need. Banks have had to cut back on planned investments and were given more flexibility: a moratorium was created for corporate and private lenders.

With regards to Croatia: The holiday destination, which is particularly popular among Austrians, has started to lift restrictions. As of May 11, malls, shops, restaurants, and bars have been allowed to open on the condition that safety measures are observed. The country’s borders were opened to tourists on May 17. Small companies using a short-time scheme are supported by the state, which pays for the entire labor costs of the net minimum wage – this applies to 500,000 jobs and makes up 2.5% of the GDP. The government has decided to spend 11.6% of the GDP on measures to address the corona-related slump. Citizens can defer tax payments and loan repayments. In addition to that, the country’s central bank overhauled its rules regarding foreign exchange interventions and the government purchased bonds. The central bank also lowered the interest rate on minimum reserves from 12% to 9%. It also set up a currency agreement with the European Central Bank.

Andreas Schwabe also recently examines the economic effects a second wave would have on the CEE region. Click here to read the article. 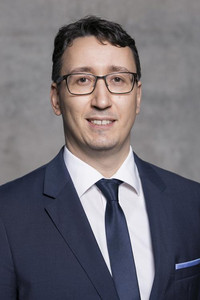