Smart Corporate Governance: a Way out of (Almost) Every Crisis

These are the 8 management learnings of the Global Executive MBA alumna Mae Leyrer, garnered and applied during tough times.

Transformation manager Mae Leyrer steered the tradition-steeped Estonian fashion brand house Baltika Group first through a company crisis and then through the pandemic.

Mae Leyrer was appointed to the management board of Baltika Group in the spring of 2019. At that time, and despite annual revenues of about 54 million euro, the listed company had been in the red for more than ten years straight. Potential investors kept calling for a strategic plan. After starting her job as a transformation manager in March 2019, Mae Leyrer was named interim CEO and tasked with showing the fashion chain headquartered in Tallinn, Estonia, and its approximately 1,000 employees a way out of the crisis. “The company had a very complex business model and sky-high overheads,” Mae Leyrer, Global Executive MBA alumna and president of the International Advisory Board of the WU Executive Academy in Vienna, recounts.

A Fashion Brand House For the Entire Value Chain

Baltika Group not only deals in fashion but also manages the entire value chain, from fashion design to production and sales through individual shops. “Head office costs were the number-one problem,” Mae Leyrer says. They accounted for about 20 percent of the revenue. What is more, there were different brands for various target groups: both a bargain and a premium brand for women, an additional one for men, a brand for party clothes, and, altogether, three differently named branding channels. “We had to choose which business fields to focus on and which to outsource. But the first step was to close the expensive production site in Estonia,” the manager specifies. Overall, 500 employees had to be let go.

The ambitious goal was to make the turnaround happen within just 14 months and, at the same time, cut overheads by 25 percent. And then, the coronavirus crisis happened. Mae Leyrer implemented the following steps together with the group’s managers in order to steer the company back to success:

1. The Entire Management Team Stayed on

“I made the decision not to replace any of the managers,” Mae Leyrer explains this unusual measure, adding: “Many people asked me how I could do that. But I firmly believe in developing people – and a wealth of competences was already there.” Using existing resources took up significantly less time than training new employees: “Business was big and complex at that time. Getting the hang of it all would have taken at least six months.” Missing competences were compensated for by adding new staff members.

“We had to make sure that every business field received clear responsibilities and measurable goals,” the interim manager says. For each business area, projects were designed that clearly matched the goal of the turnaround and were implemented step by step.

Clear and open communication was always a top priority: each manager needed to be in the loop to a maximum extent, no matter which step was concerned. “A crucial factor for our group’s success was that I always communicated in an open and truthful way,” says Mae Leyrer. That was not always easy nor, in a listed company, possible: “In such instances, I advised staff that I was not yet free to talk about certain issues but would share the information in two or three weeks.”

Before the turnaround, the individual business fields were operating as silos: “There was hardly any cooperation. Half of the staff didn’t know what the other half were doing,” Leyrer says. She got the managers of all business fields around a table once per week: in these management meetings, important information was shared transparently and decisions were made as a team. So-called insight meetings gave managers the opportunity to present and reflect on the developments and challenges pertaining to their business fields and also receive feedback by their peers.

In order for decisions to be made fast, one thing was desperately needed: a constructive approach to dealing with errors. “The group’s corporate culture of the past 30 years was marked by a strong fear of making mistakes.I was unsure at the beginning whether I would be able to change that,” Mae Leyrer relates. She was – through leading by example.During meetings, she encouraged participants to tell the others about their errors and always made sure to lift people up with her response. “I wanted to know what went wrong and what we could do better in the future without ever assigning blame,” she says.That was the key to an open meeting culture in which, over time, the participants opened up. “After two months, managers started seeking me out to thank me. They felt so relieved to finally be allowed to talk about their mistakes,” Leyrer adds.

6. A New Role For the Management Board

Just like in many other traditionally led companies, the golden rule at Baltika Group was for business managers to report to the management board, which then came up with decisions. For Mae Leyrer, this was not well thought out: “The management board has an overview of all business units. It should not only make decisions but also advise and support business managers.” She helped the board members realize how crucial their role as advisors was to the success of the company – especially since decisions in the individual business units had to be made very quickly.

After ten months of non-stop hard work, the turnaround was accomplished – only to be followed by the coronavirus crisis. Again, Mae Leyrer and her management team were quick to react. This is what they did to navigate the pandemic:

“We convened daily management meetings in order to be able to react as fast as possible during the crisis,” says the manager. The management board again played an advisory part and all the information was shared in a transparent way. During the crisis, it was the mindset that made all the difference: “I told the team that we had to forget everything that used to be – all that counted was what we could do to make the situation better. I also said that rejecting a solution and proposing a new one had to go hand in hand. We always need a new solution; it’s never enough to just say no. This was a rule that we had taken up before the beginning of the pandemic. During the coronavirus crisis, we had to remind ourselves of this rule again and again.”

Before the turnaround, Baltika Group had focused mostly on offline trade. In the course of the turnaround, the company started to concentrate more on online commerce. During lockdown, however, there was no more offline business to speak of. “We managed to survive thanks to online trade. But we were also forced to completely rethink and rehaul our business model for the time after the crisis,” Mae Leyrer remembers. And even though revenues petered out: “In this way, the crisis actually helped us.” Thanks to vacation leaves, a reduction of working hours to part time and government aids in Estonia as well as Finland, Lithuania, and Latvia, where the company operates additional locations, labor costs could be cut by 30 percent.

Despite the pandemic, Baltika Group is well prepared for the future: it will survive, and Mae Leyrer is optimistic regarding the future of the company. Recently, she passed the torch to a new CEO. Her plans for the future? “Right now, it’s time for a vacation,” she laughs.

If are interested in tools, experiences and a network for global leadership, take a look at our Global Executive MBA program. 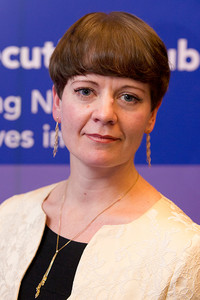