How does successful crisis communication work?

International corporations and companies doing business in Russia have reacted in different ways to the war in Ukraine and the sanctions imposed by the West. Dan Laufer is an internationally sought-after crisis communication expert and long-time faculty member of the WU Executive Academy. In this article, he sketches four potential scenarios companies might choose and provides communication strategies for each of them.

The world is still in a state of shock following the Russian invasion of Ukraine. The country’s population has been experiencing unimaginable suffering, and geopolitical and economic power structures across the entire world have been transformed. On top of that, sanctions against Russia, which are backed by major parts of the world, do not only affect individual countries but particularly Western corporations and companies which have been doing business with and in Russia for many years.

Dan Laufer is an Associate Professor of Marketing and formerly headed the School of Marketing and International Business at Victoria University of Wellington in New Zealand. At the WU Executive Academy, he has been teaching MBA students on the topic of crisis communication for many years. The strategic crisis communication expert helps companies safeguard their reputation and keep the damage as small as possible in times of crises. But also for him, there’s no question about it: “Communication alone won’t be enough; companies must also take the right actions.”

How have corporations reacted to the war in Ukraine so far? And what would be the best way for them to communicate their chosen paths?Dan Laufer has identified four typical scenarios of how Western companies respond to the economic ramifications of the war in Ukraine and shares which communication strategies suit each of them:

Strategy 1: A Complete Exit from Russia

All subsidiaries in Russia are closed; employees are let go. The company discontinues its engagement in Russia for an unspecified period of time. “Following the sanctions, many corporations left the country. But it’s also a question of how important business in Russia is for a company. Not all enterprises can afford the associated economic loss,” Dan Laufer says. The Yale School of Management has drawn up a list that shows that more than 1000 of 1,000 surveyed companies departed from Russia (see here). 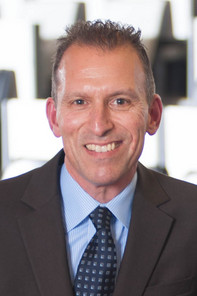 The public perceived companies that entirely withdrew from Russia in the most positive way. For some of them, the international sanctions forced them to take this step.

Those business losses are, however, offset by a higher income, as a team of Washington Post journalists around Jeffrey Sonnenfeld has reported. Corporations that leave Russia are rewarded with rising share prices, which was, for instance, the case, for Société Generale. Companies that resist the corporate exodus, in turn, experience the greatest costs and damage to their reputation and brand,” Laufer summarizes the article’s main findings.

Communication dos: Laufer’s advice for companies leaving Russia is to “communicate that you are exiting the country by pointing out that there is no other solution for the company at the moment. At the same time, maintain good relations with stakeholders and cooperation and business partners in Russia. Russian companies and individuals cannot be blamed for – and don’t necessarily support – the political decision to start a war. A clear, transparent argumentation of your decision can even help others gain a more comprehensive view of the current situation.” If locations are closed down and employees are let go, clear internal communication is also of the essence. “Staff should be informed early on in a transparent and fair way. Whenever possible, companies should also offer to support them,” Dan Laufer says.

There’s also another important aspect: “Not all companies were able to leave the country right away, some stayed – and not all of them because they wanted to.” He points to “complex regulations that prevent a fast withdrawal. Franchise companies, for instance, are bound by respective stipulations and contracts. If this is the case, the reasons for only gradually exiting or delaying an exit altogether should openly and proactively be communicated to employees, the public, and customers, for instance including a statement condemning the war,” Laufer advises. A failure to do so could result in damage to the company’s reputation. “People might criticize that a company stays after its competitors have long withdrawn, suspecting a lack of a clear stance against the war or a pro-Russian attitude.”

Also Western companies will find it difficult to cut all ties if the Russian market is an important part of their core business. Laufer’s advice: “Halting business operations could be a good alternative.”

Communication dos: Also in this situation, it is important to stay in touch and maintain good rapport with stakeholders. The decision made should be clearly communicated, emphasizing that it is in no way related to shortcomings in the cooperation. “Talking frequently and providing updates will help pick up business where it was left off after the war,” Dan Laufer holds.

A third group of companies has continued its business in and with Russia but has halted expansion plans and marketing activities. This is, however, not an approach Dan Laufer recommends: “Many customers and public opinion leaders will decry such an ambiguous stance with regard to Russia, which looks like an attempt to merely whitewash business activities. As a rule, this does not work,” the communication expert says.

Communication DON’Ts for this case: There is little communication will be able to save here: “Even if companies assert that they are not expanding, they are still continuing their business in Russia as per usual. Once a certain level has been reached, actions perceived as negative can no longer be compensated by the right communication. Such companies should thus be prepared for their customers to be quite upset,” Dan Laufer points out.

The fourth group is comprised of companies resistant to advice. These companies continuing their business in and with Russia as if nothing had happened are very likely to experience the greatest damage. “That’s the minority, and hardly any Western corporations are concerned. It’s mostly Chinese and other Asian companies with their core business in Russia. Some of them are pro-Russian, others would struggle tremendously if they gave up their business in Russia,” Dan Laufer explains. “If such companies also have many customers in the West, their decision will have negative repercussions,” Laufer says. Customers will decide to shop elsewhere – “provided that they know which products the corporation concerned produces. Often, that’s not clear to consumers and sometimes quite hard to trace.”

“There are times when businesses should act according to their values while keeping potential damage as small as possible. As a rule, customers reward companies that show their true colors,” Dan Laufer holds.

Crises are always challenging for companies, but they also offer opportunities - executives were also able to learn from the Corona crisis. 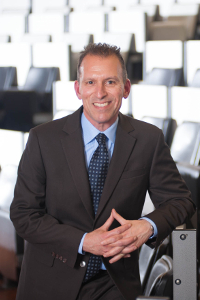 Dan Laufer is a visiting faculty in the MBA programs at the WU Executive Academy. His primary focus is on Crisis Management. Dan Laufer is an American scholar who is an Associate Professor of Marketing at Victoria University of Wellington in New Zealand. In addition to his research activities, he has previously worked as a manager for one of the "Big Four" US-based accounting firms, and he also started his own consulting firm.

Dan Laufer has also provided commentary for the Wall Street Journal on best practices in Crisis Management, and he currently has his own column in the Herald, the most widely read newspaper in New Zealand (over 460,000 average daily readers)