Jim Krane talks about fracking, Europe & Russia and the possible scenarios after the age of fossil energy

In part 2 of our Energy Snapshot series, we meet one of the world's leading scholars of Middle East politics and economics, Prof. Jim Krane, who is also a fellow of the Baker Institute, Rice University.

In an exclusive interview, he talks about the relationship of the USA with the OPEC states, Europe's energy dependence on Russia and possible scenarios after the age of fossil energy.

The Middle East is the crucible of world energy supply and, more recently, a center of growing demand. Historically, there have been close ties with the US, but today we see a shift occurring due to growing US production. As far as relations between the OPEC states and America are concerned, OPEC is pursuing a very clear strategy: as long as they keep the oil price comparatively low, fracking in the USA is unprofitable and many fracking companies go bankrupt under these adverse conditions. Are there any other geopolitical aspects involved? What does this mean for end consumers in the long term?

Krane: OPEC has certainly not killed off the US fracking business. One reason why the US oil and gas business continues to survive is because it co-exists not just with competing energy products and producers, but with the rise and fall in the value of its own output. Oil’s cyclical pricing actually helps strengthen the business. When prices fall, companies cut costs and try to survive by increasing competitiveness. Breakeven prices fall alongside the oil price. Some companies fail. The ones that survive emerge even stronger during the next boom.

For America, one of the downsides of fracking is that it has promoted much more cooperation among oil producers outside the United States. The onset of a new source of non-OPEC oil supply has pushed Russia to become a de facto member of OPEC. Riyadh and Moscow, formerly Cold War enemies, have embarked on a new phase of cooperation based on common interests in oil markets. In Washington, the increasing ties between US-allied Saudi Arabia and Russia, a strategic competitor of America, are still not seen as a huge source of concern. If the two countries increase their cooperation beyond oil supply and toward political priorities, Washington may well revise its thinking.

Krane: The increase in oil supply from fracking and the growing diversity of suppliers globally is pushing down prices and increasing the attractiveness of oil. Political developments such as US sanctions on Iran and state collapse in Venezuela are counterbalancing these developments.

Leaders in developing countries are making important decisions on oil consumption as these trends unfold. Investment decisions on infrastructure design, neighborhood density and public transport options will weigh heavily on the future growth of oil demand and market prices, and whether humanity can come to terms with climate change.

For now, there are no cost-competitive substitute fuels or technologies for those made from oil. Ultimately, for oil replacements to succeed we will need low producer prices for oil and very high consumer prices. Low producer prices will discourage upstream investment, while high consumer prices will encourage conservation, efficiency and alternate technology. The intervening factor is, of course, carbon pricing. Without serious efforts to account for the cost of carbon damage, humanity will continue to be incentivized to pollute.

What role does Europe play in this context? In its search for the source of future energy supply, we explore European energy policy especially with regards to its commitment towards renewable energy. For the moment, however, Europe is having a difficult co-dependent energy relationship with Russia as supplier and Europe as consumer. In your view, is there any way that Europe can become more independent in its energy policy? What scenarios do you see? What would you advise the responsible decision-makers?

Krane: Europeans (particularly Germans and Spaniards) have done a great service to the world by shouldering the unenviable first-mover role in adopting renewables. Germans adopted solar power when costs were high, and are now paying high electricity prices as a result of their embrace of less efficient, more costly solar photovoltaic (PV) modules. Average German household prices are around triple that of average household prices in America. However, German households use about a third as much electricity, so household energy expenses are roughly equal.

Krane: Germany’s early PV adoption has provided a global public good for all of humanity, allowing Chinese companies to commoditize solar panels. This is a huge benefit for the world. Prices have dropped and efficiency has improved to the point where solar PV has become attractive elsewhere, including in markets where environmental criteria take a backseat to competitive cost factors.

As for the Russia-Europe energy trade, I see it as a matter of geography. Russia has an enormous natural resource base which happens to be on the same landmass as Europe’s demand base. Russia forms an ideal resource hinterland for the energy-poor and densely populated countries of Europe. As long as Europe depends on oil and gas, these simple geographic factors make it unlikely that Russia will be replaced by far away competitors.

When we talk about energy security on a global scale, what does it really mean? Is there an energy security for all of us after the age of fossil fuels? If so, what could that scenario look like?

In Europe, security concerns are more gas-centric, because of the direct links to gas exporting states, and because the asset specificity of gas infrastructure creates a more direct form of dependence. Hence it is no surprise that Europe has more readily turned to renewables, given the energy security benefits that are much less evident in a country like America, which doesn’t have the same security of supply worries.

Krane: As the clean energy transition progresses, energy security worries will also change. Rather than focusing on access to sufficient and reasonably priced oil and gas, policymakers will aim to ensure sufficient battery storage for intermittent electricity, and sufficient wind turbines and solar modules, and all the various elements required to produce them, including lithium, cobalt, rare earths, steel and others.

The energy transition may also produce failed states, as fossil fuel producers see prices and revenues dwindle. Countries that rely on fossil fuel rents to fund their national budgets and staff their government bureaucracies will be put at risk. Economic diversification in these states has taken on a new urgency.

The MBA Energy Management includes topics like the energy transfer and its implication for the economy. For more information about the program, please click here. 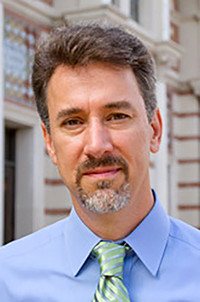 Jim Krane is the Wallace S. Wilson Fellow for Energy Studies at the Baker Institute of the Rice University. He focuses his research on the Middle East and the OPEC states and their political and economic strategies.