The first Executive MBA Bucharest class started in fall 2006. At the time, the program was a joint education project involving Erste Bank/BCR, OMV/Petrom and the WU Executive Academy.

The crucial factor in the 2006 launch of the Executive MBA Bucharest, which continues to be the WU Executive Academy's only non-Austria-based MBA program, was the support from OMV/Petrom and Erste Bank/BCR. In the early years, the two Austrian businesses, which are steeped in tradition and rank among the most important foreign investors in Romania, used to award MBA scholarships to selected Romanian executives. With its renowned Executive MBA program, the WU Executive Academy was the right partner for this initiative that aimed not only to strengthen the local economy by providing executives with high-quality training but also to reinforce the commitment to social responsibility and sustainable development.

Both businesses have meanwhile ceased to award full scholarships in Romania, but the program's success in recent years has been remarkable nonetheless: “This anniversary makes me really proud because it shows that we have managed to successfully establish the Executive MBA in both Vienna and Romania—even without support from external partners. Today, the program is in greater demand than ever,” says the WU Executive Academy's dean, Prof. Barbara Stöttinger.

The Executive MBA Bucharest certainly carries a heftier price tag than other programs in Romania, but it offers students exceptional value for money: It holds a “triple-crown” accreditation (AACSB, AMBA and EQUIS)—a rare privilege enjoyed by only 1% of all MBA programs in the world. Moreover, ever since the inception of the “Ziarul Financiar” MBA ranking in 2008, the leading Romanian business daily has listed the Executive MBA Bucharest among the country's top three. In the two most recent rankings, the program even took first place. 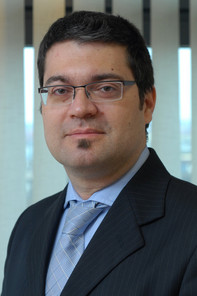 “This has been the most intense learning experience I ever encountered. Apart from the content and the approach to teaching and learning, it is the quality of the peer group and particularly of the professors that makes this program so successful and unique. I feel perfectly prepared to face the challenges in my future career. What is more, I have learned to always set new goals and priorities for myself,” says Vlad Micu, Executive Director, Corporate Banking, Bancpost SA.

“Since 2006, more than 230 managers have put their trust in us. And we have not disappointed them, I think: In addition to developing their expertise and leadership skills, they all have built invaluable professional networks and made an investment in their market value as top executives at an international level,” continues Prof. Stöttinger. 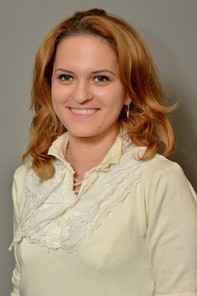 The Executive MBA Bucharest helped me to better define my career path. The entire MBA experience gave me more confidence in my capabilities and the courage to pursue an international career. I will always look back proudly and with gratitude for the well-spent time that I shared with today's alumni.

In terms of industry background, most of the graduates of the past ten years work in banking, finance or insurance (32%), followed by IT/telecom (15%) as well as consumer goods, retailing and the manufacturing industry (7% each). 24% are finance or controlling professionals and 18% managing directors. 16% have jobs in marketing/sales and 8% each in operations and consulting.

More than 90% of program participants come from Romania, 3% from Bulgaria and 1% each from Austria, Germany and Moldavia. On average, they are 35 years and have 11 years of professional experience (including six years in executive or management positions).