Game of Thrones: Will Westeros become the next Silicon Valley?

The 8th season of the fantasy series Game of Thrones is breaking all records, leaving humanity divided in two groups - those who feel excluded and those who are afraid of spoilers. But what role do entrepreneurship and innovation play in Westeros? Prof. Nikolaus Franke, Academic Director of the Professional MBA Entrepreneurship & Innovation, put on his innovation googles instead of his 3D goggles and thoroughly analyzed the first seven seasons. What he has found is that both entrepreneurship and innovation are underdeveloped, which has clearly negative consequences for Westerosians in terms of welfare effects. In the following, he discusses the reasons for this underdevelopment.

Writer George R.R. Martin and the producers of the series have created a fantasy universe for their complex story. One that is governed by its own laws of nature (such as irregular periods of winter) and has its own geography (illustrated by maps), prequels, technology, culture, religions and social systems.

Westerosi are reluctant to innovate

In Westeros, innovation is a marginal phenomenon, as it were. Hence, it comes as absolutely no surprise that there is underdevelopment in terms of progress and prosperity. Only in two areas, do we see some innovation.

To begin with, there is the vast field of weapons and military technology. Little wonder, given that we are talking about a world characterized by wars and battles. The dominant principle of innovation is a modern one: Innovation is driven by users themselves and not by specialized companies that derive commercial benefit from scaling. Examples of open and user innovation include the use of wildfire during the Battle of the Blackwater or for the destruction of the Sept (by lead users Tyrion and Cersei), the identification of dragonglass as an effective means for fighting the White Walkers, or Qyburn's giant crossbow, which serves as an anti-dragon weapon. These things are invented “by doing” by people whose motivation stems from the fact that they themselves make use their innovations. At the end of season seven, the Night King accomplishes what is arguably the most radical service innovation: the breaching of the Wall by means of a (genetically?) modified dragon.

That said, the reluctance to innovate is also evident in the field of military technology. Most of the weapon systems are apparently hundreds, perhaps even thousands, of years old. Centuries-old swords made from Valyrian steel are considered state of the art. As a neutral observer, one cannot help but wonder why the actors do not invest more mental energy in developing novel weapons, given that they have such a keen interest in this product category. One innovation that suggests itself is to use dragons in combination with wildfire as a kind of bombers. It has already been discovered - thanks to user innovation - that fire is an effective means for fighting the army of the dead. Another innovative idea would be to use dragonglass as a kind of buckshot. After all, it seems to be an extremely powerful weapon against the main enemy. And what do the weapon producers do? Instead of focusing their efforts on distance fighting, they forge axes made of dragonglass. Apparently, they are not resourceful enough to come up with such Schumpeterian recombinations. It is also worth noting, of course, that innovations in weapon technology can, at best, make an indirect contribution to societal prosperity (for instance by helping to safeguard peace or to fend off an external threat such as the invasion of the White Walkers in Westeros's case). Primarily, though, they are about destruction and annihilation - the exact opposite of progress.

Robert's rebellion shakes the order of power, which is dynastic in nature, to its core and can be regarded as a disruption. But it seems that the powers of restoration have prevailed at least since his assassination in season one. The social innovations brought about by Daenerys Targaryen have more of a lasting effect. She succeeds in abolishing the slave system on Essos and is the first female ruler to have ambitions to ascend the Iron Throne. It is interesting to note that the last of these innovations, emancipation, spreads immediately: Cersei, who sits on the Iron Throne, is a “fast follower”, and in a broader sense Arya, Brienne, Sansa, Yara and the Martellian vipers also follow the trend she has set and break up the traditional gender roles in Westeros in the course of the series.

What else is there in terms of innovation? Not much. Interestingly, the novel saddle and the wheelchair for the paraplegic Bran are also user innovations. And the handy elevator up the Wall may have been created by the Night's Watch. Alas, we learn hardly anything about its drive and energy storage systems, which are undoubtedly interesting from a technological point of view.

The question, then, is: Why is there so little innovation? It is not because of a shortage of funds. The Iron Bank of Braavos does a cool and rational job when it comes to keeping Westeros's funding system going. There isn't a lack of entrepreneurs either. Many of the key characters have what it takes to identify new opportunities. Tyrion, Tywin, Varis, Samwell, Missandei and Littlefinger come across as smart and resourceful.

Entrepreneurial assertiveness is there as well. Cersei, Daenerys, Stannis and many others do not put on the kid gloves when it comes to consolidating and expanding their power. They hardly let ethical considerations stop them. The orchestration of what is known as the Red Wedding or Ramsay's provocations at the Battle of the Bastards can be regarded as clever maneuvers. Unusual alliances are formed throughout all seasons of the series. The fact that the different tribes of the Wildlings cooperate with one another is a testament to Mance Rayder's ability to innovate business models. Entrepreneur Jon Snow outdoes him with the organizational gambit that is the collaboration of the people of Westeros with the Wildlings; and as far as his quest to bring about the most comprehensive alliance of the entire plot so far, the pact of the living to fight the Night King and his army, is concerned, we even see an elevator pitch, as it were: The presentation of the Wight who had been caught with great effort apparently makes even Cersei, who is otherwise notoriously unwilling to cooperate, waver for a moment. This goes to show that real-world examples are always compelling. The oft-quoted motto “a Lannister always pays his debts” testifies to an intuitive understanding of what is known as tit-for-tat strategy, a classic of game-theory-oriented cooperation research. The agility of fighter Arya, in turn, represents flexible, unconventional start-ups that give “established players” a good run for their money.

The soil of the Westerosi innovation ecosystem is barren

The problem is neither a scarcity of funds nor a shortage of entrepreneurs. So, what is it? Arguably, two factors make all the difference as far as innovation - or rather the lack thereof - is concerned:

In view of what has been said so far, it remains to be hoped that social entrepreneurs such as Daenerys, Jon Snow and Tyrion, succeed in preparing the ground for more innovation so as to bring progress, prosperity and peace to the people of Westeros. In this context, I am more than happy to let them use my innovative ideas regarding bomber dragons and dragonglass buckshot free of royalties.

Are you also interested in the wide range of services offered by the WU Executive Academy in the field of Entrepreneurship & Innovation? For more information, please click here. 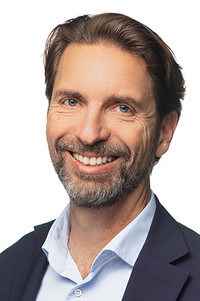