Gender Pay Gap on the Soccer Field: A Sure Case for a Red Card

How to reduce the salary gap not only in soccer

Across almost all industries and business sectors, men still score a significantly larger paycheck than women with comparable qualifications. But nowhere is the playing field less level than in soccer. Martina Ernst, salary expert and founder of SalaryNegotiations., and the WU researcher and soccer buff Jonas Puck, who is also the Academic Director of the MBA Energy Management at the WU Executive Academy, explore the underlying reasons and potential approaches to narrowing the pay gap in both business and soccer.

In professional soccer, there is a striking difference between the pay of male and female players. While professional male athletes are able to focus on their performance, female players often need another day job because their soccer paycheck does not pay the bills. Jonas Puck not only heads the Institute for International Business and serves as the Academic Director of the MBA Energy Management at WU, as the Vice President of the First Vienna FC, he is also responsible for the second tier of the women’s Bundesliga in Austria.

In an interdisciplinary research project, Jonas Puck is investigating both men’s and women’s soccer clubs from all over the world as well as players’ paychecks. First results of the ongoing study show that male players earn 50 to 200 times more than female players of the same league. The higher up a league, the bigger the gender gap: “At the highest echelons, there is a handful of women who can make a living from playing professional soccer – their current salary probably does not exceed 400,000 euro,” Jonas Puck says. He estimates that there are at most 50 female professional soccer players around the world who earn an annual gross salary of more than 300,000 euro. In the men’s leagues, on the other hand, the sky is the limit: some players earn annual salaries that make them extreme outliers even within their own cohort. According to the business magazine Forbes, Cristiano Ronaldo earned 98.61 million euro playing for Juventus Turin in the 2020/2021 season (his salary of 59 million euro was bolstered by an additional 39.61 million euro in ad revenue); FC Barcelona’s Lionel Messi topped this with 106.19 million euro (77.54 million euro in salary and 28.66 million euro in ad revenue).

It’s a fact: even in the top league, women can’t make a living from playing professional soccer. In Austria, an overwhelming majority of female players in the first league are paid a measly 500-600 euro in gross salary per month; male players, on the other hand, earn far more than 10,000 euro including bonus payments on average. In Germany, women playing in the top league receive an average annual salary of 43,000 euro (2018 figures), which are peanuts compared to men’s paychecks: players at FC Paderborn, for instance, receive almost ten times as much at average annual salaries of 420,000 euro; an FC Bayern München player’s average annual salary is 8.12 million euro – FC Bayern superstar Robert Lewandowski will get 19.5 million euro this season (see https://www.vermoegenmagazin.de/bayern-muenchen-gehaelter/, in German).

The Gender Pay Gap in Business

According to statista.com (https://www.statista.com/chart/11667/the-long-road-to-gender-equality/), it will take 268 years for the global gender pay gap to close. In Austria, this is estimated to happen in 100 years. Across all industries and considering both part- and full-time jobs, the unadjusted gender pay gap is as large as 36.4% (Statistics Austria). “Of course, you shouldn’t compare apples and oranges, but the fact that many women work part-time and have jobs in low-paying sectors is a structural problem,” explains Martina Ernst, founder of SalaryNegotiations. and President of the Female Leaders Network at the WU Executive Academy. Against this backdrop, Martina Ernst calls for more childcare facilities, particularly in rural areas. She holds that this is the only way for women to have a real choice in how they want to live and work. And it is equally important to pass a law for mandatory pension splitting, which would make women more financially independent in the long run – and possibly encourage more men to work part-time and take parental leave.

Even when data are adjusted and only full-time year-round employees are considered, the gender pay gap is still 14.3% according to recent Statistics Austria data. Compared with the EU’s gender pay gap monitored by eurostat, which is not based on full-time annual salaries but average gross hourly earnings, Austria, one of the richest countries in the EU, fares embarrassingly poorly at 19.9% (2019), surpassing the EU-27 average of 14.1% by far along with Estonia and Latvia.

In her work as a salary negotiation expert and consultant, Martina Ernst, who is also a graduate of the Global Executive MBA, not only deals with the gender pay gap in business but also critically reflects on issues related to gender bias. Pointing to a 2018 study by Statistics Austria, she explains that only 5% of Austria’s 19.9% gender pay gap found in gross hourly earnings can be attributed to external factors such as the industry or job concerned or the fact that more women work part-time jobs. The reasons for the remaining 15% are yet to be found.

Studies show that a gender bias, i.e., subconscious judgments and stereotypes, plays a major role. For instance, it has been shown that the same CVs receive fewer responses and are less likely to be successful when the applicant is a woman. Apparently, men are subconsciously assessed to be more competent and assertive. 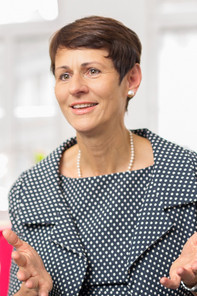 What is more, women also fall victim to a gender bias and often consider themselves and other women as less skillful than men, as a 2020 study by consulting company Mercer shows.

Such a highly critical self-image also has an impact on pay negotiations: “Women tend to sell themselves short and ask for too little in salary negotiations,” says the pay expert specialized as a coach for female executives, who regularly offers workshops on salary negotiations at the WU Executive Academy.

Martina Ernst’s tip for salary negotiations: “Seventy percent of women still believe that their boss will reward the extra work and effort they put in without them having to ask for it. But that’s not going to happen. It’s your job to speak up.” Most women don’t shy away from walking the extra mile: “But this added value should be offered at a price; otherwise others will wonder why someone would be content with such a small salary or fee.”

Levelling the Playing Field in Soccer: Supporting and Creating Awareness

The world of soccer obviously also has its gender bias when it comes to salary negotiations. This is revealed by advertising deals with female professional soccer players, who often receive a four-digit sum or even less (!) for their marketing efforts while male star athletes receive up to 100 or 1,000 times as much in commercial deals. Jonas Puck is still optimistic.

The way we have been socialized continues to have a strong effect – for more than 100 years, soccer was considered an all-male domain. There are still not enough role models for girls and young women, but soccer is attracting more and more girls nowadays. The more women join soccer clubs, the more talents we will see.

In his study, Jonas Puck also looks at what drives girls and women to play soccer. While boys name role model Cristiano Ronaldo and his luxurious lifestyle, girls have no such role models yet – for the simple reason that female professional soccer players earn nowhere as much. “Our study seems to imply that girls and women have more intrinsic motivation to play the sport, while the dream to earn a lot of money and social recognition is an additional factor for boys,” Puck says. In the US, girls are much more strongly encouraged to play soccer than in Austria: “In Austria, intensive training centers play a larger role by far: these centers should also reach out to girls and their parents to make them aware of and encourage them to play soccer so that more female talents will be spotted in the future.” He sees room for positive change: “Appreciation for women’s soccer is growing. And this also affords an opportunity for companies to present themselves as sponsors in the fields of corporate social responsibility and gender equality. You couldn’t do the same in men’s soccer.” For clubs, setting up a women’s team doubles their chances to win matches. Even UEFA and FIFA have been upping their investments in women’s soccer: “More and more female role models are entering the stage. With the help of sponsors and a larger public fan base, there will also be improvements when it comes to female players’ paychecks.”

How the gender pay gap can be overcome in the future is also repeatedly discussed in the Female Leaders Network. For more information, please clickhere. 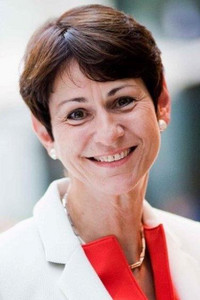 Martina Ernst is the founder of the consulting and coaching companies SalaryNegotiations. and ColourfulCareers, and Global Executive MBA alumna.