The really special things happen when two compatible people meet. This applies to love as much as it does to career topics. And the Executive Club's latest company visit, which took participants to Boehringer Ingelheim Regional Center Vienna (RCV), was no exception in this regard. One of the world's largest pharmaceutical company opened its doors exclusively for the MBA students and graduates of the WU Executive Academy. One thing quickly became clear: the event offered not only a chance to get behind the scenes of an exciting company but also an opportunity to engage in the ultimate of career activities: networking.

“This company visit was fully booked after only a few days,” said a delighted Prof. Barbara Stöttinger, Dean of the WU Executive Academy, as she extended a warm welcome to the MBA students and graduates. Prof. Stöttinger then went on to stress that the fruitful collaboration with Boehringer Ingelheim in recent years has also been beneficial for the WU Executive Academy's MBA graduates. Several of them have been hired by Boehringer Ingelheim as a result of the company's involvement with the alumni network when it comes to recruiting qualified professionals. Everyone is in a true win-win situation thanks to a good network.

“Currently, we employ about 10 MBA graduates of the WU Executive Academy,” explained Claudia Hoffmann, HR Business Partner at Boehringer Ingelheim. According to her, the group has a particularly keen interest in experts and researchers with hybrid qualifications, such as a degree in sciences and an MBA degree. “That is why we find graduates of the WU Executive Academy so exciting: They are experienced professionals who also bring business know-how to the job,” continued Ms. Hoffmann. Christian Fechner, the CFO at Boehringer Ingelheim RCV, also stressed the advantages of an MBA degree: “Researchers in particular benefit greatly from the MBA experience: Without interrupting their careers, they get an opportunity not only to acquire new knowledge and skills but also to build networks of contacts.”

Mr. Fechner also shared some interesting facts and figures about Boehringer Ingelheim with the MBA students and graduates: Around the globe, the group employs roughly 50,000 people; at the beginning of 2017, it took over Merial, an animal-health company, making it the pharmaceutical industry's second-largest global player in Animal Health, with operations in 33 countries led from Vienna.

One of their 50,000 employees, Head of Controlling Rainer Zelbacher, told the guests about the new biopharma production site that will start operating in Vienna in 2021. It is expected to create 500 new jobs. Mr. Zelbacher was a student of the WU Executive Academy's 2012-2014 Professional MBA Controlling class.

“At the time I chose to study for an MBA degree, I had been an employee of Boehringer Ingelheim for nearly 10 years and a department head for one year,” he said. Back then, Mr. Zelbacher already had a number of in-house training courses under his belt, but he “wanted to gain new perspectives outside the company.”

In particular, he was looking to develop his expertise in controlling & finance and foster the practice-related exchange with experts from other industries. “To see how people in other industries deal with similar issues is very inspiring,” he added.

Networking was also the main reason Martin Popovic decided to participate in the WU Executive Club's company visit. “In my opinion, company visits are great events. I enjoy networking,” he said while the guests were having vivid discussions over their buffet meals.

Mr. Popovic is about to start the second year of the Professional MBA Health Care Management. Even while studying for their degrees, the WU Executive Academy's MBA participants can take full advantage of the services offered by the WU Executive Club. As the co-founder and Chief Operating Officer of J & P Medical Research, an independent institute for drug research and development, he was looking for an education and training program which would allow him to acquire the tools and skills needed for his job: “Previously, many of my decisions were based on gut feeling. I lacked fundamental tools that I can now acquire in the course of the MBA. The program covers finances, HR and controlling, always placing special emphasis on the health-care side of things,” explained Mr. Popovic.

During his 13 years in the U.S.A., Martin Popovic noticed an important difference between Austria and America: “At university and elsewhere in the States, people immediately start to network. Austria has a lot of catching up to do in this regard.”

That is why he recommends taking advantage of networking opportunities such as those offered by the WU Executive Club. Interacting with his peers in the course of the MBA program at the WU Executive Academy has been extremely beneficial for him: “You think you know a lot about a topic, and, all of a sudden, you get a wealth of input from different people: a head nurse, a senior physician, a pharmaceutical representative,” he said enthusiastically. “That’s awesome. Only in this way can we come up with truly meaningful solutions that make a difference in people's lives.” And as for career development in general, Martin Popovic said that making an effort and meeting new people was a powerful catalyst for new opportunities: “I have greatly benefited from the experience. Networking is not easy but essential.”

Networking forms the basis of success. The WU Executive Club provides the WU Executive Academy's MBA students and graduates with a wealth of networking opportunities; check out our upcoming event calendar for details. 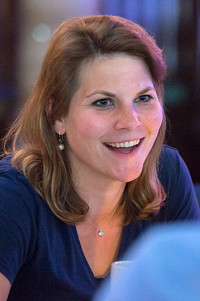 Mareike Marianne Pierzina is Manager Pricing and Reimbursement at Boehringer Ingelheim and student of the Professional MBA Health Care Management. 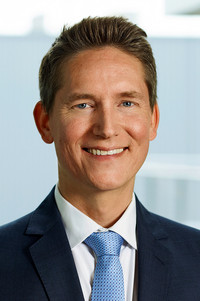