In chronological order: doing community service—in lieu of military service—in Vienna at the Gruft (the city's best-known homeless shelter): because people get back up again and again! Turning my back on the for-profit world: because profit is not a goal but merely a result. Being healed by a swami in India free of charge: because not only I, but also the medical experts in Vienna, had no explanation for it.

Not just one! I wanted to be a teacher, an architect and a conductor. Over time, I tried my hand at many different things, only to realize that I can do something else better.

How and why did you come to work for Dorfgemeinschaft Breitenfurt?

Because of an unplanned return. After carrying out a project in Breitenfurt, I worked in Munich for 5 years. When I came back to Austria, the renovation of my apartment had not yet been completed. A friend of mine offered me the chance to stay with him in his employer-provided apartment in Breitenfurt. That was 7 years ago.

Because of my newly acquired skills, I took on additional tasks, and, as a result of this, I was soon entrusted with greater responsibility. I developed some of my projects together with my peers during the MBA. Professionally speaking, I have moved from being a trouble shooter to managing a division to sitting on the management board.

What has been your biggest professional or personal success?

Helping a sheltered-housing facility that was not performing well achieve sustainability. To prepare for a project, I did voluntary work in 2003 at a sheltered-housing group for individuals in need of multiple assistance. This allowed me to get to know the people living there very well. In 2010, they were in danger of losing their homes as the group was about to be dissolved. After a process spanning several years and involving construction and adaptation work, the group is now an innovation driver and operates successfully.

What are your goals for the coming year? Your goals in general? Is there still something you absolutely want to do?

In the medium term, I intend to set up a large-scale, no-cost trauma therapy program for child refugees.

My long-term goal is to integrate a training facility (incl. university cooperation).

Having a good conversation, ideally after a day of skiing.

Time and again “Decisive Moments in History” by Stefan Zweig. And in line with this “The Secret Life of Walter Mitty” — which is about the human condition; entertaining, inspiring and moving.

“Empowering individuals to take decisions — if you have the freedom to decide something on your own, you will feel a sense of responsibility.”

Focusing on “role models” can easily cloud your vision. I have been inspired by the “hidden leaders” encountered in everyday life. People who take the initiative in an effort to make a difference.

Through exercise and social interaction.

Conductor Christian Thielemann — to not only hear but also experience music.

Why would you recommend the Professional MBA of the WU Executive Academy? What did you like the most?

I cannot help answering this one in an unimaginative way: Since I now know where the Professional MBA can take you in just 2 years, I have to recommend it.

There are many things I could say I “liked the most”, but the one thing I would like to single out is the team of lecturers. Time and again, the lecturers managed to create a discussion atmosphere that was not only marked by respect for individual views and opinions but also conducive to overcoming stereotypes and preconscious assumptions. As a result, the outcome was not always predictable, leading to completely new insights.

I can laugh about...
Clowns and cabaret.

Shortcomings I am most likely willing to overlook…
My own. It is not for me to judge other people.

I would spend my last money on…
Traveling to Venice with my children. 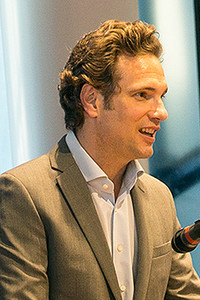