Salzburg Festival: When Jedermann is Audited

The Salzburg Festival is without a doubt one of the world’s foremost classical music and performing arts festivals. Only a few years after its inception in 1920, the festival caught the attention of the Austrian Court of Audit. Between 1935 and 2011, the Salzburg Festival was audited 13 times, more than any other cultural or artistic institution in Austria. In most instances, a Salzburg-based institution (for instance its Provincial Parliament) commissioned the audits, and, also in most cases, the originally confidential reports were somehow leaked to the media. Very often, the public debate of the Court of Audit’s report turned emotional and combative.

The author Hans Kollmann worked in the cultural sector in Vienna and Lower Austria for a long time before he took a job as an auditor with the Austrian Court of Audit. In 2015, he completed the Professional MBA Public Auditing at the WU Executive Academy. In his book, he describes various festival audits and their political and administrative climate at the times in a humorous way, summarizes the audit reports, and comments on the public debate and the reactions by representatives of the Salzburg Festival.

He shared some of the highlights of his book in an exclusive interview with us.

What are the strangest/funniest/most unusual details to be found in the Court of Audit’s reports between 1935 and 2011?

Public outrage tended to aim at the little details, which the Court of Audit then often also addressed. Just some highlights:

Why was the Salzburg Festival audited so frequently (13 times)?

Between 1949 and 1958, the festival was audited six times due to an existing legal ambiguity. Since 1960 (also six times so far), the request to audit the festival has come mostly from the province of Salzburg. In most cases, the province asked the Court of Audit for a report immediately after a change of management. The motivation for this was, in all likelihood, to review and conclude the previous president’s term.

From the perspective of the Court of Audit, which of the 13 Salzburg Festivals that were audited performed best?

Without a doubt the 1945 Salzburg Festival: it did not use any public funds and made a profit of 80,000 schilling. The fact that there even was a Salzburg Festival such a short time after the war ended came close to a miracle. In light of this special situation, all artists and other staff renounced their wages that year.

What was the most humorous/original reaction of a Festival President to an audit report? Which president was it?

Helga Rabl-Stadler, Festival President since 1995, responded to the question why, in June 2011, she held a press conference about the Court of Audit’s report when it was still confidential: “I did not ask for permission to say something. Good girls go to heaven. Bad girls go everywhere.”

How would you summarize the 100-year-long relationship between the Salzburg Festival and the Court of Audit in one sentence?

It is a paradigmatic story of the conflict between artistic striving and thrift.

How would you describe your personal relationship with the festival?

I have been an enthusiastic visitor to the Salzburg Festival for 30 years.

Why did you write this book? You are an auditor by profession, not an author ...

When the Court of Audit celebrated its 250th anniversary in 2011, historians burrowed into the archives of this authority for the first time. Ever since, I have been fascinated by this little treasure trove: no other federal archive presents the financial history of the Republic in such a compact form. If, for example, you are interested in the plans made in the 1930s to drain Lake Neusiedl, or in the construction of the Grossglockner High Alpine Road, you will find what you are looking for in the archives of the Court of Audit. The connection between the Salzburg Festival and the Court of Audit lent itself to a closer investigation, not least because of the 100-year anniversary of the Festival in 2020 and my personal interest in it. Also for the Court of Audit, 2020 marks a 100th anniversary of sorts: we are celebrating its (re)foundation because in 1920, it was defined as a body affiliated with the National Council and, thus, as an institution of the Republic by the Federal Constitution.

Who did you write the book for? Who should definitely read it?

Anyone who is a fan of the Salzburg Festival or interested in public financial oversight. Students who wish to learn more about public administration will find a read about the activities of the supreme auditor that is both entertaining and informative.

I can laugh about:
A good joke.

Mistakes I can easily forgive:
A bad joke.

My funniest/most exciting travel experience:
As a student, I spent several weeks on a cargo ship in the Indian Ocean, followed by a long stay on the tiny island of Mayotte, which is French territory. I have yet to meet citizens of the EU who are as proud of their Union as the people of Mayotte.

MY fridge is always stocked with:
Chinese dumplings.

I would spend my last euro on:
Chinese dumplings.

10 years ago, I thought:
That pandemics were a thing of the past.

Today, I know:
That being stuck working from home can make you put on some serious weight. 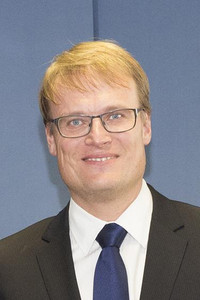 Hans Kollmann is an auditor at the Austrian Court of Audit. The Professional MBA Public Auditing alumnus is also author of the book Jedermanns Prüfer. 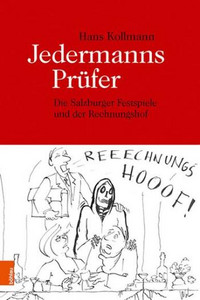 The book Jedermanns Prüfer provides insights into the important and as yet unpublished files of the Court of Audit on the Salzburg Festival. Hans Kollmann describes the political and organizational environment surrounding the Court's audits and the resulting public debates and reactions of the Festival.