Women in executive positions: It is a double-bind

Internationally renowned learning and organization behavior expert Josefine van Zanten talked about the double-bind dilemma for female executives in the course of the WU Executive Insights series last week. In an interview with the WU Executive Academy, she spoke about the harmful misconceptions surrounding the idea of a “female” future and how to deal with the double-bind dilemma in a way that benefits everyone.

“Damned if you do, doomed if you don’t” was part of the title of a research report on women in executive positions that the consulting firm Catalyst published already in 2007. Back then, the bottom line was clear: on their way to the top, women cannot do anything right. Too feminine, too masculine, too sexy, too liberal, too hysterical, too weak in leadership – women are often judged and depreciated by their environment. Even today, the ubiquitous double-bind dilemma is still an issue. Only recently, it became public that the head of HR and finances of the German Federal Employment Agency would be replaced because the Board of Directors considered her “too weak in leadership.” On the other hand, employees describe her leadership style on Twitter and LinkedIn as modern, visionary, and based on dialogue. What is really behind all this, remains unknown, but the double-bind dilemma might have played a role. Many varied research show that women tend to lead from the back, putting their team ahead, whereas men tend to lead from the front, taking the credit along the way.

Significant improvements have been made when it comes to diversity and inclusion in companies, but it seems that there are still many things that need to change. This is why the WU Executive Academy and the Competence Center for Sustainability Transformation and Responsibility (STaR) hosted an evening event with renowned learning and organization behavior expert Josefine van Zanten as part of the WU Executive Insights series. The event was titled “Diversity and inclusion in a global business environment – from setting the agenda to actual implementation – the do’s and don’ts.”

“The future is female” – do you agree with this often cited quote, Ms. van Zanten?

If you only have women in executive positions in mind, I am afraid I cannot support this slogan.. If you are thinking about gender equality with respect to wages, opportunities, inclusion, and leadership, I do support this notion. Why? Only a pool of different gender cultures, life experiences, and, ultimately, ways of thinking can result in a stock of knowledge that represents all customers, stakeholders, and partners. This would then result in improved performance, commitment, analytical skills, and problem-solving abilities. Society would change for the better, and everyone would benefit from it.

Less than five percent of CEOs of Fortune 500 companies are women. Is misogyny still a part of corporate culture in many companies?

That is a strong word, and using it can have a lot of consequences. I prefer talking about visible and invisible barriers. And yes, sometimes, simple old sexism may be at play. For instance, when male managers assume that no mother would want to work in an executive position and therefore do not even bother to ask women individually. Ultimately, it is about improving conditions by identifying barriers and trying one’s best to eliminate one after the other. To this end, we need to evaluate our HR systems and processes, our individual behavior, team dynamics, and corporate culture. We are only humans and as such subject to filters of perception that, with time, may turn into prejudices. Such bias creates additional barriers for women in executive positions and other members of so-called out groups. The sooner we admit that these barriers exist, the sooner we will be able to eliminate them.

Women cannot do anything right. How can we overcome this double-bind dilemma in organizations?

Studies by Catalyst and other reputable organizations have shown that women are considered either likeable or competent at work, that female executives have to work significantly harder to receive the same amount of recognition their male counterparts enjoy and that they start off with negative ’credit’, meaning that they have to prove themselves in order to be accepted as equals. These dilemmas have significant consequences. First of all, it means that an exec who is considered intelligent and competent but not likeable will be envied. Research shows that people who are envied do not enjoy the support of others but are actively undermined. For instance, they might not be invited to important meetings or receive crucial information. Many female executives can give you examples that support this research. How can we address these issues? We can start by questioning comments and statements calling a female exec bossy, bitchy, malicious, or cold. Would we say the same things about men? If not, why so? Can companies work on their cultures to eliminate such behavior? I think that they can consistently work on these issues and thus solve some of the exhausting and debilitating dilemmas that women face more often than their male colleagues.

Diversity and inclusion have been discussed for a long time now. When it comes to “new work”, these keywords are mentioned less frequently. Do new work forms like horizontal organizations, self-organization, the possibility to work at home, etc. better accommodate the professional needs and desires of women?

I would not agree that D&I is discussed rarely. Most Fortune 500 companies have been working on D&I, some for 30 years, not because it is the right thing to do but because it benefits their business. D&I enables them to draw from all talents within a community, makes employees more committed, increases the ability to solve problems, improves analytical skills and leaves a positive impression on customers. Shell is a good example for a mature D&I culture, just like Sodexo, a pioneer with regard to inclusion. And let us not forget IBM, a leading company for decades when it comes to the promotion of women. From my own experience, I can tell you that I have been recently invited by three global corporations that want to start making D&I one of their top priorities in the near future. This means that D&I is definitely gaining ground for community and economic reasons. The developments we have noticed with regard to work styles, e.g. flexible work, are beneficial to both men and women. I therefore think that improving an organization and developing women is better for everyone. But will that be enough? No, there is still much left to do.

“Female leadership” – in the sense of a serving, empathetic leader encouraging dialogue – is considered to be the silver bullet we need in order to transcend the “old”, profit-oriented, aggressive male business world. Does this categorization help women in executive positions or do you think that gender-based approaches may also be counterproductive?

I personally neither think that all men are aggressive and profit-oriented nor that all women have a serving approach to leadership. Based on my experience, I think we have to be careful with regard to expectations of female leadership. Much too often, one woman is thought to represent all women. Women are different from each other in so many ways, so I do not think that we should label women with all kinds of expectations that may hinder them in the short or in the long run. There is one main difference between men and women that cannot be overcome just by focusing on other things: men and women have different experiences in life because they are treated differently by society – at university, at work, in banks, in restaurants, or in hospitals. And the ability to look at the same situation from various uniquely different points of view is valuable to any organization.

Going forward, inclusion will have to be a vital topic for executives. Why do you think inclusion is still the exception, and what can companies do to change that? What would they gain from it?

While many (Fortune 500) organizations run diversity and inclusion programs nowadays, the inclusion aspect is sometimes understood and addressed to a lesser extent. This is due to the complexity of how inclusion is defined and made tangible. Most companies fail to turn the concept into actions with measurable goals. Too many people have no clue about the difference between diversity and inclusion. Inclusive leadership involves various behaviors like creating an environment where people can speak up without fear of retaliation, or it means that executives focus on the development of all of their team members vs. a select few  or being mindful of intercultural aspects of meetings such as aimingnot to schedule global virtual meetings for Friday afternoons or Monday mornings. Not only can you measure inclusion, but you can use the results and the data to improve your corporate culture and to make sure all talents in your team become visible, not just the usual suspects.

What are the benefits of an inclusive corporate culture?

An inclusive culture significantly increases employee commitment and, subsequently, productivity, reduces fluctuation, encourages innovation. It therefore has a positive impact on the bottom line. More importantly, highly inclusive cultures translate into great places to work, enhancing the Employee Value proposition. These are but the few benefits to name.

Pictures of the event: 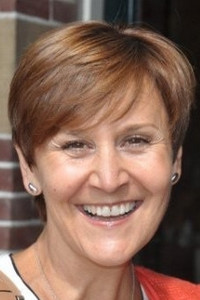 Josefine van Zanten has been Executive in Residence at the IMD business school in Lausanne since early 2018. In the course of her career, she has held several leading positions in the field of diversity and inclusion. At HP, she acted as Diversity and Inclusion Director for Europe, the Middle East, and Africa. In her position as Global D&I Vice President forRoyal Dutch Shell, she enhanced the company’s diversity and inclusion strategy and department. While working as Senior Vice President Culture Transformation Royal DSM, she was responsible for the areas of global cultural change and diversity and inclusion. She also worked as Group Head for Leadership & Organization Development for the building materials manufacturer LafargeHolcim.