On September 25, 2018, the WU Executive Academy hosted a panel discussion entitled "How to successfully implement AI and data driven business". Renowned experts discussed cases where big data projects are a success. They all agreed that there is an enormous need for qualified data scientists in Austria.

Artificial intelligence has become indispensable in dealing with big data. Data streams about customers and their consumer behavior are valuable for making business decisions as close to the customer as possible - and for digitizing new products and disrupting markets. Data scientists, who are experts on data analysis, data evaluation and data interpretation, are therefore in high demand. The Harvard Business Review recently named the "data scientist" the "sexiest job" of the 21st century.

Insights from practitioners and scientists

The evening was moderated by Helga Pattart-Drexler, Head of Executive Education at the WU Executive Academy and responsible for the "Data Science" program. Throughout the evening, the audience asked questions live via the web app Slido.

Wolfgang Kulovics, Head of Machine Intelligence Lab at sIT Solutions, the IT service provider of Erste Group, discussed with the machine learning expert and co-founder of the Semantic Web Company, Andreas Blumauer, Ronald Hochreiter, scientist at the Institute for Statistics and Mathematics at WU Vienna and lecturer in the course "Data Scientist" and Axel Polleres, Academic Director of the course "Data Scientist" and Director of the Institute for Information Economics at WU.

Companies in search of skilled workers

The question of how companies will deal with their data volumes in order to successfully derive business solutions from them quickly led to the conclusion that there is an enormous need for qualified personnel - and far too few trained experts.

Wolfgang Kulovics reported on experiences within the banking group with artificial intelligence and data streams. Erste Group has established various risk management models. For example, employees are informed at an early stage if George's system (an online banking tool) threatens to collapse. "It is difficult to implement data science in a company with 47,000 employees," said Kulovics. "First and foremost, we trained 50 employees as data scientists and implemented a data science competition." Andreas Blumauer, co-founder of the Semantic Web Company and expert on semantic data and machine learning, added: "The preparation phase for a data science project is tedious and its scope and level of complexity is often underestimated by companies.”

Top-down is not enough

Wolfgang Kulovics said that in order to convince board members and CEOs of the benefits of data science, it is necessary to get them on board as early as possible. Andreas Blumauer added: "Data science projects cannot be pure top-down projects. Interdisciplinary teams with innovative and hands-on employees from different departments is important and an experimental setup is too." All experts agreed that it was important to build up the expertise primarily internally. 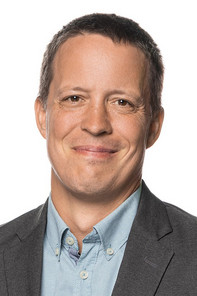 It is necessary for internal employees to understand how data science works and to be able to communicate its benefits. This prerequisite is not only limited to industries. In my opinion, everyone needs data science. So many previously non-digital disciplines and industries have already been disrupted.

Ronald Hochreiter, scientist at the Institute for Statistics and Mathematics added: "It is not necessary to understand every mathematical detail, the basic understanding is much more important in order to be able to communicate about data science". In addition to the ongoing transfer of knowledge, the development of a strategy paper is also important, Andreas Blumauer stated.

Such complex data projects require time, focus and endurance: "It takes at least one year for the respective organization to derive real benefit from the first project," says Blumauer.

In order to start projects, Axel Polleres recommended trying out cheaper software on a small scale. "Many things can go wrong, sometimes it is the poor data quality, sometimes the model is not good enough. Also some commercial software is faulty. I can only advise you to take the mindset from the USA and experiment and try a lot.