How Feminine is the Startup World: Do Women Found Differently?

Even though the global startup scene has been booming for many years, women are still an oddity in financing rounds or networking events in the internet startup scene. And if there are any women, they are mostly employees and not founders. According to the latest edition of the Austrian Startup Monitor, less than a third of Austrian startups were founded by teams including a woman. Around the globe, founding a company seems to be a man’s job. But why is that the case? Are women simply not interested in entrepreneurship? Prof. Nikolaus Franke, Academic Director of the Professional MBA Entrepreneurship & Innovation, has examined successful examples from the MBA alumni network of the WU Executive Academy, the WU Executive Club, that prove many stereotypes wrong.

First of all, many studies show that women are just as interested in being their own bosses, taking on responsibility, and experiencing the freedom of an entrepreneur as men. And still, the first inhibiting factor is biological in nature.

Mirela Pitu, owner and founder of Pi2 and Executive MBA Bucharest alumna, says,”It’s a matter of priorities. A woman in her late 20s to 30s focuses more on family and the prospects of being a mother. The window of opportunity is small, so the pressure to have children as well as external expectations push most women to prioritize accordingly.” Many support offers for parents, such as maternity protection and leaves of absence, require employment status. An entrepreneur cannot simply delegate the responsibility for her startup or hit the pause button. In a startup, the entrepreneur is simply irreplaceable. This fact deters many women interested in entrepreneurship from founding a company.

The Issue with Confidence

Apart from that, differences in personality also account for the divergent approaches to entrepreneurship. Women seem to be more inclined towards self-censorship than men.  Mirela Pitu confirms this observation: “The overthinking may be a disadvantage, as sometimes you just need to believe in yourself and fight until you make it happen. Moreover, if you can’t make it happen, you start all over until you make it. Women tend to overthink more, perceive obstacles stronger, and this comes with doubts and fear of failing.” If you are prone to self-censorship, you are unlikely to take the risk and accept the many unknown factors that come with founding an enterprise. On a related note, the opposite of self-censorship, overestimating your capabilities – a trait more common in men, according to conventional wisdom – might be a driver for entrepreneurship. But hubris makes for (unnecessary) mistakes. A tendency for self-aggrandizement explains, at least in part, why some male founders fail. So a healthy dose of confidence seems to be the ideal.

It is difficult to say to what extent these differences regarding entrepreneurship are caused by socialization or biological factors. There is, however, no doubt that successful female entrepreneurs are important role models. We can also see in our MBA courses that women gain a lot of confidence. They realize that they are just as smart, creative, and effective as men. So why not become a female founder? 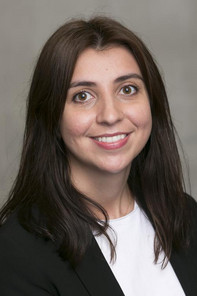 The most important characteristics of a founding team are experience, talent, capabilities, and the way the team trusts and respects each other, and none of those things has anything to do with gender.

You could add that diversity is extremely important in a founding team. More and diverse backgrounds in a team equal more ideas, more perspectives, and more competence. This goes for factors such as educational background, skills, values, strengths and weaknesses, but also gender. This is another reason why successful female entrepreneurs have to be aware of their importance as role models. Being modest would be downright irresponsible.

It’s All About the Environment

Another factor that tends to scare women off is the entrepreneurial environment, as capital is usually also dominated by men. Andrea Rinker adds: “Regarding the venture capitalists - if you look from our side to the venture capitalists scene – how many of them ARE women? Very few, if at all. I think the entire industry needs a fresh approach, not just the startup community from the founders’ side.”

There are different analyses that show evidence of how disadvantageous this male dominance can be for women. A research project at the Institute for Entrepreneurship & Innovation at WU showed that supposedly “infallibly rational” venture capitalists suffered from what is called a similarity bias. In other words: presented with equally creative ideas and otherwise identical circumstances, an engineer will favor a team of engineers, a venture capitalist with a corporate background will prefer a corporate spin-off, and a man will probably go for the all-male team. This is a problem, and it would be great if more qualified women pushed their way into the entrepreneurial scene.

And What About Politics?

A supportive environment can change a lot. Oana Vaideanu, multiple founder and Executive MBA Bucharest alumna, knows what role politics plays in this context: “In the entrepreneur community that I am part of, many women started a business after having a baby, wishing to have the flexibility to spend time with the family and to organize the work around their own priorities. In this regard, politics plays an integral part. In Romania, the state offers some targeted funding for companies started by women.” In many countries, political awareness of this issue has led to the introduction of special funding schemes for women. After all, there are grave social ramifications if women with an entrepreneurial mindset do not live up to their potential, resulting in a loss not just of innovative ideas but also significant prosperity and labor market effects. We need more female founders! This is why we launched special scholarships for female leaders at the WU Executive Academy some years ago, which actively aim at enabling more women to pursue an MBA and, both directly and indirectly, motivate more women to found an enterprise.

The latest edition of our Entrepreneurship & Innovation Insights series by Prof. Nikolaus Franke

More about the MBA Entrepreneurship & Innovation 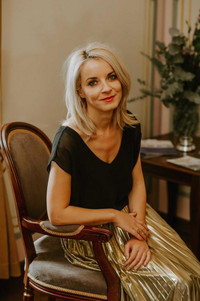 Mirela Pitu is owner and founder of the Bucharest-based PR agency Pi2 and Executive MBA Bucharest alumna. Before founding Pi2 in 2008, Mirela worked in an agency, offering substantial strategic and subject-relevant advice to international clients for many years. 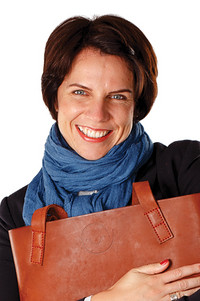 Oana Vaideanu, Executive MBA Bucharest alumna, is multiple entrepreneur and, as of 2017, self-employed business consultant. She previously worked as a sales manager and managing director at Hamm-Reno Romania, the Romanian subsidiary of the HR Group, one of Europe’s largest shoe retailers. In the course of her studies, she fulfilled another one of her dreams and founded an enterprise that manufactures high-end purses for women. 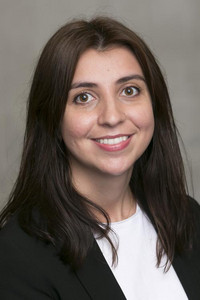 Andrea Rinker is founder of Next Wave Management, a company that specializes in eCommerce and supply chain strategy within the fashion industry and The Cloud Wardrobe, specializing in sustainable luxury fashion. Before she became an entrepreneur, the Professional MBA Entrepreneurship & Innovation alumna gained extensive professional experience in the European luxury goods segment.