Contributing to the development of the industry

The energy industry is in a state of transition. Demand for energy is growing worldwide thanks to population growth and rapid industrialisation. Meanwhile, concerns about climate change are leading to investments in renewable energy. Many oil and gas companies are responding by using their expertise to break into the offshore wind industry.

When you complete your MBA in Energy Management at WU Executive Academy, you’ll learn about various aspects of the energy industry, including renewable energy as well as traditional sources like oil and gas. Here are a few ways oil and gas companies are breaking into offshore wind and how your MBA can help with this transition.

One issue that the oil and gas industry is contending with is what to do with oil and gas offshore platforms that are nearing the end of their lifespans. These decommissioned platforms could find new life within the renewable energy sector. For example, a report by the Energy Delta Institute found that abandoned offshore platforms could be used to convert energy from nearby offshore wind farms into gases like hydrogen and oxygen. These gases would appeal to niche markets that are seeking “green gases” while also improving the long-term financial viability of both the decommissioned platforms and new wind farms.

Decommissioned oil and gas platforms may even be reutilized as support bases for new wind turbines. Korea National Oil Corp., for example, is currently studying whether one of its gas platforms can be converted into a wind turbine when its lifespan ends in 2021.

It’s not just oil and gas platforms that are supporting wind farms. In fact, the reverse scenario - whereby wind farms support oil and gas platforms - is also viable. For example, Equinor, the Norwegian state-owned oil company, is exploring building a wind farm to provide power to nearby oil and gas drilling operations. Since the current practice of producing power from gas turbines on platforms is expensive, the plan could help Equinor cut costs.

Powering oil and gas operations with wind is a sign that renewable energy and the oil and gas industries can work together. In fact, many leading oil and gas companies are diversifying their portfolios by making inroads into the offshore wind market. One case in point is Shell, whose Houston headquarters students in our MBA degree program have visited during their international residencies. Shell is an oil and gas giant, but it is making big investments in the offshore wind sector, such as by building the first large wind farm in the North Sea and investing in wind farm developments off the coasts of New Jersey and Massachusetts.

Knowledge transfers are happening between oil/gas and wind power

During your part time MBA, you’ll have a chance to learn about recent trends affecting the energy industry, including by meeting experts in both the wind and oil and gas sectors. One trend has been the transfer of knowledge from oil and gas to wind. For example, since the offshore environment is highly corrosive, the relatively new wind industry is contending with the corrosion of turbines. Oil and gas has built sophisticated systems for handling corrosion in offshore infrastructure. As a result, wind energy companies are turning to oil and gas companies for help combating corrosion.

The oil and gas industry is also supporting the transition to renewable energy by utilizing expertise in steel jackets. Steel jackets are steel platforms usually used to support oil derricks in waters that exceed 20 metres in depth. They are now being used to support wind turbines, which will allow turbines to be installed in water up to 80 m in depth. That is significant since it could push wind farms further out to sea, where the energy potential of wind is much higher.

Do you want to take your career to the next level?

Contact WU Executive Academy to learn more about our MBA. 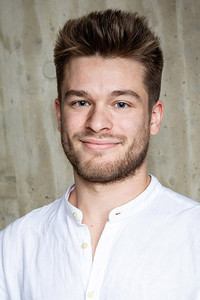