Personal findings from the somewhat different quarantine in the Mediterranean Sea

When WU professor Sebastian Kummer, Academic Director of the Logistics & Supply Chain Management Certificate Program at the WU Executive Academy, embarked on a voyage from France to Turkey with his catamaran “Blue” in mid-February 2020, he could not have predicted how much self-management, serenity, and sangfroid he would need. It was only after 2,800 sea miles (or 5,200 kilometers) and 81 days that his unusual sailing trip came to a happy end. Read on for the top nine leadership tips Sebastian Kummer gleaned from his coronavirus-induced odyssey across the Mediterranean Sea.

“The coxswain does not prove himself under clear blue skies but during storms and tempests.” This famous dictum by the Catholic Doctor of the Church Peter Chrysologus of Ravenna came closer to the truth for Sebastian Kummer than he would have appreciated: the sailing adventure of the logistics expert from Vienna started as the perfect vacation and almost ended in a tragedy.

Between the port of Les Sables-d’Olonne on the French Atlantic coast and the coastal resort of Göcek in the south of Turkey, where he was to deliver a brand-new catamaran, waves were made not only by actual thunderstorms but also by the authorities of the various countries whose territories he crossed with the catamaran. While he was on his trip, the coronavirus had arrived in Europe and brought political restrictions and closed borders in its wake, all of which affected maritime traffic. Following his decision to let the crew (consisting of friends and acquaintances) off the hook in Mallorca, where they disembarked safely, and to stay on his boat by himself, Sebastian Kummer went from being a professor who relocates boats to a pirate practicing single-handed sailing. He hid from the Turkish coast guard, had to ration his canned food and drinking water, and negotiated with a mysterious middleman who finally freed him from his quarantine. For Sebastian Kummer, this sailing odyssey, which found media coverage all over the world, turned into the best kind of quarantine he could have imagined. To many others, an odyssey like this would have been a pure nightmare.

Just as the fervent seafarer who had sailed the Atlantic and the Pacific before set out on a journey into the unknown, many leaders currently have to take a leap of faith: they have to navigate their companies through difficult crises, without a doubt sometimes feel alone and all by themselves, they have to make tough, clear-cut decisions under pressure, and often find themselves facing dilemmas for which there are no easy solutions.

Sebastian Kummer has nine tips for managers how to keep mentally fit in order to sail through the (coronavirus) crisis unscathed.

Sometimes, we have to break fresh ground, meaning we have to take risks. This was also true for Sebastian Kummer when he decided to sail on without his crew despite the looming coronavirus crisis. 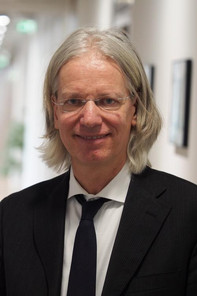 Continuing the voyage on my own after Italy had closed its borders was admittedly a bit nuts. I knew that there would be thunderstorms at sea. But I had always wanted to practice single-handed sailing.

What reassured him in the face of this risk was knowing that his children were all grown up. His intuition did the rest: “I just knew that everything would work out.” His Prussian side also played a part in this decision: “I wanted to complete my task and reach my destination.”

2. Trust Yourself and Your Abilities

“During a crisis, people can become incredibly resourceful,” Kummer says. The biggest challenge for the single-handed sailor came at night: he had to wake himself up every 15 minutes to adjust the rudder. “Whenever I was near the coast I could not sleep at all. It would have been too dangerous,” Sebastian Kummer remembers. Out in the ocean, ships can use their sea anchors to drift along, which is impossible when they are near the coast. “I knew that I had enough experience and skills. But I also needed to trust the boat. After all, we say that the boat is mightier than the man.” For this reason, he had to conserve his energies, “which is also essential for leaders who want to make it through a crisis.” In his case, it meant setting the alarm clock on his smartphone to go off every 15 minutes or even stay awake at times. “Once, if the alarm had not woken me, a Greek ship would have almost run me down.” With a so-called “last-moment maneuver” he was able to turn the ship just in time and save himself. Nevertheless, he insists that fear is a bad advisor. Instead, Sebastian Kummer focused on trusting himself, taking responsibility for his actions, staying calm – and keeping his sense of humor. He shot funny videos, sent them around, and found many followers on social media.

“Try to prepare for a possible crisis or storm: think about what you need, your equipment – and then dance,” Kummer says. Our mental composure decides how we deal with a crisis. When storms come our way, we need to find a safe bay as soon as possible. Applied to everyday life, this means that uncertainty is a leader’s constant companion. “Focus on consistency to make yourself feel safe: regular meetings, transparent information exchange, and employees on whom you can rely,” Kummer advises.

4. Make the Best of Every Situation and Find New Solutions

When Kummer, clad in bathing shorts and a T-shirt, was threatened at gunpoint by a Greek coast guard on his boat sailing under a Turkish flag, he remained calm: “I was not afraid that he would shoot me but rather that a wave would make him stumble and cause his machine gun to go off. That was a moment I certainly did not enjoy.” He was escorted back to the open sea by the guard boat. Very soon, bad news arrived from Pitter Yachtcharter in Göcek: Turkey had closed the border for maritime traffic as well. From that point, Kummer was in fact traveling illegally: he could neither turn nor anchor off the Turkish coast if he did not want to land in prison as an illegal immigrant. So he decided to circumnavigate the problem: with the help of his sailing guide he managed to hide in small coves between the two countries. He also considered asking the monks of the Monastic Republic of Mount Athos for asylum, but their monastery was already seeing the first coronavirus cases – plus, as it turned out, sailing there would have been very difficult. For managers, he has the following tip: “Look for unconventional solutions and avenues of escape. If there is no way around it, mobilize all of your strength and make the best of your situation,” Sebastian Kummer says.

The adventurous professor lay low like a pirate in what used to be a Turkish pirate bay: “The boat would have been allowed to anchor, only I as a German could not have disembarked,” he says. He wrote mails, gave interviews to the press, and worked on a book about his coronavirus odyssey and his textbook “Einführung in die Verkehrswirtschaft” (Introduction to transport economics). The structure of this “new normalcy” gave him back a sense of safety.

6. Be a Leadership Pirate

It was Steve Jobs who once said, “Why join the navy when you can be a pirate.” Being a free thinker and, in the spirit of democratic leadership, letting everybody contribute are key. It goes without saying that we should not go for anything illegal, even if Kummer did not have a choice in Turkey: “I had to switch off my radio in order to hide from the coast guard.”

“Do not let yourself get distracted by concepts, models, and political rules. Instead, direct your thinking towards solutions and lucidity,” Kummer says. Otherwise, you risk getting weighed down by prejudice and fear. Clear thinking involves weighing the motives of others rationally and taking risks based on your assessment.

8. Focus on (Technical) Expertise and Skills

“When things get rough, this becomes more important than ever,” Sebastian Kummer adds. “Know-how is and remains the best insurance to rely on in a crisis.” This also means that leaders should trust their employees’ skills and actively tap into the know-how that is available across the company.

“In a crisis, we often have to make difficult decisions very fast,” Sebastian Kummer says. Once he lost control over the sail and it moved toward him. Within seconds, he had to decide when to let go of the sail and duck to make sure the rope would not cut him. He could have been either fatally injured by the sail or had his fingers cut off by the rope. “Rational thinking won’t help you in a situation like that, you need to trust your instincts,” Kummer says. Luckily, he caught the right moment, saving his life and his fingers. “Never trust witless management concepts you find in a book when it comes to an emergency,” the professor concludes.

For more information about our leadership programs, please click here. 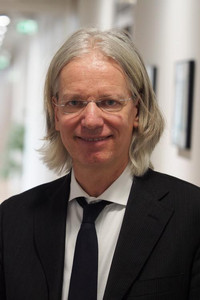 Sebastian Kummer, Head of the Institute for Transport and Logistics Management at the Vienna University of Economics and Business and Academic Director of the Logistics & Supply Chain Management Certificate Program at the WU Executive Academy, ranks among the leading logistics experts in the German-speaking countries. His worldwide renown is owed not least to his sailing odyssey at the outset of the coronavirus pandemic. 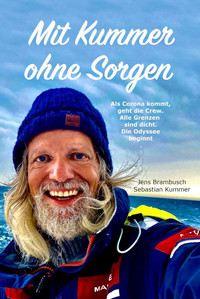 Sebastian Kummer recounted his remarkable journey in his book "Mit Kummer ohne Sorgen" (Kummer's guide to life without worries), which he recently co-authored with his sailing buddy, journalist Jens Brambusch.