Touchdown for Wall Street in 2020?

The waiting will soon be over: it is Super Bowl time again. Almost a billion people around the globe are expected to watch the 54nd final of the National Football League live. The highlight in the year's sporting calendar and international mega event keeps not only sports fans on tenterhooks—but also Wall Street: If the Super Bowl Indicator is to be believed, the stock-market prices will go up or down in the coming year, depending on whether the Super Bowl is won by the team from the National Football Conference (NFC) or by their rivals from the American Football Conference (AFC). So for those playing the stock market, an NFC win would be the optimal start to the 2020 trading year. We asked Prof. Manfred Frühwirth, Member of WU Vienna's Department of Finance, Accounting & Statistics and long-standing lecturer at the WU Executive Academy, whether the indicator is more than the result of chance: Is there indeed a link between the outcome of the Super Bowl and the performance of stocks on Wall Street?

Since 1967, the theory that an NFC win heralds an increase in the share index of the S&P 500 (500 largest companies having common stock listed on the NYSE or NASDAQ)for the coming year while an AFC win foreshadows a decline, has been right 41 times out of 53, which represents a success rate of 77%. Although this may seem high, it does not have great statistical significance. The Super Bowl takes place only once a year, and so we have very little data. “When it comes to making predictions about the future, you always need to keep the following in mind: The more data you collect, the narrower the so-called ‘confidence interval’ will be, and the closer you will get to a 50% success rate. Last year's prognosis was wrong: 2019 turned out to be one of the most successful years in the history of Wall Street. Over the last 25 years, the S&P 500 has only outperformed 2019 in three years, even though the New England Patriots (a team from the AFC) had won the Super Bowl,” says Prof. Frühwirth.

The actual problem with the indicator

From a finance perspective, there is neither a rational reason nor a theoretical model to justify the assumption that the outcome of the Super Bowl has an influence on the performance of the stock market. Apart from that, the Super Bowl Indicator relies on a correlation that is purely binary in nature: The stock market will go up or down depending on whether an NFC team or an AFC team wins. “If a correlation truly existed, it would make perfect sense to think that other aspects such as the difference in score also have an effect on how well the stock market will fare in the coming year. However, this is not the case. What is more, the Super Bowl Indicator includes data collected more than 50 years ago, but the stock market environment has undergone fundamental change in recent decades. All of this is problematic,” explains Prof. Frühwirth and adds: “The high success rate is the result of retrospective interpretation: Since the indicator is selected on an ex post basis, it can be tweaked until it correlates with at least your sample. If the Super Bowl did not fit the bill, we might now be talking about the influence of basketball, ice hockey or baseball on the stock market in the coming year. And if yield predictions were off target with regard to the current year, they could still be on target with regard to the current month. If all else fails, tinkering with the selection of the stock index may help. As you can see, virtually anything is possible. Eventually, there will always be something that seems to correlate with something else.”

The fact that there are nonetheless many persistent superstitions surrounding the Super Bowl Indicator has to do with a phenomenon experts refer to as the illusion of control (which is one aspect of overconfidence). People are reluctant to admit that certain circumstances and aspects of life are beyond human control. As a result, they are constantly looking for patterns and cause-and-effect relationships, persuading themselves that they are in control. 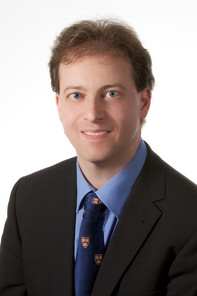 In life in general, and with regard to stock market performance in particular, they, therefore, overestimate the extent to which results are predictable but underestimate the significance of chance. “We believe we have full control of the world around us when in reality we do not.

Soccer, the movies and behavioral finance

Apart from the Super Bowl oracle, there are several similar phenomena in finance that are often attributed to how the mood of investors influences their risk aversion: According to some pieces of research, for example, the stock market is also affected by what is showing at the movies: A broker's mood upon leaving the movie theater has a direct bearing on his trading behavior the next day.

There are many reasons investors generally fail to make rational decisions: They are not always able to take in the full complexity of situations, have seriously distorted perceptions of risk, show inconsistent preferences or let their emotions guide them. In Manfred Frühwirth's opinion, that is what makes behavioral finance so exciting: “Unlike traditional finance, it specifically takes into account human psychology, meaning the results it produces reflect reality more closely. Behavioral finance is, therefore, a key topic of the WU Executive Academy's Professional MBA Finance.”

Manfred Frühwirth is a professor at the Department of Finance, Accounting & Statistics at WU, a long-standing lecturer at the WU Executive Academy and former Academic Director of the Professional MBA Finance. Currently, he is writing a new book on psychology in finance entitled "Behavioral Corporate Finance".